Why Do People Play Poker? 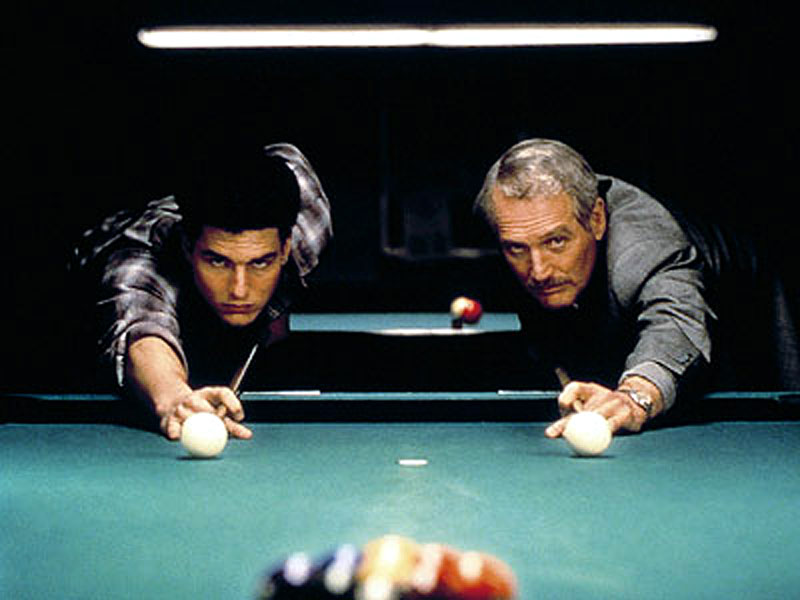 Money won is twice as sweet as money earned.

Paul Newman as ‘Fast’ Eddie Felson
The Color of Money

If you get to the point where you understand the reason your opponent plays poker, you can begin to formulate a plan to exploit him.

For the longest time, I was under the assumption thereason people play poker is to make money. This simply is not true. Only a small percentage of players are lifetime winners at poker, perhaps as low as 5–10%. Sometimes small stakes winning players will even move up to higher stakes where they quickly get crushed for amounts larger than their previous winnings.

Why, then, do people play poker if they know they are unlikely to win?

Why do people play slot machines? There is no way anyone can ever win in the long run playing slots. Giant casinos are built on this very fact. Occasionally some people do win, and win big. Consistent small loses seem to be tolerated by most players for the opportunity for that one big score. I see myself as a slot machine. There is no possibility, in the long run, I could ever lose at a low stakes poker game. But occasionally I do lose, badly.

The number one reason why people play poker is simply to gamble. There are many forms of gambling and poker is just one of the ways people can participate. The most popular form is perhaps the lottery. The stock market is a form of gambling. Sports betting and casino games are popular as well. The worst example of gambling is the slot machine. They are just awful and I never understood the appeal of mindless pushing a button. For some, the preferred form of gambling is poker. The common thread among all forms is the willingness to accept a negative long term expectation for the possibility of short term gain. When you think about gambling in those terms, it begins to make a bit more sense. Our society is full of examples similar to gambling, and is often referred to as risk-seeking or having a high risk tolerance.

I’d say the second most common reason people play poker is pure entertainment. A lot of people go out to the casino and play poker on the weekend just for something to do. It’s a very social atmosphere where you can drink alcohol, get dinner, and maybe watch the game. For some it’s an opportunity to get away from the spouse and kids for a few hours. These players prefer to win, but are not upset when they lose. If they get lucky, they can actually have a great evening with a good story. When they lose, it wasn’t their fault, just bad luck.

Some people play poker simply because they are addicted gamblers. These people gamble until they are out of money and playing poker is the method of choice. Poker is a form of gambling which can take a long time to go broke. The game is relatively slow compared to other forms, plus it provides the opportunity for social interaction at the same time. This combination is what draws addicted gamblers to the tables.

Because poker is a game of skill and variance, some players are under the delusion they are skilled at the game. Often this is due to some initial good fortune. The worst thing that can happen to a new player is to get lucky in their first few sessions giving them the impression of skillful play. Usually, they end up losing more than they would have if they lost initially and quit.

There is a group of players playing poker for a psychological need to dominate others. These people are classic narcissists. Usually intelligent and sometimes even winners, they play aggressively because they like the feeling of bullying people. Bluffing more often than most players, they enjoy letting people know their level of intelligence. One particularly annoying trait is how they love to point out, and correct, the mistakes of their opponents. Poker feeds their insatiable egos.

I know many people who play poker simply because they really have nothing better to do. Spending 30–40 hours a week in the poker room despite other commitments like jobs or family, some would rather play poker than sleep. Most of these players are break even players, but some wealthy people in this group will lose enormous sums of money. A lot of retired people like to play poker and they usually have enough money to absorb the losses they sustain. More often than not, they are filling a void left by their old jobs.

Aspiring poker professionals make up another group of players. If you are reading this, you may be in this group. Some people will play poker with the hope they will be able to support themselves doing so. Some will succeed. Most will not. These players are usually young, fairly intelligent and tight with their money and chips.

A final reason people like to play poker to gamble is social acceptance. The poker table has unusual social dynamics. Everyone likes the losing player. Even a losing player who is unlikable, is tolerated for the opportunity to take their chips. When I sit down at a poker table, people grumble quietly to themselves. Most don’t like it when I sit at their table because I usually win, and they don’t want me there even if they like me as a person. This unusual social dynamic is fairly unique to poker, and leads people to believe as long as they play they can always find a place to be around ‘friends’. If they have to pay a few hundred bucks to fit in, well that’s just OK.

This can all be seen as a sad commentary on society, but there it is. Take the good with some bad. In time you will be able to identify what type of player your opponent is and why he is playing. Doing so is key in prying them away from their chips.

Before moving ahead, ask yourself:

Why do you play poker?

Excerpt from “Calling is for Losers” by Jason Grad