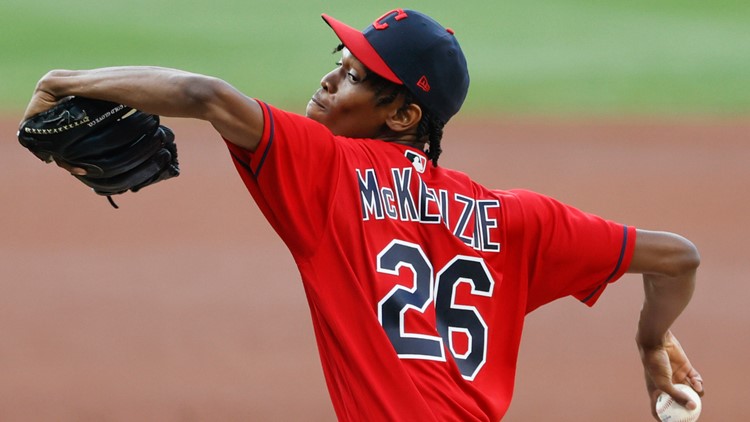 The Guardians won 7-0 last night to complete a two-game sweep in San Diego. Cal Quantrill pitched seven scoreless innings allowing just five hits against the Padres, the team that drafted him in 2016. Jose Rameriz homered twice for Cleveland providing all the offence they would need on the day.

The Guardians travel north to Seattle today to take on another playoff-bound team in the Mariners. The two teams hold nearly identical records each sitting 10 games over 500. Cleveland holds a four-game lead over Chicago in the American League Central, while the Mariners trail the Astros by 12.5 in the west but maintain a 2.5 game advantage over Baltimore in the wild-card standings. This is a key series for both clubs and could be a preview of an American League wild-card round playoff series.

The Mariners dropped a 3-1 decision to the Nationals yesterday. Julio Rodrigues hit a solo shot for his team’s only run. The 21-year-old rookie became the Mariner to join the 20/20 club with his 20th home run of the season to go with his 23 stolen bases.

In another amazing feat, Mariner pitcher George Kirby became the first pitcher in MLB since 1988 to start a game with 24 straight strikes. Kirby finished the game with 7 innings allowing 8 hits and just one run allowed. The day would end in disappointment however for Kirby when his teammates were unable to provide much run support and the bullpen allowed 2 runs in the 9th inning.

The pitching matchup today features Triston McKenzie coming off a career-high performance last week with 14 strikeouts. It was Triston’s third consecutive quality start as he begins getting attention as one of the league’s rising young stars. Marco Gonzales goes for Seattle who has been inconsistent in many of his starts this season.

I have been riding the young star Triston Mckenzie in many of his starts this summer and I will continue to do so today. He was spectacular in his last start and I expect him to continue to be so as his confidence continues to grow. He has an impressive WHIP of just 0.96, but his Achilles heel this season has been giving up too many HRs. If he can reduce the long balls, he could become a dominant pitcher and the ace of this staff as they head into the playoffs.

These two teams are very evenly matched, but I do like the pitching matchup for Cleveland today.

The White Sox knocked off the Orioles last night 5-3, but I will not allow that to deter me from backing Baltimore again tonight. I am not convinced that Chicago is the better team in this series despite what the lines maker seems to think.

Lance Lynn had a rough start to the season which saw him start on the IR and then had several bad starts out of the gates. His results have been better of late as he begins to return to the form we have come to expect from him. I have been betting against Lynn nearly the entire season, however, and I will do so again today. I see no real reason for favouring the White Sox in this matchup.

I’ll take the value offered once again on the upstart Orioles.

The Blue Jays continued their dominance of the Red Sox last night but needed extra innings this time to get in done. It was Toronto’s 7th win in Fenway already this season and they enjoy a season series record of 12-3 record over their divisional rival.

The matchup does not get any easier tonight for Boston as they are forced to send out young Kutter Crawford to the mound again tonight who got rocked in his last outing lasting only 3.2 innings while giving up 9 runs to the Orioles. It does not seem likely he will fair much better against the Blue Jays who have owned Red Sox pitcher this season, particularly at Fenway.

Toronto sends Kevin Gausman to the mound tonight who is unfortunate to sport an even 9-9 record. He is generally considered to have pitched much better than his stats would suggest this season and could be a very dangerous opponent in the playoffs. Another quality start for Gausman tonight should make another Blue Jay win tonight highly probable.