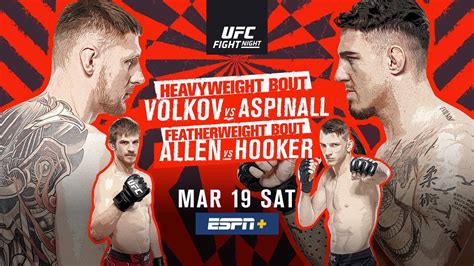 This is an exciting afternoon card from the O2 Arena in London. The crowd will be 20,000 strong all massivley cheering a card full of home town fighters. I am excited to be releasing two UFC Best Bets on this ticket.

There are a few reasons I do not like Dan Hooker in this fight.

The crowd will be massively in favour of his English opponent. Dan is a veteran fighter and will say that the crowd jeering him will not make any difference, but really how can it not? It is more than just the noise. The overall energy in the O2 arena will be electric and whoever manages better will have an advantage. This will be an advantage for all the British fighters on this card.

Hooker is moving down in weight classes from lightweight to featherweight for this fight. Dan has fought here before but that was over five years ago. Anytime I see a fighter move weight classes after a loss, it is a major red flag to me. It essentially is an admission on the part of the fighter that he can no longer compete for title at his current weight and needs to change his opposition pool to remain relavent.

Hooker lost his last fight badly to Islam Makhachev and it was not even close. Dan essentially took one for the team when agreeing to fight Islam because no one else wanted any piece of him. Hooker was exposed in his grappling and submission defence in that fight.

Prior too that Hooker was exposed by Michael Chandler who viciously knocked him out. Once a fighter gets knocked out like that, the chances of it happening again increase dramatically. It is both emotinal and physiological response. All these things combined suggest it could be a very difficult day at the office for Hoker.

Arnold Allen is undefeated in the UFC at 7-0. He is technically sound in all aspects of his game, wielding the ability to dominate his fights regardless of where it goes. I expect him to have a significant strength advantage over Hooker as he comes down in weight class.

Dan Hooker may have a slight striking advantage in this matchup, so I expect Allen to pressure him in close and take this fight to the ground. This is where Allen will have the major advantage and I do not forsee Hooker being able to prevent it. This should be a unanimous decision win for Arnold Allen after controlling all three rounds.

I strongly believe Tom Aspinall will be a future UFC Heavyweight Champion. This fight sets up as a classic gate keeper matchup for Aspinall to announce his presence as a true title contender. In order for Aspinall to get through this gate, he will need to pick apart Volkov. I am confident he has the skill set to do just that.

Tom has a speed advantage in this matchup. This is troublesome for Volkov as he typically relies on his own speed and range advantage to out point his opponents.

Aspinall also has a slight advantage if the fight should go to the ground. I see him taking Volkov down in order to secure rounds if the standup is close. This could be the differnce in the fight if it should go to the judges. A couple of timely takedowns for Aspinall could swing an otherwise competative fight into an unamimous decision.

The knock on Aspinall is that all of his UFC fights thus far have ended quickly and he does not yet have a lot of octagon experiecnce. Volkov in contrast, has tonnes of expereince and survived several wars. He will attempt to wear Aspinall down with pressure and strong cardio. Tom howevr, is well aware of his deficiency in this area and I expect him to be prepared gruelling night.

I forsee another unaminous decision for the home town UFC crowd in the main event.

Sign up to my Newsletter to get all my Best Bets in the NBA, NFL & UFC delivered directly to your inbox by 1 pm EST daily for just $20 per month with new subscribers getting their first two weeks free.