Is Poker a Sport? 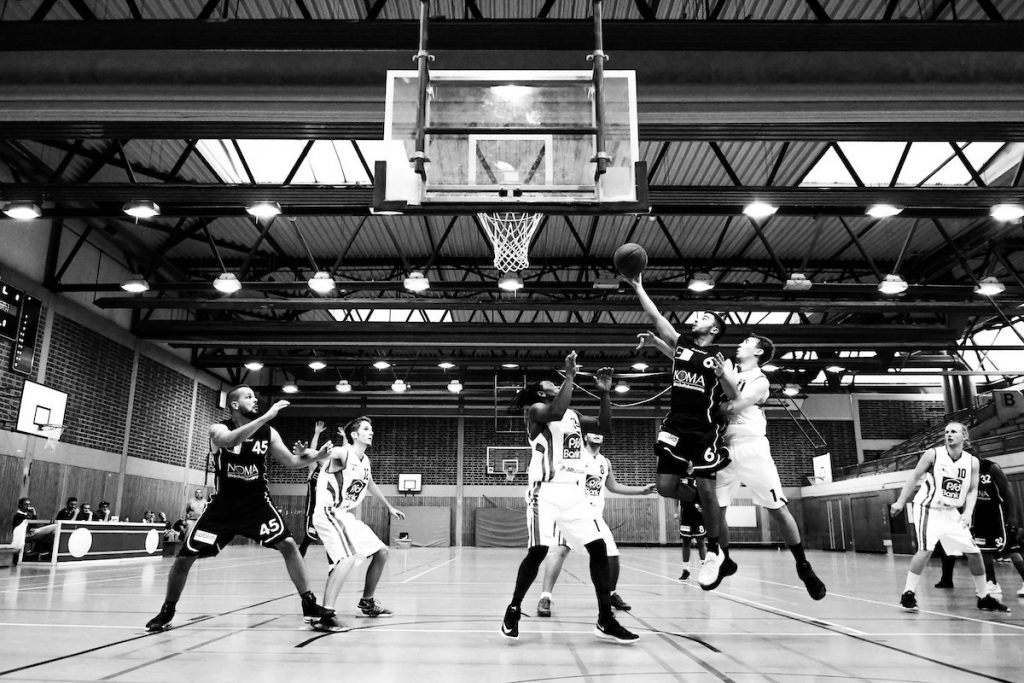 This is a complicated question.  A question that different people will answer differently.  Let’s start by defining the word sport.

A sport is an activity involving physical exertion and skill in which an individual or team competes against another or others for entertainment.

So according to this definition a sport must contain the following elements;

Let’s begin to break down this list starting from the bottom.

Competition.  There is very clearly an element of competition in poker.  We keep track of the score constantly by how many chips we have.

Skill.  As a professional poker player myself, I can state unequivocally that poker is a game of skill.  Uninformed people about the game may think that this is not the case?  They would be incorrect.  What poker does have that many sports do not is a large element of luck.  I prefer the term variance.

All sports, you could argue have luck involved.  In poker however, the presence of the luck factor is highly pronounced.  On any given day, the best player in the world could very reasonably lose to the worst player in the world.  How many sports can you think of that this is the case.  I struggle to come up with even one.  Now the longer the poker game continues, the less likely that luck is to play a factor.  In an infinitely long game of poker, the best player will always win.  This makes it difficult to determine who the best player is in a reasonable amount of time.

Physical Exertion.  One could observe a typical poker game and see several overweight and inactive people sitting around a table for entire days at a time and quite reasonably suggest that there is absolutely no physical exertion going on.  I would generally have to agree with that, but let’s look a little closer.

Have you ever actually tried to sit motionless at a table for more than 10 or more hours at a time without getting up and moving around?  It is actually more difficult than you might first think.  If you are out of shape, you could certainly begin to feel discomfort in your legs, back and neck.  Headaches are common also.  Try doing that seven or more days in a row.  Players that are in better physical condition will be better equipped to deal with this.  It isn’t quite the NFL, but the effects are not negligible either.

The other thing to consider is the ability to maintain focused concentration for an extended period of time.  All the best players are able to do this.  Should this be considered a physical exertion?  I would ague yes.  At the very least it is a skill, which also fits into our definition.  It could easily take many years for a person to develop the ability to settle their attention solely on one activity for many hours at a time.  I still struggle with this as a professional.

It would appear that all four elements associated with being a sport are present in poker.  Despite this argument, I am still not convinced of poker’s status as a sport.  I will elaborate.

Poker has associated with it a lot of negative side consequences.  Poker is not a positive experience for most people.  Most people lose playing poker.  This means most people lose money playing poker.  For some, this isn’t a major concern.  For others it can have devastating consequences.  I doubt that in many sports people could lose their entire life savings or even their friend and family by playing their favourite sport badly.  This is not the case for poker.  If you play poker badly over a long period of time, you risk losing everything in your life, and I mean everything.  I have seen it happen to people.  It is  a serious problem that can be devastating.

The money factor also prevents people from competing on a level playing field.  Rich people are frequently able to compete with the best players in the world simply based on the size of their wallet and not on their skill level.  That in itself is not fair and will not result in the best form of competition.  Poor people, on the other hand, are often prevented from playing at the highest levels solely based on the fact that they do not have the money to buy into the game.  Having a sizeable bankroll to play poker also comes with psychological advantages over someone playing with ‘scared money.’  How can you truly determine who the best players are if all players are not given an even playground to compete?  There is a very real possibility that the best poker player in the world could live in a small village in a poor country and has little opportunity to ever travel to enter a major poker event.

It is for these reasons that I would not consider poker to be a sport.  I do believe that the game could be changed enough to make the conditions into a sporting environment.

Firstly, the ‘sport of poker’ would not be played for real money.  Entry into the game should not be based on one’s ability to pay, but solely on your skill level.  You can add prize money for the winner at the end if you like, but there should not be an entry fee required to enter.  This would put all players on an initially level playing ground.

Secondly, something would be needed to be done about the short-term luck factor.  In order for poker to be played as a sport in a competition similar to the Olympics, there would need to be a way to level out the luck factor in a short-term completion.  This could be done.  The use of computers in the game are already prevalent.  The game could be adjusted so that everyone was dealt the same hands but not simultaneously.  The players could be judged on how they performed based against their opponents decisions in the same situations.

This would not be easy to set up, but it is possible.  Similar competitions have already been conducted in heads up matches.  In this way it would be conceivable that you could determine who the best player is in a competition that took only a couple of days to complete.

That is the purpose of a sport isn’t it?  Determine who the best player is, period.  It could be done.  I doubt it ever will.  It is fun to speculate, though.

So to wrap up, in its present form, I would not consider poker to be a sport.  The definition I prefer is a ‘Game.’  I found this definition from the Collins English Dictionary.

“A game is an activity usually involving skill, knowledge, or chance, in which you follow fixed rules and try to win against an opponent or to solve a puzzle.”

Let’s just agree to call it a game and continue to enjoy it.