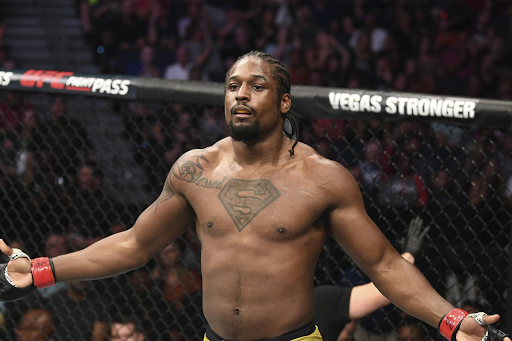 Ryan Spann gets the opportunity to take a big leap up the Light Heavyweight division by taking on UFC veteran Anthony Smith. Spann has won 5 of his 6 UFC fights thus far and is known for having a cannon of a jab and KO power in both hands. His tremendous reach gives him a range advantage against most opponents. He utilizes a wide open stance to leverage his reach advantage in combination with his jab and the straight right or uppercut. This stance does have a downside as it does leave him vulnerable to leg kicks.

In his one UFC loss, Spann made a bad tactical error hanging on to a take down attempt on Jonny Walker far too long and got pummelled with hammer firsts until he was knocked out. I don’t expect he will make a similar mistake again and will keep to a far more simple strategy of knocking his opponent out.

Anthony Smith is the big favourite in this fight and frankly he is the more well rounded fighter. He is a BJJ black belt and if this fight does go to the ground, he should have a big advantage. He may be able to take Spann down, but he needs to be cautious of Ryan’s deadly guillotine which he has used to choke out 8 opponents to date. I expect him to take advantage of Spann’s wide stance and attempt multiple multiple leg kicks to alleviate some of the pressure he is likely to experience. Because of these advantages, my first instincts were to pick Smith to win this fight.

However, Anthony’s career does seem to be levelling off as I have not seen much improvement in his skills over his past few fights. The peak of his career seems to have been his five round decision loss against the champ Jon Jones. Since then, his role in the UFC seems to have transitioned into that of gatekeeper, or someone new and upcoming fighters such as Spann, need to get through to get their own title shots.

He is a veteran of 51 career fights already including 15 in the UFC. This is a big number and I do start to worry about fighters as they start to accumulate totals like this as their speed can start deteriorating and their chin can to soften leaving them vulnerable to being locked out. Regardless, Anthony is not called Lionheart for nothing and I would never question his heart.

So after laying all that out, I really do not see this fight getting out of the first round. Both of these men are going to be throwing bombs from the opening bell looking to end the fight quickly. Only 8 of Spann’s 25 career fights have even seen the second round so I would think his chances of knocking Smith out should be at least 50%. Ending the fight early will also negate some of the Smith’s advantages I previously laid out.

Overall, either of these fighters could easily win this fight. I like taking the extra juice in this spot as I think Spann should be at least a pick’em or perhaps even a small favourite. It should be a great fight and I fully expect an early TKO.

This is a classic style matchup of a power knockout fighter against a wrestler/grappler.

Devin Clark has the odd distinction of being choked out by each of the main event fighters, Smith and Spann. But in this fight, he will be looking to close the distance and possibly get a takedown to control his opponent and avoiding his power.

Cutelaba will be looking to knock out his opponent from the opening bell, going balls out from the beginning. He does tend to gas out quickly as he doesn’t pace himself well. I picked him to lose his last fight against Dustin Jacoby that the judges deemed to be a draw, but I very clearly thought it should have been a loss for Ion. I have to question Cutelaba’s fight IQ as he tends to do questionable things during a fight and doesn’t seem to manage his emotions well.

This fight should end either by a first round KO by Cutelaba or unanimous decision for Clark. I would think the later to be more likely and I question why this line shouldn’t be reversed.

If you want to keep getting my best UFC fight selections, be sure you keep checking this blog regularity my Daily Picks.