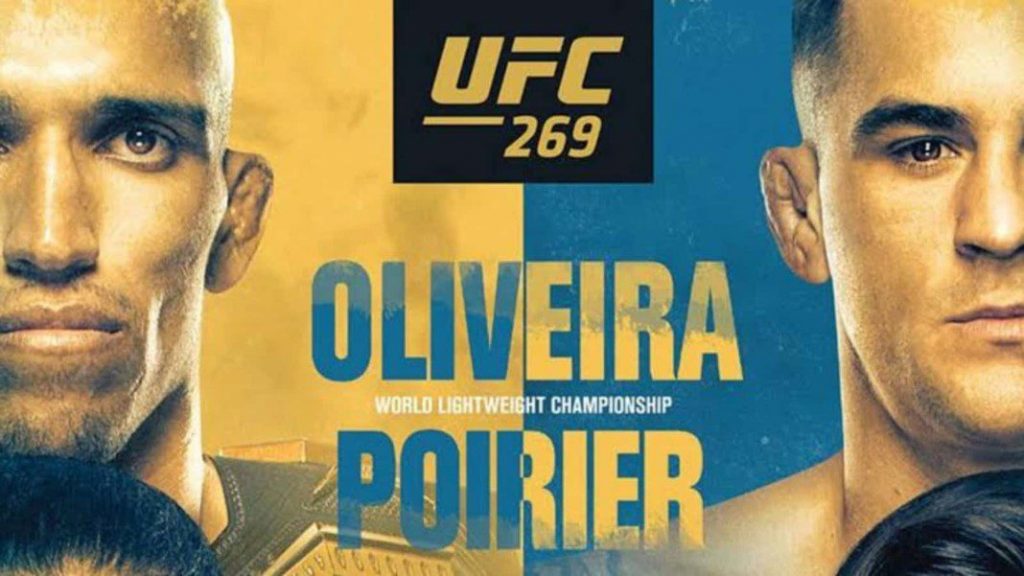 UFC 269 is one of the most anticipated cards of the year. The main event will be a great fight pitting two proven champions.

But in my mind, Poirier is the actual champion, not Oliveira. If you recall, Dustin took the money fight against Conner McGregor instead of the title shot. I do not hold that against Dustin as every man need to grab that money when it is available to feed his family and secure his future in career as unstable as a UFC fighter. I get the sense however, that Dustin’s story is still not complete and ends with a belt being wrapped around his waist.

Charles also has a great story coming up from poverty in Brazil to become UFC champion. He struggled through many hard years with everyone doubting him slowly improving his craft. But now that he has reached the top of that mountain, would anyone blame him for not being 100% focused on the monumental task currently confronting him?

The next thing I looked at was the complete body of work these two men have assembled. When stacked side by side, Dustin’s resume does look more impressive. He of course has the two knockout wins over McGregor, but honestly I am more impressed with the three wars he prevailed in against Dan Hooker, Max Holloway and Justin Gaethje. Each of these victories are wins showed the character, guts and skill of Poirier.

Charles has a very nice victory over Tony Ferguson in the twilight of his career. Of course he also knocked out Michael Chandler to take the belt earlier this year. The title fight is slightly tarnished however because I do not feel Chandler was deserving of the title shot and really does not even rate in the top 5 in the division. Chandler also very nearly knocked Oliveira out in that contest before getting caught by the beautiful left cross that knocked him down.

The is little debate who has the advantage here if this fight goes to the ground. Oliveira is as slick as come on the ground and has an incredible 19 submission victories under his belt. Dustin would be wise to avoid this position if possible, but it is likely he will find himself on his back at least a time or two during the fight. In fact, this may be Charle’s best path to victory if he can consistently find ways to get take downs. Oliveira also holds the advantage in distance striking with his long reach and technically perfect Muay Thai.

The area where Poirier holds the advantage is in the boxing and at close range. Dustin’s timing and power is going to be a problem for the champ and is the reason he is favoured in this fight. Dustin will pressure and close distance attempting to land his power shots. If he can do that without being taken down, he will find success.

Poirier should also gain momentum as this fight progresses. It is in the championship rounds that I expect him to start taking control of this fight. This is when fighter’s wills get broken and souls crushed. Dustin has proven himself in these spots where Charles has not. In fact, Oliveira has never even had a fight enter the fourth round in his entire career.

I see this fight ending in the late rounds by way of knockout in favour of Poirier. I think Dustin’s relentless pressure and power will be too much for Charles to handle and he will ultimately submit after taking a big shot. If the fight does goes to the judges, I would lean to Poirier as well with him landing more strikes particularly in the later rounds.

I have been eagerly waiting for UFC 269 and this title fight for months. It will exciting regardless of the victor.

My UFC picks for the year are 59-25 +18.7 units for the year including an 8-1 mark in my $$$ star selections. Be sure to check out my Daily Picks page regularly for all my free selections as I am also preparing my NBA analysis starting next week.