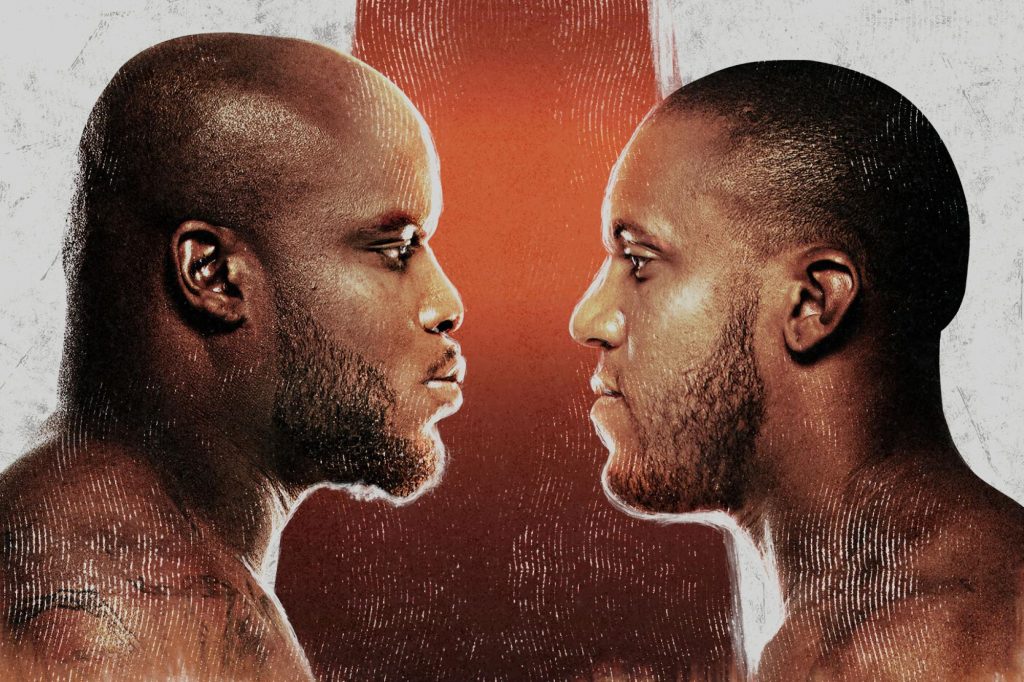 Derrick “my balls are hot” Lewis is the most entertaining fighter in the Heavyweight division today. His post fight interview with Joe Rogan after knocking out Alexander Volkov with just 10 seconds left in the fight, still rates as one of best in the history of the UFC. He is a fan favourite because of humour and devastating knock out power and will be in the glory of his home town Houston crowd.

It has been a crazy ascent up the heavyweight rankings for Lewis, one which you would have to admit was extremely fortuitous. He has been badly outfought in several of his fights including a few that he has won. No more so than his victory against Volkov, where the knock out came just seconds before he was about to lose an unanimous decision.

He was also losing badly to Curtis Blaydes when his opponent made an ill advised take down attempt leading with his head low and vulnerable to a devastating uppercut. It was a terrible mistake by Blaydes, particularly knowing he was winning the standup exchanges and really did not need to get the takedown to win the fight.

He also won a very fortunate decision against Francis Ngannou, who had his very worst performance of his career in the matchup. This particular fight is often referred to as the worst fight in the history of the division with both fighters almost refusing to even exchange blows.

As much as I like Derrick as a character and entertainer, he is an extremely one dimensional fighter. He is well known for having a tremendous heart and chin and his knock out power is unmatched by anyone in the history of the UFC. But as for all that technical stuff like timing, speed, or even cardio, just seem unimportant to him. As long as he keeps knocking out his opponents, he will keep getting big profile fights.

Ciryl Gane, on the other hand, is another upgraded version in the next generation of heavy weight fighters. He is a classically trained kick boxer who has been extremely impressive in every fight in his spotless career. He has an enormous advantage in this matchup in the striking. It is very reasonable to say that the only thing Gane needs to do to win this fight is go 25 minutes without getting knocked out.

He should be able to pepper Lewis with his jabs and mix in some leg kicks to keep his bigger stronger opponent out of range. In doing so, he should stay out of danger of getting cracked by the devastating overhand right of Lewis. Of course that does not preclude the possibility Gane getting a knock out victory himself. Ciryl has also shown the ability to pick up submissions if his opponent becomes compromised.

The only other potential pitfall for Gane is finding himself on his back with Derrick on top of him throwing down bombs. This potential seems quite unlikely to me as Ciryl also has big advantage on the ground and Derrick’s take downs are less than impressive. It would likely take a big knockdown to make that scenario a possibility.

After rewatching some of these past fights, particularly against their common opponents including Volkov and Dos Santos, this fight should not even be competitive. But as we have seen, Lewis will always have that puncher’s chance to knock out anyone, I just wouldn’t bet on it.