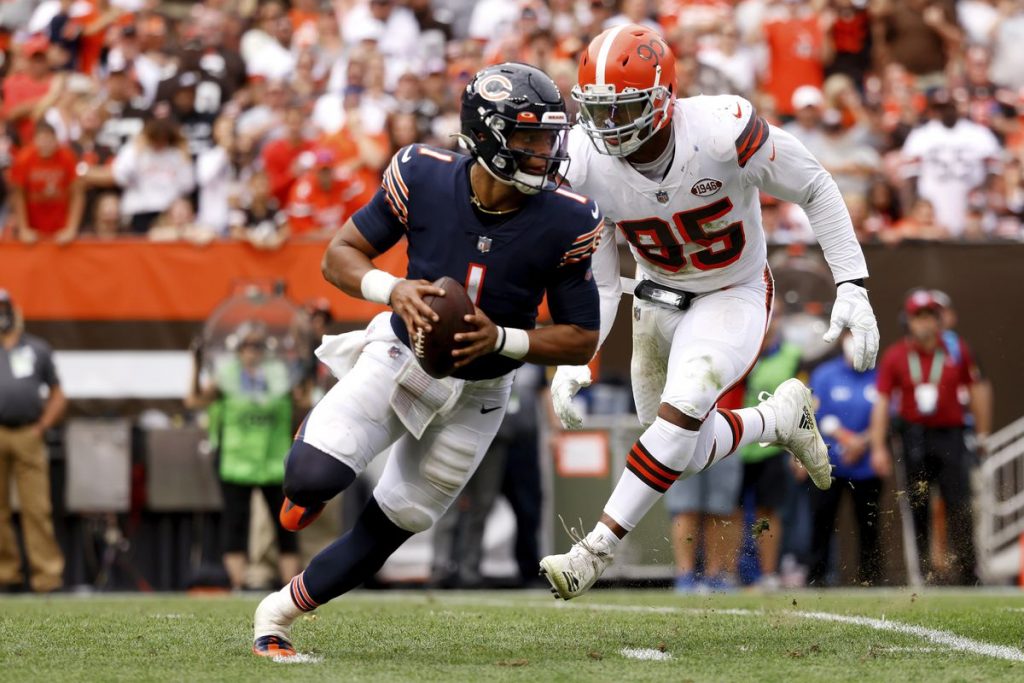 After three weeks of the NFL season, my spreadsheet has the Carolina Panthers as the top team in the NFL. That is why you cannot solely rely on numbers to make betting decisions. There a large handful of teams I would rate higher than Carolina including the Dallas Cowboys. The Panthers numbers through three weeks are bloated tremendously by the good fortune of playing the three teams in the bottom third of the NFL including the Saints, Texans and the bottom feeding Jets. It is difficult to project how many points this schedule bolstered the power rating of the but it could be as much as three to four points.

The Cowboys in contrast, played road games in TB and LAC, both of whom are likely playoff teams. They finished that off on MNF by crushing the Eagles. Cowboys will likely roll to a 11-12 win season and an easy NFC east title. Dak Prescott and his offensive line already look in late season form and the leaky defence from last season is actually looking better. They are still vulnerable to the pass, but they can now stop the run and have even forced some turnovers.

The biggest concern I have for the Panthers in this matchup has to be the status of fantasy football stud, Christian McCaffrey. This is a huge loss for Carolina and not someone that can be replaced. They will need to rely more heavily on the arm of Sam Darnold for this game and last I checked, he is just one year removed from being cut by the Jets. He certainly has played better for better team, but I am not yet ready to call him good.

Even this good Carolina defence will have hard time holding the Cowboys under 30 points so I am going to keep riding the Cowboys with my second double play on them in six days.

Lions and Tigers and Bears oh my! Two bad teams here but one is much worse than the other. The Bears had 1 yard passing against the Browns last week, 1 yard, singular. How is that even possible in the NFL? 9 sacks for (-67) yards is how. It’s not like they put a ‘buck fiddy’ on the ground either, with just 46 yards rushing on 13 attempts.

How did the Bears even manage to score 2 FGs in that game? They had more yards on a 48 yard pass interference penalty, than their total yards for the entire game. This could have been the worst offensive performance I have ever witnessed in my 40 years watching the NFL. Justin Fields was running for his life the entire game and Andy should return under center this Sunday, but I don’t think it will matter. The Chicago Bears will be a routine play against team until further notice.

As for the Lions, they got totally screwed out of a win at home last week against the Ravens. There was an obvious missed delay of game penalty one play before the miracle 66 yard NFL yard FG. What a way to lose a game. That kick would not have been good from even a single inch further as it bounced off the cross bar straight up into the air falling just over the bar. Crazy shit like that is why the NFL is, and always will be, the king of all sports entertainment.

Detroit did not look look that bad in that game at all and I do like them to get their first win of the season in Chicago. The line is fluctuating between (-3) and (-2.5) so I would either take the or the money line if your book has the (2.5).

The Browns completely destroyed the Bears last week as I detailed in my last selection. I don’t know how much credit the Brown’s deserve for the victory considering the complete collapse of the Bears’ offensive line, but the did play well. If they can get half the number of sacks and pressure that had last week, it should be another win. The Browns were 4-0 against the NFC East last year so that makes it 5 straight wins in non-conference play. They tend to struggle in their division and against elite teams as we saw already in their week 1 matchup against the Chiefs where they pretty much choked away a huge win in the second half.

Vikings play a fast paced game and want to outscore they opponents on their fast turf. Cleveland is going to slow this game down and establish their running game early. It is a formula that works tremendously well when executed without turnovers. When they do fall behind, Baker Mayfield is as capable as anyone at making plays down the field at clutch time, but that is not their preferred game plan.

I like the Browns to get an early lead in this one and get just enough stops on defence to hang on the whole way.