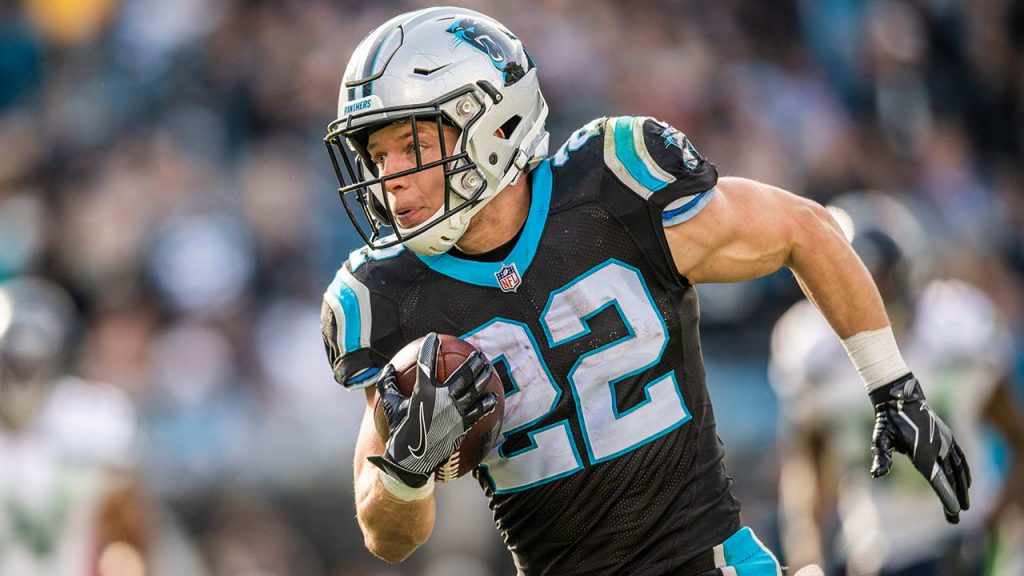 I don’t really understand what happened in the Saints 38-3 opening day win against the Packers. Sometimes in the NFL, and all sports really, results happen that really cannot be explained and this was one of them. A 35 point victory against Aaron Rodgers is a freak of nature result that the public is surely looking and concluding the Saints are far better than they actually are. I would say it is far more accurate the Packers simply imploded and it wasn’t because of anything Jameis Winston did.

The Panthers took care of business against the Jets last week and now play their second straight home game to open the NFL season. Christian McCaffrey had another huge game last week and is an absolute stud, especially in fantasy. Sam Darnold was sharp with a simple game plan, get the ball to McCaffrey and don’t turn the ball over. Darnold gets 1.5 stars for that game plan as Christian had 30 touches, but he did have a lost fumble. It was still enough to get the victory against his old team and I expect more simplicity from the Panther offence today.

This should be a tight division game and I love getting the extra field goal or more at home with a team that can move the ball consistently.

This is another ugly underdog pick. I like taking these ugly dogs and I even hit two of them in NCAFF yesterday going against both Georgia and Oklahoma as big favourites. This line is just too high in my opinion as the Jets are not as bad as the public thinks as I expect them to play better than they did last week against CAR.

Zach Wilson debuted in his first NFL start and didn’t look great but I still expect big things from this young man. He still needs to find rhythm with his receivers and should do so today, if the he can get time to throw. Protection will be key in the matchup and I’m sure Belichick will have some schemes to get pressure on the young QB.

Mac Jones played well his own debut, but he is not the type of QB to stretch the field and go deep regularly. This suggests they may not be the play as big favourites, but may be the right side as underdogs or small favourites.

I expect this game to be fairly low scoring close game and the total is just 43 which means the 6 point spread is going to come into play often. I think the Jets can put up 20 points or more in their first home game with their shiny new QB. That should be enough to get the cover in this game.

So I detailed the correct game plan to beat Mahomes and the Chiefs last week, get good pressure with a four man rush and drop back five into coverage. Last week, the Browns nearly pulled it off too and would have been successful it they had avoided turning the ball over.

Last week, the Ravens gave up 409 yards to David Carr. How many yards do you think Mahomes can go off for today with his receiver core which includes Kelce and Hill? The Ravens have some serious issues right now with multiple grouped injuries in their back field. Seeing the Chiefs come in under these circumstances is just a nightmare come true for this team. The Chiefs are sure to put up 31 points or more tonight.

I don’t like this Baltimore team to keep up and put up that kind off output. Even if they pull ahead early, I would not be confident of them hanging on to the lead.

I’m still flying high after my big day of NCAAF going 7-2 yesterday including the first double play of the year on Cincinnati. Looking for a big NFL day as well so make sure you check back on my Daily Picks several times a week to get my updated football selections.