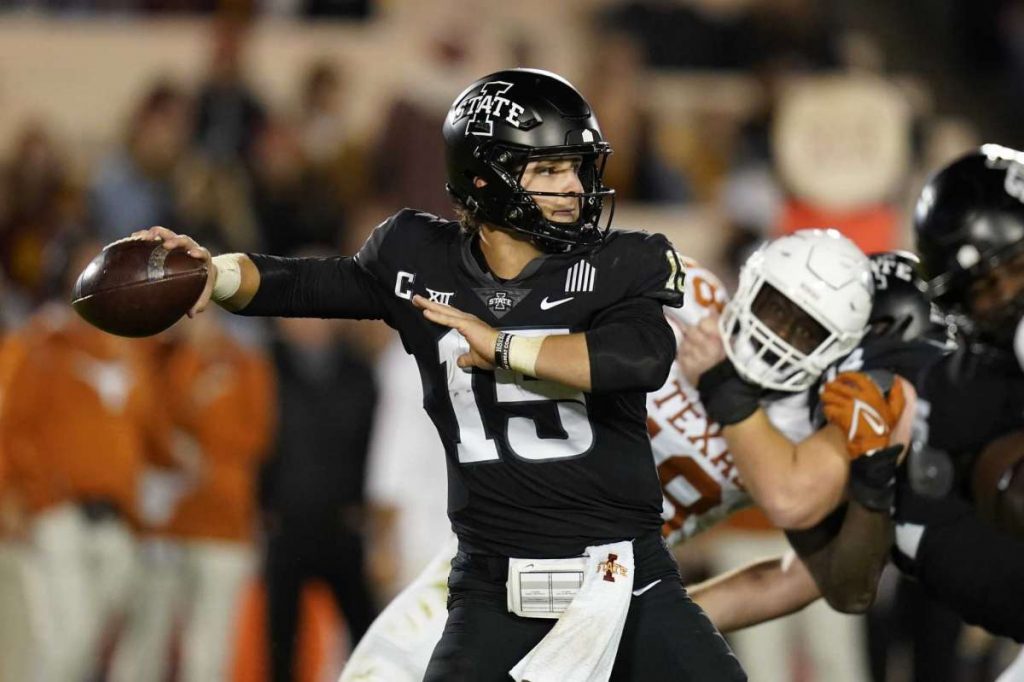 I backed the Cyclones last week and they did not disappoint getting a dominating win against Texas. Brock Purdy has been playing well but the true strength of this team is their devastating defence that shut down the Longhorns. This week they face a far inferior team in Texas Tech.

Aside from Kansas, the Red Raiders have been the worst team in the Big 12 this season. They opened the season with three straight non-conference wins and have only one semi-impressive win against West Virginia since. Their 70-35 loss to Texas is looking particularly bad right now and they were trounced again last week by 31 at Oklahoma. This does not look like a team that can compete against elite teams right now, even at home.

I have been backing the Cyclones all season with mixed results. I still feel they are an elite team and should dominate woeful Texas Tech.

The Spartans are not a good football team and I have been saying so for several weeks now. Despite their 8-1 record, their statistics suggest they are a below average Big 10 team. They really should have lost to both Nebraska and Michigan, so to me they are more like a 6-3. They have played quite a soft schedule this season and have two of their toughest games of season still left against Penn St and Ohio St.

I am not particularly high on the Terrapins, but this is a good spot for them getting 13 points against an over-rated Spartan team. Maryland has an aggressive passing attack lead by Little Tua who should score enough points to keep this game exciting and a back door cover is not out of the question.

The Boilermakers are giant slayers. They have more upsets of top 5 teams than any other team in NCAAF including two this year alone against Iowa and Michigan St. They have the opportunity for a third and to knock the Buckeyes out of playoff contention with a win. The key is this team believes they are capable of doing just that.

Ohio St is still an elite team and I do expect them to represent the Big 10 in a playoff game this season. But this game will not be a cakewalk. This line is far too high as I expect Purdue to hang around until the fourth quarter in a tough contest.

The Hawkeyes have excelled this season by feasting on opposition mistakes and turnovers. They were even ranked as high as #2 before their loss to Purdue. As the season progressed, their opponents made fewer mistakes and their path to victory became more difficult.

The story of this game is likely to be the same. Will the Gophers play mistake free football? They typically dominate their opponents with an elite offensive line and run the ball down your throat. This is an effective strategy when you are an inferior team, but makes it more difficult when your are favourites, thus explaining their losses to Bowling Green and Illinois.

I like taking good running teams when they are getting points like this game. If they can avoid turnovers, they have a good shot at getting a SU victory in Iowa City. The total for this game is very low at just 37, which makes the extra points even more valuable.

I really like the Utes, but this is not a good spot for them. They dominated Stanford last week 52-7 and now they travel to Tucson to face the Wildcats who are growing in confidence after their first win of the season.

My biggest concern for Utah is their impending huge game next week at home against the conference leaders, Oregon. It should be easy to see how this is a major look ahead game for the Utes. They should have no problem winning this game, but asking them to cover more than three touchdowns on the road is too much.

Besides, Arizona is not as bad a their record would suggest. By my rating, they moved past Stanford last week and are still ahead of Colorado. After finally getting in the win column, this team now has faith in themselves too and I expect another good effort from them this week.

My NFL picks were a perfect 6-0 last week and am now 44-39 (53%) for the season. Make sure you are checking out my Daily Picks page frequently to get all my selections for free. It is another huge upcoming weekend of NCAAF after crushing the line again last week for 15-7 ATS (82-52, 61.2% season).