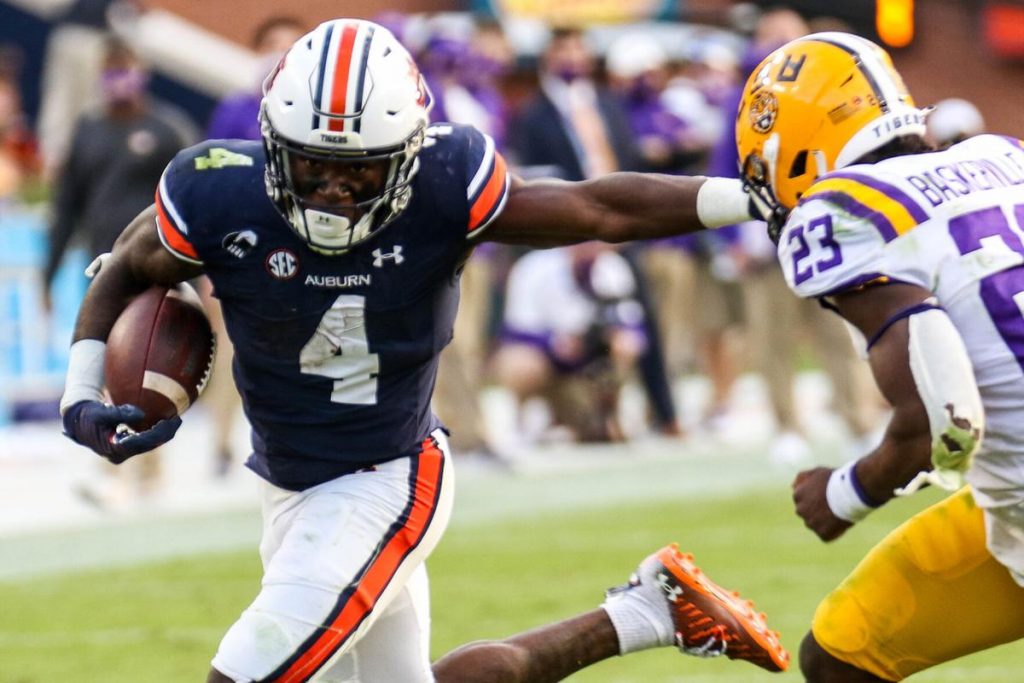 Auburn should have an advantage running the ball in this matchup running the ball with Tank Bigsby leading the charge. LSU run defence has not played well this season and that plays into their opponent’s strength this week. It scares me just a little each time Bo Nix steps back to throw but they have been dominated on the ground. This should be a close game and I can see Auburn being the more physical of the two teams having an advantage in the 4th quarter and getting a victory.

This is a matchup of two good 3-1 PAC 12 teams and on the surface it looks like a coin flip game withe the home field advantage. If you look deeper, I see UCLA as a stronger more disciplined team. They will be looking to dominate the line of scrimmage in this game. The Wild Cats have a lot of speed and talent, but lack grit and discipline. I expect the Bruins to run the ball and win the turnover/penalty battle which should be the difference in this matchup.

The Gophers lost to Bowling Green last week as (-30.5) favourites which is one of the worst upsets you will ever see in football. Despite that game, I still have Minnesota as the slightly better team in this matchup against Purdue.

Minnesota has a dangerous running attack but struggle passing the ball. That type of team will always struggle covering big points spreads but do tend to do better as small favourites or underdogs. They were guilty of looking ahead to this Purdue game overlooking Bowling Green and got their asses burnt as a result. I think they get their act together and recover from that embarrassing loss

We still have not seen how good this Ducks team can be as they really have only played one notable game so far. It was a big win however, beating Ohio St on the road. The betting public and the polls certainly have not forgotten that win either as they are the 3rd ranked team in NCAAF, but I feel Oregon is a bit over rated at this point in the season.

Covering 8 points on the road in a conference game will be tough against a decent Stanford team who had to play their first three games on the road. They are now on their second consecutive home game after losing a tough game against UCLA last week. I do expect them to to have a better effort this week with the opportunity for a huge upset. They already beat USC as 17 point dogs, but a win against a #3 ranked team could be even bigger.

I really hate backing the Badgers after they so completely blew up last week against Notre Dame. I bet on them in that game and it was aggravating to watch. Graham Mertz was terrible giving up 4 INTs and a fumble. The worst part of that game was watching them play “House of Pain” at Soldier Field after taking a 13-10 lead, then immediately surrendering a kick-6 after the ‘jump around’. It was all down hill from there and the public opinion on this team cannot get any lower than it is right now.

But having said all that, this is a terrible spot for the Michigan. The Wolverines have not won in Madison since 2001 and they are going to be in tough this weekend as well. They are a run heavy offence with the RB combo of Corum/Haskins but they are up against a Wisconsin defence that held ND to just 9 yards rushing on 32 attempts. Something has to give in that match up and I suspect Michigan will struggle to find rushing success.

If the Badgers could just stop turning the ball over, they would be a quality team. If they cannot win this game that sets up so nicely for them, I may never bet on the Badgers ever again.

I’ve had a great weekend last week of NFL/NCAAF season where I am already 17-11 (60.7%) and 16-10 (60.4%) respectively for the season, while going 4-0 on my double plays so far. Make sure you check back here regularly on my Daily Picks page for all my free selections and also check out my NCAAF early picks for this week.