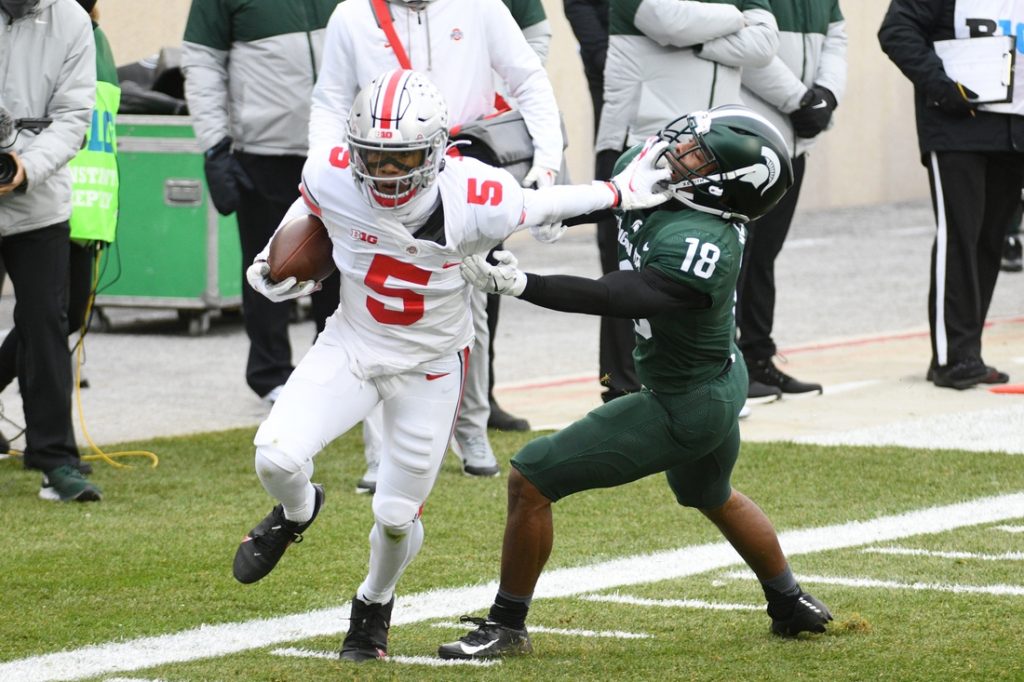 This is the Friday night game so be sure to get down early if you want to bet this game.

Not much to say about Arizona other than they simply are not as bad a most people think or their record would indicate. As for the Cougars, this is not the type of team who should really be favoured by more than 2 touchdowns against anyone. They do not run the ball well and tend to play low scoring games. That is not a good combination for covering big spreads. Give me the Wildcats to keep this one close.

The Sooners were exposed as I predicted last week in Waco against Baylor. The game was not even nearly as close as the 27-14 score would suggest as the Bears dominated this game on both sides of the ball. Oklahoma benefited by playing all their easy games early in the season but are now paying the price down the stretch with their three toughest games of the year to finish.

The Cyclones lost a close game to Texas Tech last week but my model still shows they are a quality team. Despite their 6-4 record, I still see Iowa St as a much better than Oklahoma. I am still waiting for the Cyclones to have their best game of the season and I expect a rebound effort after losing another close game last week.

Clemson is showing signs of life after a horrific start to the season. But this week the face a 9-1 Wake Forrest team that has really been the class of the division this season. There is nothing to justify this point spread being higher than 3 points other than program reputation and previous year results. I tend not to put much value in either of these things.

The Demon Deacons are the better team in this matchup. A close loss to UNC really cost them a chance at representing the ACC in a playoff game, but they are still in the hunt for the conference championship game. This should be a highly entertaining matchup that goes down to the wire and I like Wake Forrest to pull off this upset.

Purdue played very well on offence against Ohio St last week scoring 31 points, but they just could not contain the high octane Buckeye offence. That is not going to be the case this week as they face easily the worst offence in the BIG 10 in North Western.

Purdue is a quality team with all four of their loses coming against top end competition. This should be an easy blowout for the Boilermakers this week against the division bottom feeders Wildcats.

I have been betting against the Spartans all season and this will be the week they are exposed as the very average team the actually are.

The Buckeyes are peaking at the right time and absolutely rolled a high quality Purdue team last week. Their offence may be the best in NCAAF and are one of a small handful of teams that could challenge Georgia in the Championship game. This should be an easy blowout win for Ohio St who will be looking to prove they belong in the playoff.

Talking about teams that are peaking at the right time, well the Nittany Lions are doing the opposite. Penn St has now lost 4 of their last 5 games and seem to be getting worse as the season progresses. Granted 3 of those 4 loses came against top 10 ranked teams, but there was also the terrible loss to Illinois thrown in there as well.

The season is now essentially lost for Penn St and an emotionally letdown could be a result. This is also a look ahead matchup to their final regular season game against Mich St. An uninspired start could be a risk against the Scarlet Knights that lets them hang around in this game as the Illini did.

Besides, Rutgers isn’t that bad. I backed them last week as they trounced Indiana 38-3, so I am willing to do so again this week as big dogs.

I had another hugely profitable week in NCAAF going 17-8 last weekend including nailing both of my premium plays on PITT and Miss St. This is another loaded ticket so check back on my Daily Picks page for my late picks this week that will include two more premium plays.