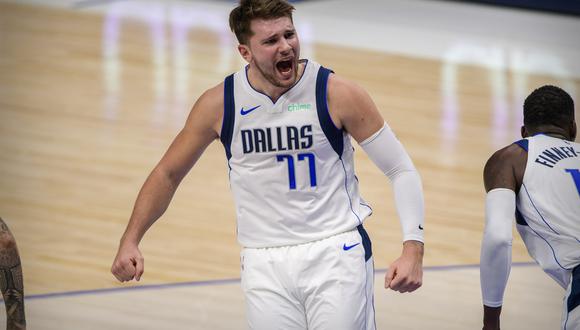 The Mavericks got an easy win over the Lakers practice squad last night improving my NBA best bet record to 25-12 (67.6%) for the season. Get my best bets delivered directly to your mailbox by signing up for my Newsletter.

The Cavaliers are in trouble. After sitting in the top third of the standing for much of the season, their season looks like it is starting to unravel. First Jarrett Allen was forced out with a broken finger. Now their talented rookie Evan Mobley is out with an ankle sprain.

The timing for the injuries could not be worst as the Cavaliers fight for a playoff spot. They are currently looking at a play-in game against the Nets. If they lose that game, they may have to beat conference semi-finalists from Atlanta just to snag a playoff spot that seemed in the bag just a few months ago.

No NBA team wants to play the Mavericks right now. Luka Doncic is playing like a future Hall of Famer and the team defence is smothering all their opponents. Spencer Dinwiddie is suddenly an all-star talent since escaping Washington. Dallas had a light scrimmage against a Lakers practice squad last night in a game that was never close.

Two months ago this line would have been flipped. Now I see no reason to expect the Cavaliers to win this matchup even at home.

Boston remains one game back of Miami and in third place in the eastern conference but a victory in this game would vault them into first place. A loss would drop the heat into third with Milwaukee stuck in the middle. Despite having nearly identical records, it should be obvious to anyone paying attention over the past several weeks that the Celtics are by far the best team in the eastern conference.

Boston was dealt a serious blow with the news of Robert Williams being ruled out for the rest of the season a torn meniscus. Williams will be missed, but I still think they are the best team in the East right now. The Celtics had a one-game road trip to Canada this weekend and didn’t even bother bringing three of their starters with them on the trip. It was an extreme show of confidence by the coaching staff that nearly paid off big. The Celtics played hard and nearly knocked off a very good Raptors team on the road.

I do not like the direction of Miami right now. They are not playing well and the roster simply is full of too many average players. Several of their stars are past their prime and a couple of their young guys don’t seem quite ready. It just seems a bad mix and I would not consider the Heat serious contenders right now. They will be hard-pressed to find a win in Boston.

This is a huge line for a pretty average Hawks team to be laying on the road. As for the Thunder, it is difficult to keep track of who is even playing for them most nights. They are battling with injuries again and their best player Shai Gilgeous-Alexander is out for this game. I do know that the Thunder have been one of the best teams all season when listed as big underdogs.

These are the stats you only need to know for this matchup. OKC is 46-25 (64.8%) ATS this season. Atlanta is 12-25 (32.4%) ATS this season on the road. Those numbers are enough to give the node to the Thunder here. OKC just seems to find a way to lose slowly and get covers.

This is just a ridiculous line. New Orleans is (-12.5) favourites in Portland? It seems unfathomable that the Trailblazers could have fallen this far this quickly, yet here we are. I check the opening day box score for the Blazers all nine players on the court that night are either traded or injured. Every player they received in trades is also injured. Frankly, I won’t pretend to know exactly who IS playing for Portland right now. But I do know they are not an NBA-caliber team.

Portland has been losing regularity by double digits most nights and this despite having a very soft schedule of late. In this current homestand, they lost to the Spurs, Thunder, and the Rockets twice. It seems they are in full tank mode in hope of getting a high draft pick.

The Pelicans had a spirited comeback win against the Lakers in their last outing. They seem destined for the second play-in game now so there is the reason for hope in New Orleans. If they stay healthy and continue playing well, they could be rewarded with a first-round matchup against the Suns.

The Pelicans should win this game and the only question is by his much. I see them getting out to an early lead then hanging to get the cover.

This is the game of the night showcasing two of the top teams in the western conference. Frankly, I cannot make sense of either of these teams. The Suns look merely good on paper yet continue to destroy everyone team in the NBA even without Chris Paul. The Warriors on paper look incredible yet can’t even beat Washington or Orlando.

At first glance, the big line for Phoenix seems unjustified. But going purely on recent results it could be reasonable. Bet this game if you must, but I cannot decide who I like.