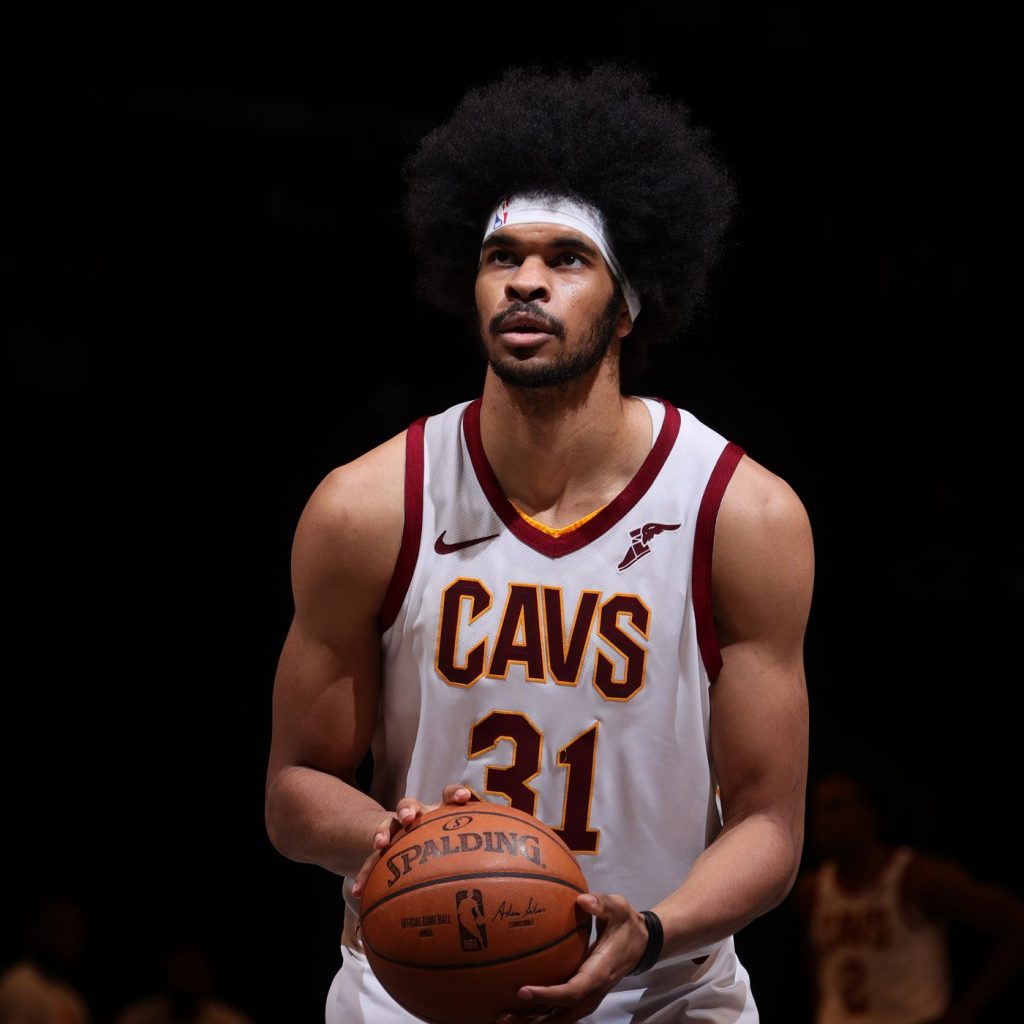 Devastating news for the Nets as the Kevin Durant is now out for 4-6 weeks with a sprained MCL. The situations gets even worse as Nic Claxton and LaMarcus Aldridge are also both currently listed as out. They are now depending heavily on rookie Kessler Edwards and aging veteran Blake Griffen to soak up most of the minutes at the the 4 & 5 spots.

Kyrie Irving will dress for this road game and James Harden will be his usual self, but the rest of this lineup is not a playoff caliber team. The will be hard pressed to keep up with the young and talented Cavaliers who are sporting a four game win streak and looking to make a return to the playoffs for the first time since 2018.

I look for Jarret Allen to have a big game in this matchup against the short handed Nets, so if you are playing fantasy he may be someone you will want to pick up. Darius Garland is playing great ball too, with 27 points and 18 assists in the Cavaliers comeback win over the Thunder on Saturday. Evan Mobley is also the leading candidate for rookie of the year right now.

The Nets were already a box of chocolates prior to the KD injury. Last week alone they blew out the Bulls in Chicago, then went on to lose by 21 at home to the Thunder. I suspect the Cavalier’s speed and youth will be too much for them to handle in this matchup.

What has happened to the Hawks? This team still looks very good on paper and is essentially the same lineup the upset the 76ers last year. But this year the Hawks can’t stop anyone right now. They are rated 30th in the NBA in defensive efficiency over the past two weeks. For more information on who is Hot and Not, check out this article by Luke Anton from LWOS.

The Hawks recently dished Cam Reddish to the Knicks for what seemed a fairly cheap price. I suspect the team’s recent defensive woes may have contributed to the team parting ways with Cam. The Hawks may need to shake more things up or they will be in serious danger of missing the playoffs the year after their breakthrough playoff run.

Jrue Holiday is still out with an ankle injury, but the Bucks are still the deepest team in the east and can absorb his loss. The Bucks have been struggling lately with 3 losses in their last four games, but a trip to Atlanta to face the defensively absent Hawks, may be just what the Bucks need.

The Mavericks are one of the hottest teams in the NBA right now. They have won 8 of last 9 and are playing with a lot of confidence now they are at full strength. Last week they knocked off the Grizzlies on the road to stop their 11 game win streak. Kristaps Porzingis’ resurgence this season has been a big boost to the Mavs and he seems to be at full strength after spending time in quarantine.

But the biggest reason for the Mavericks recent success is a result of a dedication to team defence. To read more about how the Mavericks are Bought into Defence, check out Dylan Guest’s article from LWOS.

The Thunder remain near the floor of the NBA standings in the west once again this season. Even with such a big line, I would be hard pressed to back them here. They do have a couple of young talented players including rookie Josh Giddy, but this team a long way from being competitive.

The Spurs have been struggling to score lately, but the recent play of Dejounte Murray has been very encouraging. He narrowly missed a 30 point triple double this past week in Cleveland. Jakob Poeltl has been solid for the Spurs as well.

Despite their dismal 16-27 record, I still feel there is value in the Spurs. They really should have more wins than they currently do and I expect them to move up the standings and at least push for the final play-in spot. They need to find a finishing touch in order to do so as they seem to be losing too many close games. Logically the Spurs should be a better play getting points rather than as favourites.

The Suns are still good, but consistently laying 5 or more point on the road in the NBA is a difficult task even for top rated teams. This is their fourth game of a five game road trip for the Suns that has been perfect so far. They have two days off before heading to Dallas to wrap up the trip. This may be a spot for the Suns to let down ahead of a key game a couple days away. Deandre Ayton also left Saturday’s game with a right ankle sprain and is likely out for this matchup.

I like the Spurs to at least keep this one close.

As the NFL season wraps up, I will be focused on the NBA going forward with my Daily Picks so be sure to check in regularly for all my free selections.