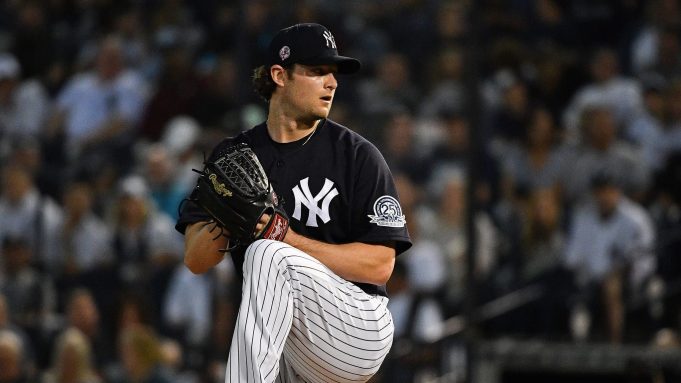 I took the Yankees last night in MLB action and oh boy they did not disappoint. They covered the (-1.5) plus a couple of touchdowns for a 16-0 win in Pittsburgh. The Blue Jays broke their five-game skid despite scoring only twice in Oakland and spoiler my over-pick. My July picks make a small uptick to 10-4, +7.23 units.

The Yankee’s bats broke out their min-slump with a couple of converted touchdowns against the Pirates. Meanwhile, the Red Sox are looking a bit lifeless in recently scoring just 14 runs in their past 5 games.

The Red Sox send a rookie starter to the mound for the second consecutive night with Josh Winkcowski. In his first five MLB starts, Josh has looked promising, but there are a few things I notice about his stats so far. Firstly, he has not faced a team with a winning record. Secondly, he has given up only one home run which is quite good, but I feel this was perhaps a bit lucky as his total number of hits was still high. Winckowski may be in for a shock tonight facing the big bats of the Yankees. Let’s see if he can keep the Yankees in the ballpark to give the Red Sox a chance to win this game.

What needs to be said about Gerrit Cole? He is still dominant and near the top of the American league in Whip and Ks/9. The Yankee’s bullpen has also been stellar this year so there is little reason to believe the Red Sox can cash in more than three runs tonight.

The Baltimore Orioles are still my favourite value team in the MLB right now. They just finished a three-game sweep of the Rangers and now have their sights set on the .500 mark for the first time in years. They play fundamental baseball with good fielding and base running.

Jordan Lyles has not been great this year with a high Whip and ERA, but he does have a favourable matchup tonight. Rookie Chase Silseth goes for the Angels tonight making his 6th start of his MLB career. His numbers are just good enough to keep him in the rotation but are not very impressive so far with 22 hits and 5 HRs in 21 IP. Ohtani got a win for the Angels last night in Miami almost single-handedly to halt a four-game slide. He will need some help tonight for the Angles to get it done again.

Everything points to a value play on the Orioles in a pick’em situation and they should extend their winning streak to 5 games.

Justin Verlander is dominating this season with just 64 hits allowed in 97 IP. Justin has gone under this total in 10 of his 15 starts this season so there should be value here. Today he faces the light-hitting Royals owners of a team BA of just (.240).

The full game money line for this game is as high as (-350) on Verlander and the Astros today. Taking this prop is a good way to get action on the dominant pitcher without having to lay the heavy price tag. If the Astros manage to get a large lead in this game, it is hard to see him pitching past the 7th inning. This should make it even easier to stay under the total.

Subscribe to my SubStack to get all my daily Best Bets in MLB, NCAAF, NBA, & UFC delivered directly to your inbox by Noon EST daily.

I also coach live poker players, helping them win more often.  Of course, you can follow more of my NBA writings here at Last Word on Sports or find me on Twitter to stay up to date on my latest blogs and helpful tips to grow your bankroll. CloudBet provides MLB Odds as of writing time.