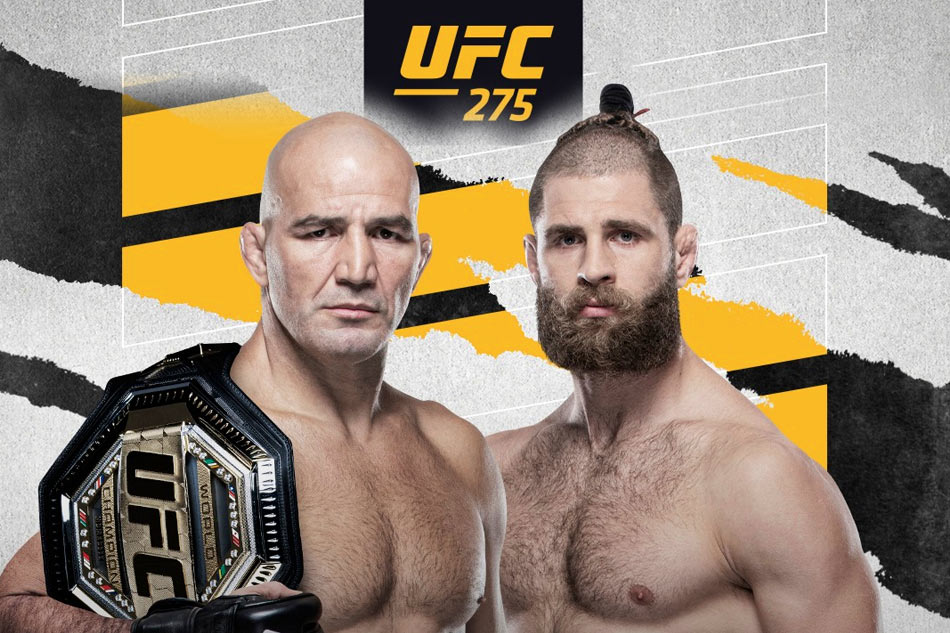 UFC 275 takes place in Singapore this Saturday night in a stacked card that features two title bouts. It also showcases a much-anticipated rematch in the woman’s strawweight division for the right face new champion Carla Esparza.

Every few years a fighter comes along who is simply a new breed of fighter and is set to dominate their division. Jon Jones was one of those fighters who dominated the UFC light-heavyweight division for over ten years. Jones vacated that division where no one could beat him in favour of seeking the heavyweight belt.

Jiri Prochazka has the potential to be one of those fighters. His unprecedented surge up the rankings has him fighting for the belt in just his third UFC fight. But do not let his lack of experience tell you he is not ready for this moment. He currently sits on a ten-fight knockout streak and has dominated nearly every opponent put in front of him.

Glover Teixeira is a great story of grit, determination, and professionalism. But at age 43, it is difficult to see him as the future of this division. He shocked me by upsetting Jan Blachowicz by taking possession of the belt. But Glover has already stated this could be his final fight in the UFC, win or lose. That is not the type of fighter I want to back as he already has a built-in excuse if he loses.

This UFC 275 matchup is a classic with a dominant striker facing a master submission artist. There is little doubt that if this fight spends more than a few minutes on the ground, the likely result will be a choke and the champ retaining his belt. But if Teixeira is unable to secure that takedown and maintain control, he will almost certainly get knocked out. So the real question is can Glover get the takedown?

My money says almost certainly not. Jiri’s last defeat was in 2015 against Mo Lawal who is well known for his stellar wrestling skills. Jiri avenged that loss a few years later primarily by making adjustments to his stance to defend against takedowns. Prochazka’s striking skills are so vastly superior to his opponent’s that he can afford to fight with his head forward, hands down, and hips back. This awkward stance puts Jiri in a great position to sprawl and defend takedowns.

If opponents want to shoot in, they have to be cautious of a lead uppercut or a knee, both of which have knockout potential. Teixeira does have a tendency to stand and box more often than he should when he is much better against the fence or on the ground.

I see the champ getting knocked out at UFC 275 and a new reign of dominance beginning for Prochazka.

This UFC 275 fight is a rematch that happened two years ago and is commonly regarded as the best female title fight of all time. The fight was an absolute war that could have gone either way on the judge’s card. It was the type of fight that is often responsible for shortening the careers of both participants in the amount of total damage endured.

Joanna is a slightly better technical fighter and had a small advantage in total strikes landed in the last fight. But Weili clearly has a power advantage and is looking to knock out her opponent with every swing.

Joanna’s face was nearly unrecognizable after the last fight. She had a broken nose, and the hematoma that swelled out of her forehead made her look like a character from an old Star Trek episode. Seriously I cannot understand how she was able to finish that fight. She had two full years to recover from that beating, but I question if she could ever be the same fighter she was particularly now at age 34.

Weili had two fights during that same period since this last fight both losses to Rose Namajunas. The problem I have always had with Weile is she lacked maturity and humility. Those are both things that I feel Namajunas taught her. I suspect she will be an even tougher opponent now after taking her first two losses in the UFC.

I suspect that Joanna plans to be more cautious in this fight attempting to keep her opponent at distance and outpointing her on the judge’s card. I do not think that is a plan that will work out well for her. The problem is that Weili has already taken Joanna’s best punches and was not deterred in the slightest. I expect Weili to push forward without fear of attempting to land her knockout punches even if she has to eat a couple of shots first to close the distance.

There are a couple of other things that favour Weili in this fight. Firstly it is scheduled for only 3 rounds instead of five because it is technically not a title fight. This certainly favours Weili who will not need to pace herself in the middle rounds saving energy for rounds 4 and 5. Joanna is likely the better conditioned of the two and will not be able to weaponize the pace of the fight to her advantage.

Weili also has an advantage in strength and grappling. I do not expect either of these fighters to be actively looking for takedowns, but if one should occur, it is far more likely to be Weili on top. This could be critically important if the fight does go to the judges. In such a close striking matchup, something as small as a takedown late in a round could be the deciding factor in the entire fight.

I see Weili getting a finish in this fight setting her up to regain her title against the new champion.

Sign up to my Newsletter to get all my daily Best Bets in the NBA playoffs, MLB & UFC 275 delivered directly to your inbox by 1 pm EST daily for just $25 per month. Unsubscribed readers can still enjoy my free picks released regularly during the season or my Best Bets released one hour before game time.