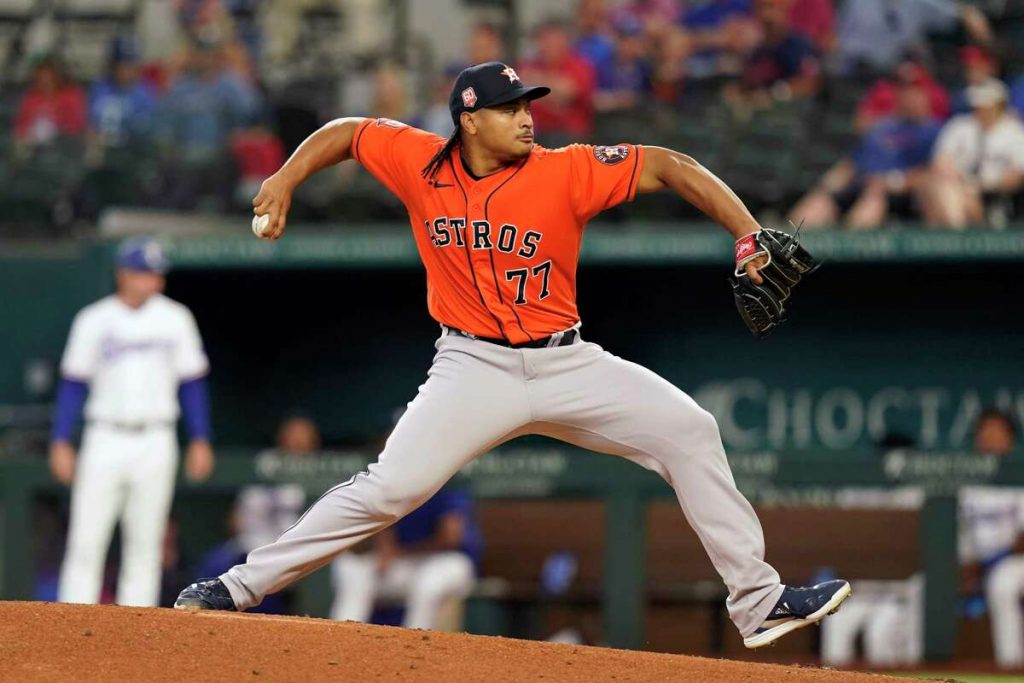 Royals Take a Pair from the Tigers

There were only five games on the American League schedule last night with two of them taking place at Kaufman Stadium in Kansas City. Royals closer Scott Barlow pitched perfect 9th innings in each of the games to close out the Tigers. Starter Brad Keller was the difference in game one with 7 strong innings offering only 3 hits and fanning 8. Bobby Witt Jr had a career-high 4-hit game in the nightcap to lead the Royals to the sweep.

Detriot has now lost 4 games in the past 3 days after previously winning six games in a row. The Tigers looked lifeless in their effort yesterday as they try to stay out of last place in the American League Central. They now hold just a 1.5 game lead over the Royals for that dubious honour.

Brayan Bello had another rough outing in his second career start for the Red Sox. The Red Sox’s four-run rally in the fifth inning saved Bello from his second straight defeat for a no-decision. But the comeback for the Red Sox was not to be last night as they still managed to lose by five runs. Yandi Diaz had a near-perfect night leading off for the Rays. Yandi tallied 2 doubles, a single, 3 RBIs, a sacrifice fly and a HBP to lead the Rays to victory.

Lance Lynn was rocked by the Guardians last night giving up 8 ER in just 4 innings. The 35-year-old White Sox veteran has struggled badly this season and is in danger of losing his spot in the rotation if it doesn’t turn around soon. Nolan Jones added 2 hits and 4 RBIs as the Guardians glided in for an 8-4 win.

There was a shoot out in Texas last night with the A’s in town. The game looked destined to be a blow out until the A’s scored 6 time in the 8th inning to draw within 2. Brett Martin pitched the 9th inning to stop the bleeding and close out the game. Ranger’s rookie 3rd baseman Josh Smith completed the most exciting play in baseball with a inside-the-park HR. After a linedrive to short center that was misjudged by the the center fielder, Smith touched all four bases for his first career HR that is sure to be a career highlight for him.

The Red Sox could not complete the comeback last night allowing 10 runs to the Rays. I drop just one unit yesterday and look to to get back to winning today.

The Mariners head into Washington after a travel day yesterday to take on the Nationals. The Mariners are still riding high after their highly-emotional weekend sweep of the Blue Jays. They have won 8 consecutive games and have manuevered themselves into playoff contention in the American League.

The Nationals have the second worst home record in all MLB at 14-31. Simple stats such as this make me question why they should be ever be favoured against any team other than other bottom feeders, which Seattle certainly is not.

The Nationals may have a slight advantage in the starting pitching matchup today with Josiah Gray. Chris Flexen has pitched well at time times for Seattle but still struggles a little allowing too many base hits. But when it comes to the bullpen, Washington has really struggled hanging on to leads and keeping games close.

I expect the Mariners to continue their inspired play and pick up another win today.

Luis Garcia did not pitch well in his last outing against the Roylas giving up 5 ER in 6 innings of work. But the Astros still managed to win that game 9-7. I look for him to rebound with a stronger effort tonight against the Angels.

Noah Syndergaard is having a decent season for the Angels, but I am not a fan of the team as a whole. They are still far too dependant on their two big sluggers, Trout and Ohtani for my liking. The team lacks intensity as was shown by their four-game sweep at the hands of the Orioles this past weekend. The (-124) line is not high enough to keep me off of the Astros today.