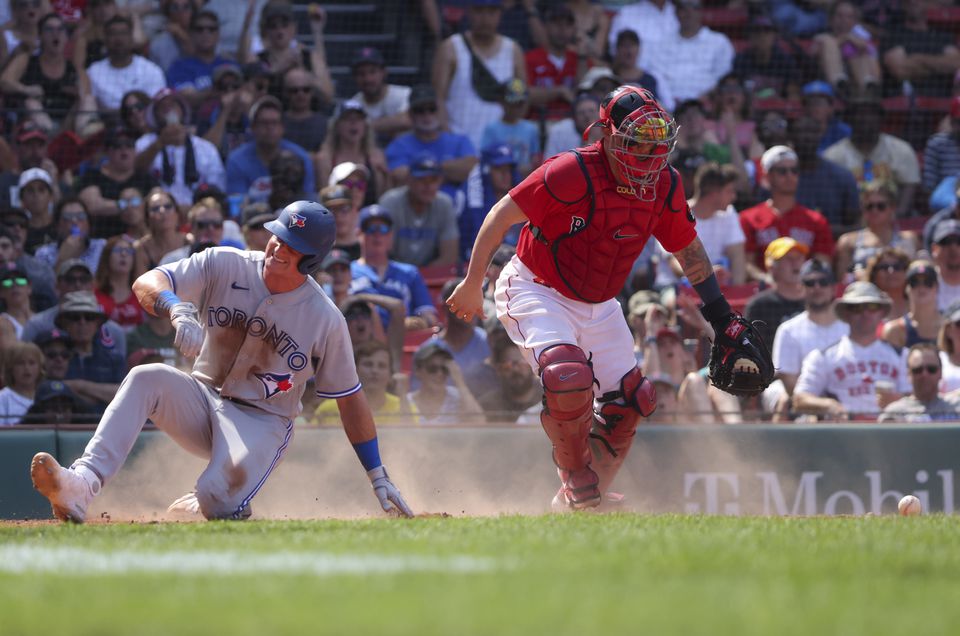 The American League races are beginning to take shape as we now approach the trade deadline and buyer and sellers begin separating themselves.

The Boston Red Sox just completed the worst five-game stretch of play in the modern era of baseball. In the past 5 games, they have been outscored by a mind-blowing 54 runs. This is a mark that was most recently achieved by a professional baseball team in the 19th century. That’s right, no living person has ever witnessed a stretch of baseball as bad as the current run by the Boston Red Sox.

The Blue Jays beat Boston for the 10th time already this season and they still have two more series with them on the schedule. Raimel Tapia had an inside-the-park grand slam at Fenway on Friday night and he nearly did it again yesterday settling for a bases-clearing triple instead. Vladimir Guerrero had a four-hit day as the Blue Jays sweep the Red Sox.

The Houston Astros now have the entire American League on notice that they are the team to beat this season. They are still a perfect 5-0 since the All-Star break including two wins against the league-leading Yankees and now three straight against the previously red-hot Mariners.

Jose Altuve and Jeremy Peña hit back-to-back HRs to lead off the game off of last year’s Cy Young winner Robbie Ray. Framber Valdez was dominant for 6 innings before giving up three runs in the 7th as Houston hung on for the 8-5 victory.

Aaron Judge produced all the offence the Yankees would need on the day hitting with his American League leading 37th HR of the season. Judge continues his league dominance as trade speculation for him continues to get more attention. Nestor Cortez pitched six strong innings picking up his 8th win of the season.

The Orioles fall back below 500 with the loss but remain just 3.5 games out of a American League wild-card spot

Chicago won the final game of this critical series with Cleveland as both teams try to stay within striking distance of the Twins. Dylan Cease was the difference in this game pitching 6 shutout innings to pick up his 10th win of the season.

The KC Royals completed a rare series win over an American League East opponent yesterday with a 4-2 win over the rays. The Royals lost their previous 11 series against the east prior to this weekend.

The Rangers and Athletics combined for 28 hits and 19 runs as the Rangers avoided the sweep from last place Oakland with an 11-8 win.

The Detroit Tigers continued their dismal play of late managing just 3 hits and 1 run against the Twins while conceding 9 runs in defeat.

That’s a disappointing two losing days in a row for me after a hot streak last week. The Angels bats got some divine intervention yesterday suddenly coming to life without warning. The Orioles used up all of their mojo on Saturday to beat Gerrit Cole and had nothing left for Sunday. I’m still upset about losing the Aspinall fight on Saturday in that freak injury costing me a triple bet, but we keep moving forward.

As a reminder, beginning next week on the first of the month you will need to be a paid subscriber to my SubStack to continue to enjoy and profit from my Daily Best Bets. Unpaid subscribers will still be able to get my recaps and other free material released regularly throughout the season.

I am a little annoyed at myself for not picking against the Red Sox yesterday. I don’t know what is going on in the Red Sox locker room, but this is a team that is unfocused, undisciplined and indifferent. The team fielding team this past weekend against the Blue Jays was completely unacceptable. They look like a Little League team booting the ball around the infield. I don’t know how many runs the fielders cost the team yesterday, but it was several. I can only bet against a team that cannot execute the basic fundamentals of good baseball.

Zach Plesac was hit hard in his last two outings but overall his 2-7 record is a little harsh. But the recent lines for Nick Pivetta are startling. Over his past three starts and 13 innings, Pivetta has allowed 23 hits and 20 earned runs. Again these look like little league numbers.

Everything points toward the Red Sox continuing their epic slide today.

I lost on the Angels yesterday, but that will not discourage me from betting against them again today. Their 9-run outburst looks like an outlier compared to their recent results. With Mike Trout still out this matchup and Ohtani not pitching today, I do not like the Angel’s chances to win again today. They look like a team in the tank and the pressure is mounting for them to make some player moves before the upcoming deadline. Ohtani’s name is coming up in trade talks as the Angel’s season looks to be lost.

The Royals are showing some signs of life this week after taking a weekend series against the Rays. KC actually has a winning record over the past three weeks at 9-7. That’s not great, but it is a clear improvement and certainly better than the Angels over the same period.

The pitching matchup is close for this matchup. Zach Grienke still has good stuff but suffers from inconsistency. Let’s hope he is focused and motivated today.