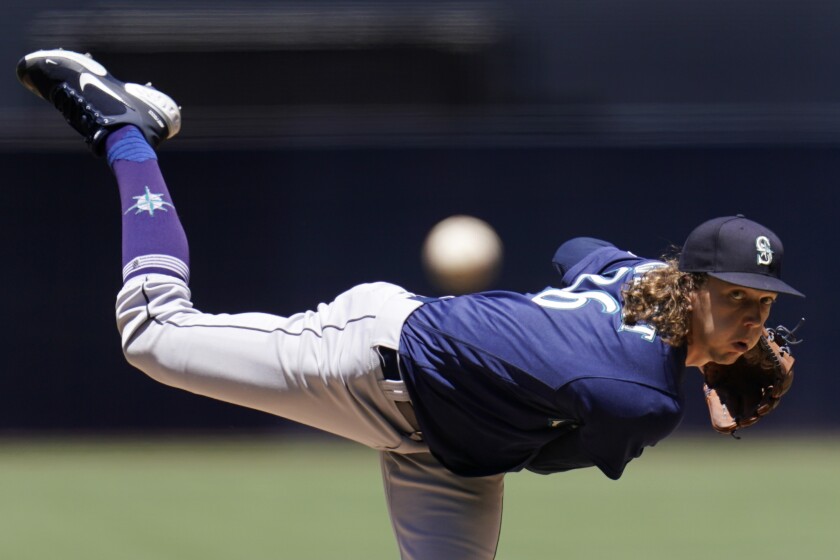 The New York Yankees got their butts kicked on a weekend trip to St.Louis. After dropping a tight 1-0 decision to the Cardinals on Saturday, they managed 9 runs Sunday night but still came up short 12-9. It was the fifth consecutive loss for the Yankees, the longest skid of their season. That streak also included two home losses against their opponents tonight, the Mariners. New York is still clinging to 0.5 game lead in the overall American League standings over Houston. That lead will be gone tonight if the Yankees cannot find a win in Seattle tonight because the Astros are idle today.

The Mariners are playing good baseball right now but are still struggling to create separation for themselves in the American League wild-card race. They currently enjoy a 2 game lead over the dangerous Guardians and the up-start Orioles. In order to secure that playoff spot, they will likely need another stretch of wins similar to the 14-game win streak they pulled off before the all-star break. The good news for Seattle is the toughest stretch of their season schedule wraps up with this final series against the Yankees. The Mariners finish their schedule with 11 series against teams in the lower half of the American League standings.

The pitching matchup is a rematch of the game just days ago between Logan Gilbert and Jameson Taillon. Neither starter pitched well in that game which saw Gilbert exit in the 6th inning of a 6-6 ballgame. The Mariners were able to get to the Yankee bullpen and pull out an 8-6 victory that night. Both of these starters are typically more reliable than their last performance and a lower-scoring game tonight should prevail.

Aaron Judge remains on an American League leading 43 HRs for the season but has not gone deep now in four consecutive games.

The most notable absences in the lineup for tonight are Julio Rodriguez (wrist) for the Mariners and Anthony Rizzo (back) for the Yankees.

The line for this game flip-flopped with both teams being favourited at one point, but it currently sits at a pick’em at most betting sites.

I had two picks live yesterday and the Angels did not disappoint coming up with another weak effort in Seattle. But the Pirates found lightning clobbering the red-hot Orioles 8-1.

I am going to keep pounding the Angels anytime it is reasonable this season, they are a train wreck.

The starting pitching matchup for this game boasts a sizable advantage for the A’s Cole Irving over Jose Suarez. Irving is currently running a streak of 6 consecutive quality starts. There is no reason for that trend not to continue tonight against the lifeless Angels.

The Athletics still sit 5 games behind the Angels at the bottom of the American League West standings, but the two teams are moving massively in opposite directions. It would not surprise me if the Angels finished the season behind Oakland.

Shohei Ohtani was shaken up in a freak collision last night with Mariner’s pitcher Marco Gonzales while he was standing in the on-deck circle during a play at the plate. Shohei is likely to be fine, but he was seen notably limping in his next at-bat.

The Angles could struggle to find runs tonight and they are rightfully the underdogs in this matchup tonight.