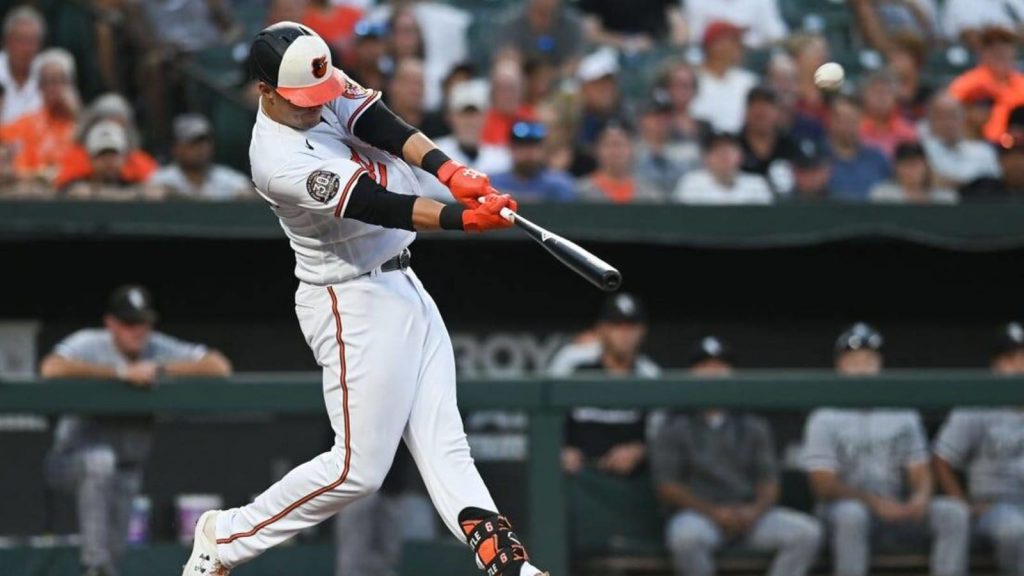 Mountcastle gets to Cease early

Ryan Mountcastle hit a three-run homer in the first inning off Dylan Cease to vault the Orioles ahead of the White Sox and Baltimore hung on to win 5-3. The usually reliable Cease (12-6) has now lost two starts in a row as the White Sox lose more ground to Cleveland who they now trail by four games in the American League Central.

Rookie reliever Felix Bautista picked up the final 5 outs of the game to hold off the White Sox comeback. It was the 9th save of the season for Bautista who is having a breakout first season with a 1.68 ERA and 0.88 WHIP in 55 appearances. Bautista hit the first batter he faced, Eloy Jimenez, with a 102 MPH fastball on the elbow to load the bases but still managed to shut the door on the rally. Jimenez is now questionable for tonight’s game.

The Yankees are once again finding their true form as they get their third win in a row. It has been a difficult second half of the season in New York, but signs are now pointing towards the team regaining some of their earlier form. They maintain their lead in the American League East by 8 games over Tampa Bay and 8.5 over Toronto.

Aaron Judge launched his MLB-leading 48th HR of the season and is now on pace for 63 for the season which would make him the unofficial HR King in the non-steroid era.

Toronto continued the domination of their rivals from Boston with another blowout win at Fenway, 9-3. The Blue Jays scored 8 times in the 3rd inning including a bases-loaded triple by George Springer to break the game open for good.

It was the Blue Jay’s sixth win at Fenway already this season as they enjoy an 11-3 season advantage with five games still remaining to play between the clubs.

Lucas Giolito take the mound today for the White Sox after being rocked in his last outing against the Astros. He gave up 8 hits and 7 runs in just three innings of work in that game. It has been a difficult season for Giolito who has struggled with giving up too many hits. If the White Sox are to mount a rally towards the American League playoffs, they will need Lucas to return to the form they are used to seeing from him in previous years.

Chicago looks to avoid dropping back to 500 and falling further behind Cleveland in the American League standings by winning tonight. They have four games remaining against the Guardians but more importantly, there are 9 games remaining against the Twins who are currently ahead of them in the standings that are likely to make or break their season.

Baltimore has an uphill trek in front of them to make a playoff run. 23 of their remaining 40 games are against teams currently in playoff spots including 10 against Toronto. Winning the season series against the Blue Jays would put them in a good position to steal a playoff spot.

Spenser Watkins had a good outing in his last start but was tagged with a loss against the Cubs. He looks to repeat that performance tonight with a different result as they look to win another series against a quality opponent.

I made the mistake of going against the Orioles last night and paid the price. I figured Dylan Cease would be able to shut down the Orioles but it was not the case. This stubborn team from Baltimore remains undeterred by the expectations of losing placed on them by fans and teams across MLB.

They continue winning and a playoff spot is still not out of the question for this club sitting only 2.5 games behind in the American League wild-card standings.

Frankly, it still seems wrong they should be listed as home underdogs in this matchup against a White Sox club that is in many ways inferior.

The Blue Jays absolutely own the Red Sox this season and they must be holding vast stretches of property in the minds of the Red Sox pitchers. I suspect the Red Sox players are now fully resigned to the fact they will not be playing ball come October. This realization may further contribute to their decline for the rest of the season.

Their prospects do not get any brighter tonight as the Red Sox are forced to send out rookie Brayan Bello to the mound again tonight. The 23-year-old rookie from the Dominican Republic may still have a bright future in front of him, but this is a less than ideal spot for him today. Bello was hit hard in each of his first three starts in the big leagues and did not look much better coming out of the bullpen. The Blue Jays tagged him with 9 hits and 5 runs in just 4 innings of work in his last start in July. I would expect more of the same today.

Subscribe to my SubStack to get all my daily previews and recaps for MLB, NCAAF, NBA, & UFC delivered directly to your inbox.  To get all my Daily Best Bets texted to directly, you can subscribe to my DubClub. You can also follow more of my NBA writings at Last Word on Sports or find me on Twitter to stay updated on my latest blogs.