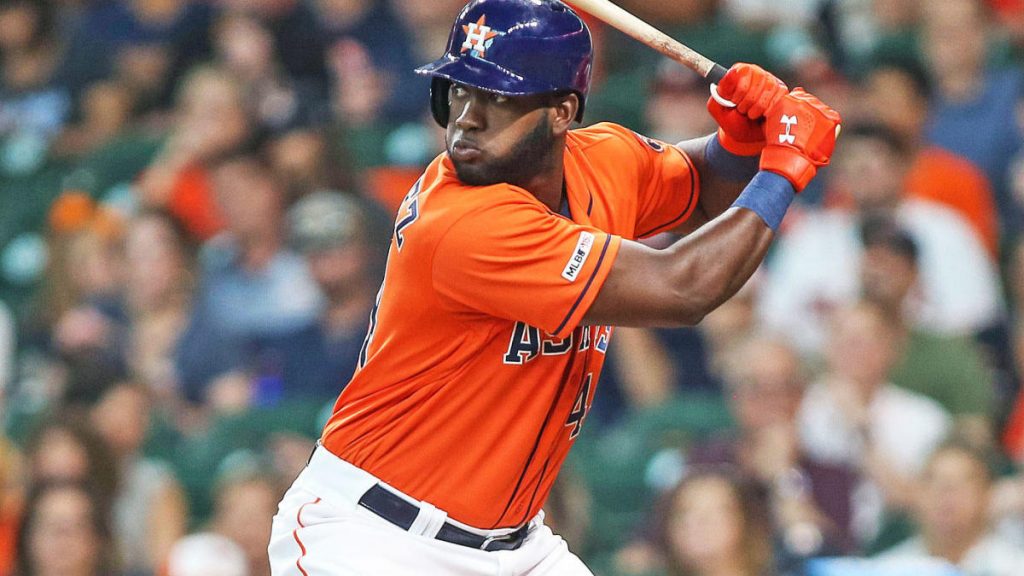 Yesterday was an MLB makeup day with a limited schedule. There were just five American League teams in action yesterday taking place in only two AL ballparks.

This 2 game series between the two best teams in the American League started with the Astros successfully executing back-to-back bunt singles to start the bottom of the 1st. Jose Altuve would eventually score and the Astros took an early 1-0 lead. It turned out to be a critical run as Houston won the game in the 9th, 3-2. Christian Javier completed his 9-inning no-hitter against the Yankees over two consecutive starts holding them to no hits in the first two innings. The Astros are doing all of the small things right now to get victories in spots where most other teams lose.

The game 2 result was not really in question much of the way with the Astors hanging on for a 7-5 victory. The Yankees added three runs in the 9th from a shot by Aaron Judge to make the final score close. Houston got three HRs in this matchup from Alex Bregman, Yordan Alvarez and Chas McCormick which accounted for 6 of the 7 RBIs for the game. With the win, Houston creeps to just 2.5 games behind New York in the overall American League Standings.

Athletics and Tigers split a pair

Each team picked up a five-run victory on the day leaving the final score oddly tied 7-7. Perhaps they should have played an extra inning to declare a victor with the winner getting an extra half-game as they do in the NHL (no just kidding, that is the stupidest rule in all professional sports). Both games were sleepy with nothing really noteworthy between these two AL bottom feeders.

Tarik Skrubal pitched well for the Tigers in game 1 picking up his 7th win on the season.

The A’s had a bullpen start with 6 pitchers sharing a 4-hit shutout in game 2. Sean Murphy hit a three-run shot to produce all of the runs needed to get a win.

I do not follow the National League too closely, but there was one stat that really got my attention when I heard it. The Marlins have now been shut out in three consecutive games now, 34 consecutive innings in total. I will keep an eye on for this as Miami approaches the MLB record most recently set by the 1968 Cubs with 48 consecutive innings without a run scored.

The Marlins made the Ranger’s night pretty easy barely showing up to even play. But Texas did hammer 11 hits and 8 runs on the night. The Ranger’s schedule remains soft this upcoming weekend as they travel to Oakland where they will look to make another push towards 500.

My July picks continue to be red hot as I hit both again yesterday. If you read my American League blog yesterday, you would have seen this little gem.

“A 3-2 win for the Astros closed out in the top of the 9th by Ryan Pressly seems a likely ending for this matchup.“

The Astros did in fact win this game 3-2 exactly as I predicted yesterday. They actually needed a walk-off single from JJ Matijevic in the 9th. Ryan Pressly was unavailable to pitch because he was attending the birth of his child. Who can really guess all of these things?

Brad Keller is arguably the Royal’s best starting pitcher (depending possibly on Zach Grienke’s mood for the day). But Keller is still really about average for a typical American League rotation. Drew Rasmussen is not the Ray’s best pitcher, but I would still rank him higher than Keller.

The Royals are in a race to lose the most games in the American League this season and right now they trail only the Athletics in that column. There is no question as to who the better team is in this matchup with the Rays sporting a clear advantage.

The only advantage I see for the Royals today is home field. That alone is a poor reason to make a bet on any team. The Royal’s 19-27 home record makes me question if it even matters at all. Give me the Rays and I thank the line makers for not making it too expensive.

The line for this matchup is sure to be bloated with tonnes of money coming in on the Mariners riding their historic 14-game winning streak. The problem with that trend is that Seattle is playing the best team in baseball right now and on the road. Also, much of the emotional momentum the Mariners would normally expect was surely drained by the four-day lay-off over the All-Star break.

As I already mentioned above, the Astros are just doing everything the right way at the moment and it is really paying dividends. I expect a ‘not in our house mentality’ from the Astros today as they look to prevent the Mariners from tying the franchise record of 15 consecutive wins. Jose Urquiddy has not been the most reliable starter for the Astros this season. But Jose should be good enough on most nights with this solid lineup behind him.

The Astros did play a double hitter yesterday while the Mariners were idle. Some would suggest this is an advantage for Seattle, but I’m not so sure. Houston is locked in right now and playing playoff-calibre baseball. I’m more inclined to think the layoff will hurt Seattle more than the fatigue of the double hitter hurts Houston. This line just seems too short to pass up with the better team playing at home.

Also don’t miss my preview and best bets for UFC Fight Night London that is already live on my SubStack.