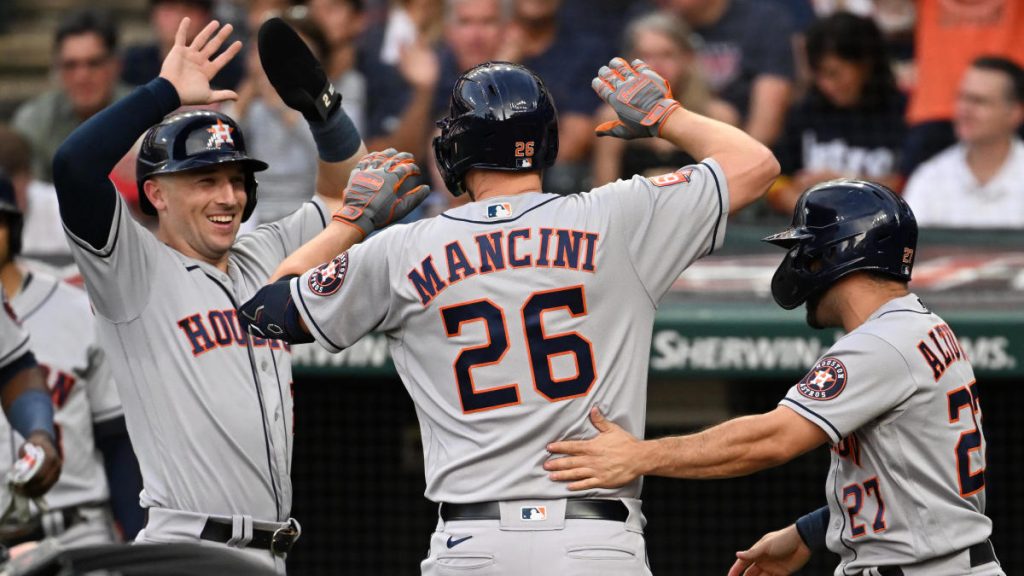 The key at-bat of the game came with two outs in the bottom of the ninth with the White Sox leading 3-2. Oriole’s rookie Kyle Stowers hit a pop-up into foul territory that was dropped by Adam Engles which would have ended the game. Stowers then proceeded to hit his first career home run off of Liam Hendricks to tie the game and send it into extra innings. Santander predictably ended the game for Baltimore with a walk-off single to center in the 11th inning.

The heart-wrenching ending sums up the entire season for both the disappointing White Sox and also the overachieving Orioles.

In what was a poorly played game by both teams filled with errors in the field and on the bases, Toronto continued their season dominance of Boston with a 6-5 win in 10 innings. The teams combined for 28 hits and 25 men left on base including Boston leaving the bases loaded in the bottom of the 9th with no outs. It was a game the Red Sox should have won, but they once again let it slip through their fingers.

Mariner’s get to McKenzie early

The Mariners got to Triston Mckenzie early with a three-run shot by Mitch Haniger as Seattle took game one of this critical American League series 3-1. McKenzie still managed a quality start finishing six innings with just one mistake, but it was not enough as his teammates could not mount a comeback against Mariner starter Marco Gonzales who pitched well to get his 9th win of the season.

Baltimore Orioles continue their unlikely quest to the postseason today but the ascent does not get any easier as they travel to Houston for a three-game series. They will once again be heavy underdogs in every game this weekend, but that has not deterred Baltimore in the slightest all season.

To make the trip even more difficult, the Orioles will face their ex-teammate and fan favourite, Trey Mancini for the first time since being traded to Houston. Mancini has an impressive 6 HR and 16 RBIs since joining the Astros in just 18 games. That is the type of production the Orioles badly miss as they head down the playoff stretch.

The Astros are fresh off an impressive sweep of a decent Twins team and still hold a hold 12.5 game advantage over the surging Mariners in the American League West. They also have a 3.5-game lead over the slumping Yankees in the overall standings. Do not expect Houston to take their foot off the gas down the stretch considering they have the deepest and most talented starting rotation in MLB.

Lance Mccullers makes just his third start of the season for the Astros but has a shiny 2.45 ERA so far this season. Kyle Bradish’s 6.25 ERA looks embarrassing in comparison, but do not count the Orioles out of any game this season as they have a proclivity for defying odds.

Yesterday’s results included winners with Toronto and Baltimore, but Cleveland came up short.

Michale Wacha has been the Red Sox’s most reliable starter this season and has two straight quality starts coming off a six-week stint on the IR. But I simply cannot back a team that so readily gives away games like Boston tends to do. They are losers of 6 of their last 7 games including another embarrassing sweep at the hands of the Blue Jays.

The Rays counter today with JT Chargois who is making his first career start coming out of the bullpen. This is essentially a bullpen start for Tampa Bay as I would be surprised to see Chargois go more than 4 innings. The Rays are playing exceptionally well right now and are winners of 11 of their last 13 games including a four sweep of the Angels this week.

If this game is close in the 5th inning, I expect to see the Rays pull this game out in the second half and close out another win with the Red Sox once again wondering what went wrong.

It is rare to see Logan Gilbert listed as an underdog at home this season which is a result of the quality performances that Shane Bieber has put up over the past month.

This matchup has an exceptionally low total for an American League game at just 6.5. With runs being at such a premium in this matchup, it is difficult not to back the Mariners who are such a clutch team. They seem to have a knack for winnings these types of games and I see them winning another close low-scoring game today.