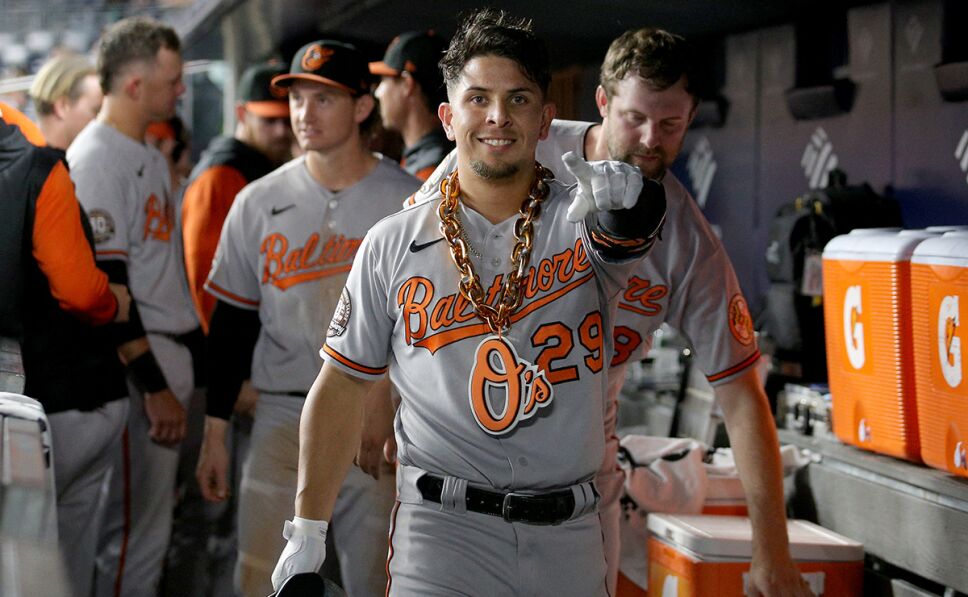 Are the Orioles for real in 2022? Could they actually pull off a wild-card spot in the American League after winning just 52 games last season?

The Orioles are 57-52 in 2022 and already have five more wins than they did all of last season. With their 7-4 win over Toronto last night, they now sit just one game back in the American League wild-card standings behind Seattle. A playoff spot in 2022 for the Orioles would be an epic turnaround for a team that hasn’t seen the post-season since 2016.

Last night Ramon Urias hit a three-run shot lifting Baltimore over the visiting Toronto Blue Jays in game one of this series. Jordan Lyles picked up the win in that game over Yusei Kikuchi. But tonight the odds for Baltimore are even higher as they face the ace of the Blue Jay lineup, Alek Manoah. The Orioles counter with rookie Kyle Bradish who started his career on a bumpy ride.

Baltimore is listed as (+140) underdogs tonight at home against Toronto who has a significant pitching matchup advantage tonight. But I would advise caution betting against this Orioles club right now who simply do not seem to care about the odds.

Cole Irving pitched an 8-inning gem last night against the Angles. The A’s bats could not help him at all putting up a goose egg against Jose Suarez who had his best outing of the season for the Angels.

I like taking the Rangers on the money line in this matchup. The total is quite low for two teams that can really mash the ball which should result in more close games than usual. The Rangers are just 6-24 this season in one-run games. Their record should really be much closer to 500 than their current 48-60 as a result.

Martin Perez has pitched exceptionally well for Texas this season and I am willing to back him even in hostile Minute-Maid park.

The matchup is a rematch of the game last week that the Mariners won 7-3. Seattle broke out to a 6-0 lead in that game in the top of the 1st thanks to 3 HRs off of Gerrit Cole. Cole did manage to pull his stuff together after that rough first inning, managing to gut out 5 more runs without giving up any more runs. But the damage was already too bad for the Yankees to mount a comeback. What I do know about Gerrit Cole is he is a fierce competitor and guaranteed he has not forgotten that game just last week. He will be salty and hell-bent on correcting his errors in that game.

Luis Castillo pitched well in his American League debut giving up three runs in 7 innings. But this will be the Yankees batter’s second crack at the Mariner’s new pitcher and I suspect they will get better swings on him today. Castillo will also face Aaron Judge for the first time after the slugger sat out his previous start. The Yankees lineup is still much deeper than Seattle’s despite New York’s recent struggles and key injuries. New York halted their season-high losing streak of five games yesterday with a 9-4 win in game one of the series.

Injury updates: Matt Carpenter suffered a broken ankle on a fouled ball in yesterday’s game and is expected to miss 4-6 weeks but is optimistic about returning for the stretch run. It is a key blow for the Yankees slugger who is having a resurgence year and was leading the American League with a 1.14 OPS. Julio Rodriguez remains out for the Mariners with a wrist injury.