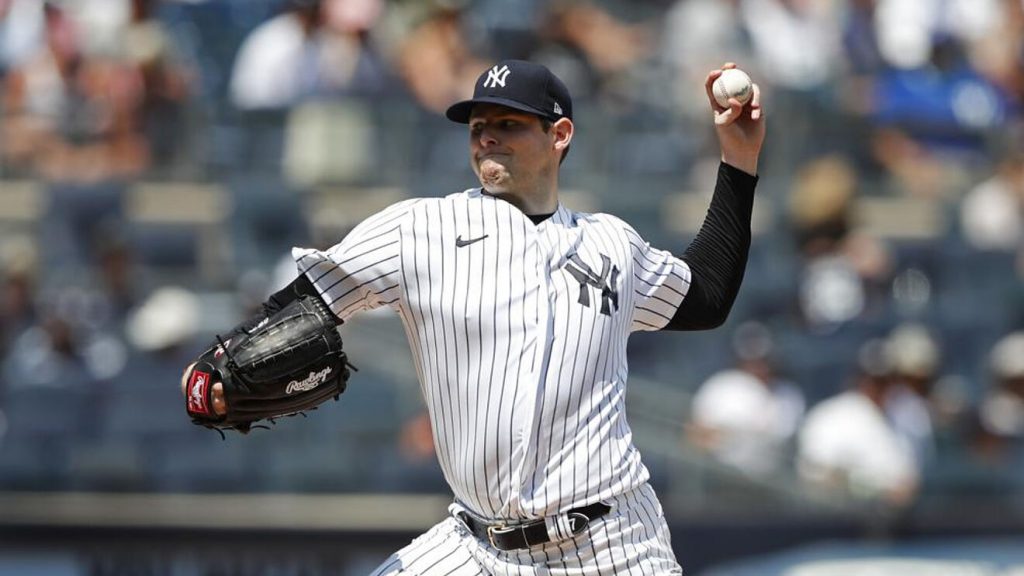 Jordan Montgomery makes his Cardinal’s debut tonight against his former teammates from New York. It was just four days ago that St. Luis acquired the Yankees’ left-handed starter for CF Harrison Bader. Montgomery had been a consistent starter for the Yankees for the past three seasons in the tough American League east. The trade which came in just before the deadline, had many Yankees fans scratching their head wondering why they would let such a reliable starter go so easily.

Yesterday’s game also saw the return of Matt Carpenter who returned to the Busch Stadium in St.Louis where he played for 11 seasons. The Cardinal fans gave Matt an emotional standing ovation prior to his first inning at bat. The Cardinals won game one of the series 4-3 thanks to a two-run double in the 8th inning by Paul DeJong.

New York Yankees currently are sitting on a three-game losing streak and simply do not look like the same dominant team that started the season 56-21 through the end of June. The club is just 500 since that time and is feeling the pressure of Houston and now even Toronto to stay on top in the American League. New York’s overall lead in the American League has dropped to just 0.5 games over Houston, but they still maintain a 10.5 game lead over Toronto in the east.

All eyes remain focused on Aaron Judge as he continues to pursue the coveted Yankees HR club record helped by Roger Maris of 61 in 1961. Judge currently sits on 43 HRs for the season, a pace that would see him get to 65 by season’s end.

Domingo German makes just his fourth start of the season for the Yankees tonight after missing the first half of the on the IR. It has not been a good start for his season as he struggled with some control problems to start his season.

The Cardinals still have post-season aspirations this season, currently tied with Milwaukee in the National League Central at 58-48. Tonight’s game is listed as a pick’em at most sportsbooks.

The Texas Rangers have been the most unlucky team in the American League thus far this season. They have lost a disproportionate number of one-run games and their 47-59 record understates the talent on this team. They have actually scored more runs than the White Sox this season but just cannot seem to come up big in clutch time.

Trends like this tend to level out over the course of a season and I suspect that will be the case for the Rangers. If this time goes on a streak in the second half f the season, I will be waiting to capitalize. I am willing to take Texas in this matchup as home dogs against a White Sox team I am not confident on.

As I have already outlined above, the Yankees just don’t appear the same team we saw to start the season. They should still easily win the American League East, but I expect them to continue regressing at least a bit longer.

This pitching matchup certainly favours the Cardinals tonight. Jordan Montgomery could be in a sour mood after unceremoniously being dumped by his former club.