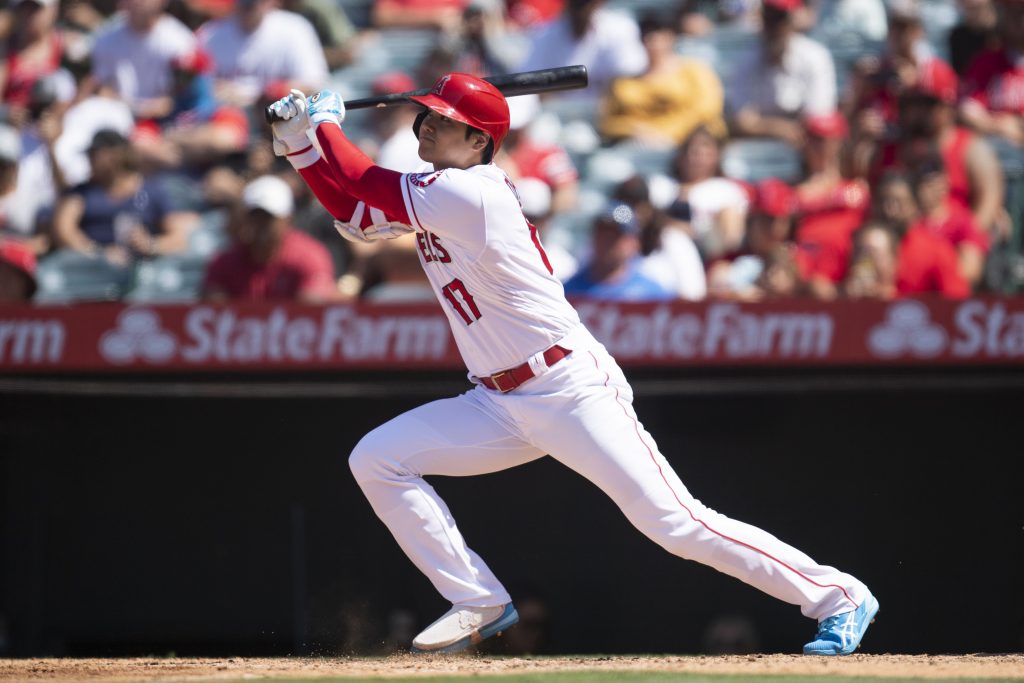 The Mariners had the day off yesterday as they return home from their exciting trip to the Bronx. Seattle won the three-game series with an incredible effort in the third game, touching up Yankees ace, Gerrit Cole for three HRs and 6 total runs in the first inning alone. It was Cole’s worst outing of the season propelling the Mariners to a 7-3 win. Luis Castillo went 6 2/3 giving up three runs to get his first win in a Mariner’s uniform.

The Mariners get some relief from their brutal post All-Star game schedule by welcoming the Angles to town tonight before seeing the Yankees again on Monday. Seattle’s first 18 games after the break feature 12 games against the Astros and Yankees. It is a brutal stretch of play of which they are currently 6-6 thanks to a 3 three-game sweep of the Rangers sandwiched in the middle. Seattle will be salivating at the prospect of the woeful Angels on the schedule tonight.

How terrible have the Angels been of late? Pretty bad. The Angels became just the third team in MLB history last night to lose a game while hitting 7 HRs. They managed seven solo shots including two by Shohei Ohtani in an 8-7 loss to the last place Athletics. Baseball is an incredible game and never ceases to amaze me. How it is even possible to lose a baseball game in such a manner is mind-boggling.

The Angels are now a horrible 20-48 (.294) since May 15th. It is a death spiral from a team that was expected to challenge for an American League pennant this season. As a baseball fan, it is painful to watch the prime years of Ohtani waisted in the quagmire of Anaheim. How great would have been to see Shohei be traded at this deadline and on a contending team? I would not even of cared which team either. Dodgers, Padres, Yankees, Blue Jays… someone please just save Shohei from his prison. But I guess we will have to wait for next season for that to happen.

Reigning American League Cy Young winner Robbie Ray gets the ball for Seattle tonight. The Mariners look to pad their two-game lead over the Guardians tonight who have a tough game against the Astros on their schedule.

It is difficult to imagine the Angels winning a game when Ohtani is a mere mortal 1-4 with a single. But baseball is a crazy game and nothing should ever be too shocking.

I didn’t have any picks yesterday as I was forced into taking an unexpected day off. Let’s see if we can get back into the winning column today.

I know the Royals are not a good team and they traded away their best hitter, but I just cannot find the buy button on the Red Sox. Boston is in the midst of a horrible tailspin that is seeing their postseason chances slip away each day. Their fielding play is atrocious. Their bullpen is bad and the back end of their starting rotation is woefully inexperienced. They do on occasion still mash the ball, but it is too inconsistently to be considered a contender. They are currently the only team in the American League east below 500 while looking up at the Orioles for the first time in years.

Zach Grienke is having an average season, but he still has flashes of dominance on occasion. Rookie starter Josh Winckowski has not been good for the Red Sox with a 5.00 ERA and 1.51 WHIP. It is safe to assume he would not be in this rotation if their starting rotation was fully healthy.

The Royals got a 7-3 win in game one of this series and I like their chances again tonight in a favourable pitching matchup as home dogs.

This is a series of two teams moving in exactly opposite directions. This is a big price to pay for the favourites, but there is no other play here other than to take Seattle for all the reasons I have already shared. I considered taking the run line, but the total is low at just 7 making a close game more likely. Also, the Angels do find creative ways to lose games and while the Mariners have a flare for the dramatic wins in walk-off style. I will stay with the money line.