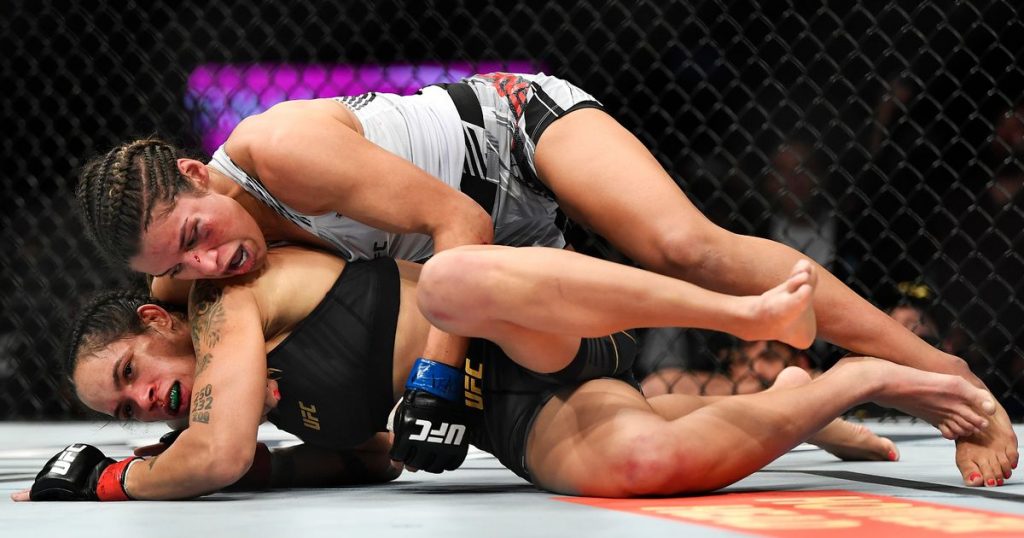 Julianna Peña defends her UFC women’s bantamweight belt against the greatest fighter in the history of MMA, Amanda Nunes. She ripped the belt from the death grip of the former champ, beating her down and making her quit. Julianna faced the lioness without fear or respect, bullying her into submission.

There was no debate about who was the better fighter in the first fight. It was a classic beat down with a clear victor. Peña pushed forward often eating shots from Nunes, but remained undeterred. In the second round, Peña’s jabs began finding Nunes’ face like a hammer. It is safe to say Amanda had never felt power such as that in the octagon previously. It staggered her footing while rocking her confidence. Most commentators talk about how Amanda “gassed out” in the second round. That may be true, but the reality is the punishment she took prior to that forced the wind out of her. Peña broke her will.

There have been many theories suggested about why Amanda Nunes was unprepared for this fight. Some say she took the challenger too lightly. Others suggest that Nunes’s battle with covid hurt her cardio. Others still may suggest that her motivations may have changed after being a long-time champ and entering motherhood. All of these may in fact have been relevant factors.

I don’t think the previous champ overlooked her opponent. It is more likely she recognized Peña to be a stylistically bad matchup and had been ducking this fight few a years already. It is difficult to speculate the effects a bad covid battle can have on a fighter. Other very good fighters, including Khamzat Chimaev, have suffered from this condition as well. As for motherhood, I think this could have a very reasonable distraction. Every woman enters into motherhood with a different mindset and its effects can be unpredictable.

But I do not think any of these factors were the reason Nunez lost her Bantamweight belt. Peña was simply the better and more motivated fighter.

The line makers have once again listed Amanda Nunez (-275) as the overwhelming favourite to regain her title. I am not sure I would agree with their view. This is a terrible fight for Nunez stylistically. She relied heavily on her superior striking abilities to pick her opponents apart in the past. But Peña is equally talented in the striking department and even has a power advantage. Nunez also held an aura of fear over previous challengers that Peña clearly does not share.

The two fighters are in different stages of their careers. Amanda Nunez will enter the UFC Hall-of-Fame the moment she is eligible as the first two-division champ in women’s MMA. Her legacy is secure. Losing her belt to a deserving champ at age 34 will not tarnish what she accomplished. Perhaps she is satisfied with that and is ready to let it all go.