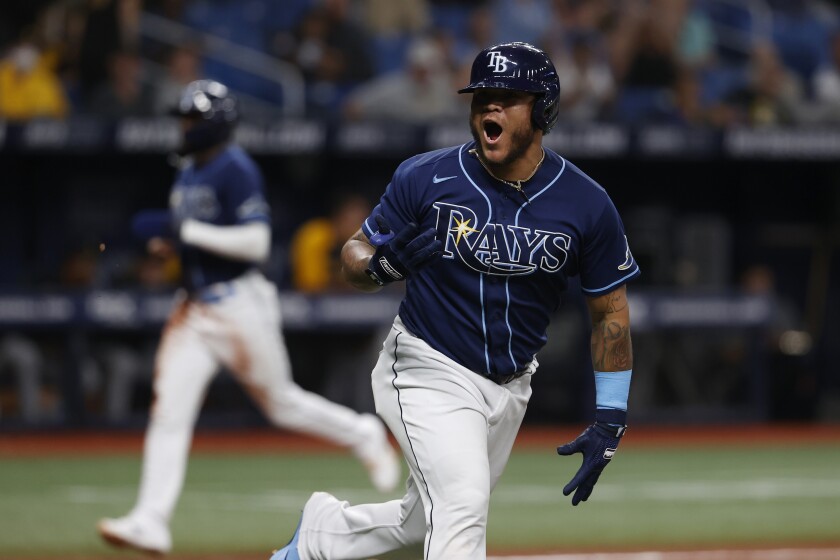 A critical series in the American League wild-card race takes place this weekend in Tampa Bay between the Rays and Guardians. Cleveland currently sits 2.5 games behind Tampa Bay but could take control of the final spot with a three-game series sweep.

The Guardians have struggled with mediocrity all season but still, appear as a team underperforming their potential. If they have hope of extending their season into the postseason, a sense of urgency needs to motivate them and it needs to start this weekend.

Meanwhile, the Rays have been consistently good all season and also cannot seem to find their next gear to put distance between themselves and some of their weaker rivals. They look to end their recent draught of 5 losses in their last 6 games. They will have to do it tonight without their DH Harold Rameriz leads who lead the Rays in BA (.329) and OPS (.825).

Triston Mckenzie pitched well for the Guardians last with a quality 7 innings but got burned by two Xander Bogaerts home runs that were the difference in the game. It was another tough loss for me as my losing streak continued. I’m limping into the end of August after what initially looked like would be a highly profitable month.

The Oakland A’s have caught my attention with their recent quality play after being the worst team in the American League most of the season. They are fresh off of a three-game sweep of the Astros who typically dominate nearly every team in the league. In fact, it was the first series sweep that Houston had suffered the entire season.

At 49-49 for the season, the White Sox have been a disappointment thus far who its fan base who had bigger expectations for this club. Lance Lynn in particular has been terrible this season after coming in mid-season from the injured reserve. Lynn picked up his quality in his last outing against the Guardians after being rocked in his three starts prior to that. I am not yet confident that he can return to his previously dominant form of prior seasons.

Second-year starter James Kaprielian struggled earlier this season but has now begun showing much more consistency in the middle third of the season. He now appears on the verge of reaching his full potential as the team around him begins playing better.