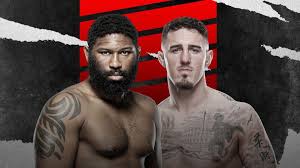 This is something that does not get enough attention in the MMA world. Having a crowd fully behind cheering a fighter in a hysterical mania is an advantage that cannot be understated. MMA is a sport based on emotion. The fighter who is better able to harness the emotional outburst of a hysterical UFC crowd and control his own fears is often the deciding factor in close fights.

Not having to travel the week of the fight is also a major advantage. Fighters rely heavily on routine in their pre-fight preparations. If an athlete is saddled with having to travel sometimes up to 7 or more time zones to get to a venue, it can greatly upset that much-needed stability of routine. As we know from the NFL, travelling from west to east multiple times is particularly difficult. That combined with an early start time can be a major advantage for the home team. I suspect the advantage is amplified even more in MMA when we are talking about even more time zones and just individual athletes.

In total, nine fighters from the UK on this UFC Fight Night card face fighters travelling to London. Spoiler alert, I will not be picking against any of them.

I fully expect Tom Aspinall to one day wear the UFC Heavyweight belt. This should be nothing more than a stepping-stone fight along that path, just as Alexander Volkov was back in March.

Tom Aspinall is blessed with the hand speed possessed only by fighters several weight classes lower than his own. This was apparent in his last fight when Alexander Volkov seemed shocked by the speed at which Aspinall moved. Tom hurt his opponent with several good combinations early in that fight that ultimately ended with an armbar from top position.

Aspinall will once again enjoy home octagon advantage for this fight. Another victory for him this weekend could put him one, or at most two fights away from a title shot. The winner of this fight is likely to take on the winner of the Gane/Tuivasa contest on Sept 3rd for the right to the next UFC title shot.

I expect this fight to play out in a similar fashion the Volkov fight did. It may not take long for Curtis Blaydes to concede to having a disadvantage in the striking department. At that point, he will attempt to make this fight a grappling match and perhaps even to get a top position on the ground. I am not convinced he will find success in doing this either.

Firstly, Tom Aspinall has a very dangerous submission game. Anyone deliberately taking Tom Aspinall to the ground is in danger of receiving a broken limp in exchange. There is also the danger for Blaydes to get hit with a lead uppercut very similar to the one in which Derrick Lewis knocked him out. Curtis will attempt to slow this fight down as much as he is able by getting up against the fence and he may even get a takedown or two. But this tactic is not something I feel he can deploy successfully for 25 minutes.

This fight is scheduled for five rounds but I see very few scenarios in which this fight makes it to the judge’s card. The longest of Aspinall’s fights in his five previous UFC fights went just 6 minutes. In fact, none of Tom’s 14 professional fights have seen the third round.

Curtis Blaydes is undeniably a very dangerous man in his own right. He is perfectly capable of knocking out any man if he is able to land the right punch. But I see too many things that could go wrong for him in this matchup. He may be to frustrate Aspinall for a while and push this fight into the late second or even third round. But I see him eventually getting knocked out or in a very uncomfortable spot with hammers raining down on him.

Paddy Pimblett is far and away my favourite fighter in all the UFC. His charisma and enthusiasm are absolutely contagious. I find his odd mix of god-like confidence and self-deprecating humour absolutely hilarious. Dana White has him on a slow yet steady path towards a UFC title fight shot, but he has many obstacles in front of him before he gets that opportunity.

Jordan Leavitt has the skills needed to frustrate and test Pimblett. He is a good grappler and a very technically sound striker. But Jordan has several things going against him in this fight that concern me. Firstly he has never fought outside of the UFC Apex in Las Vegas, his hometown. In fact, I heard Jordan say that this trip to London was his first time outside the US. He may be in for a major culture shock entering the O2 arena on Saturday. The Paddy Pimblett war cry will loud and obnoxious. It certainly will be nothing like the quiet confines of the Apex to which Jordan is accustomed.

From a technical sense, these two fighters may be quite evenly matched. The overlooked aspect of this fight, however, is sure to be the strength and power advantage in favour of Pimblett. If there is a knockout to be had in this fight, it will most certainly be on Pimblett’s side. Paddy possesses a head made out of brick, so I don’t envision Leavitt getting a knockout. I also like Paddy in a decision. His superior size and strength should allow him to keep a positional advantage in scrambles. Both fighters have strong BJJ, so whoever can maintain the top position will have a major advantage.

This fight is likely to end with Pimblett eventually hurting Leavitt in the standup. That is likely to be followed by a flurry of punches leading to either a knockout or a choke.

I do have some concerns for ‘Paddy the Fatty’ as well. He does still appear a little undisciplined outside the octagon. There are many reports of him being overweight between fights weighing as much as 190 pounds, which is enormous for a lightweight (155 pounds). That type of attitude may be fine for getting through lower-ranked opponents such as Leavitt, but it is not likely to cut it as he moves up in competition. He may endure a humbling defeat at some point in his career forcing him to rethink his pre-fight behaviour. It would not be a complete shock to see him miss weight at some point either.

The rest of the card…

The remainder of this UFC Fight Night card is dominated by several British fighters, most of which are listed as big favourites over their opponents. Because of the short odds in many of these fights, I am reluctant to offer official selections on any of them. Making a small parley on several of these fights for a small wager may make the card more interesting.

In particular, Molly McCann should make short work of her opponent once again. On the undercard, Mason Jones, Marc Diakiesee, and Nate Wood should all pick up wins. But I would not want to parley these picks with the main event in fear of ruining the rest of the card should they lose.

If you are looking for an underdog on the card to pick, I would lean towards Scottish fighter Paul Craig to get a win over Volkan Oezdemir.