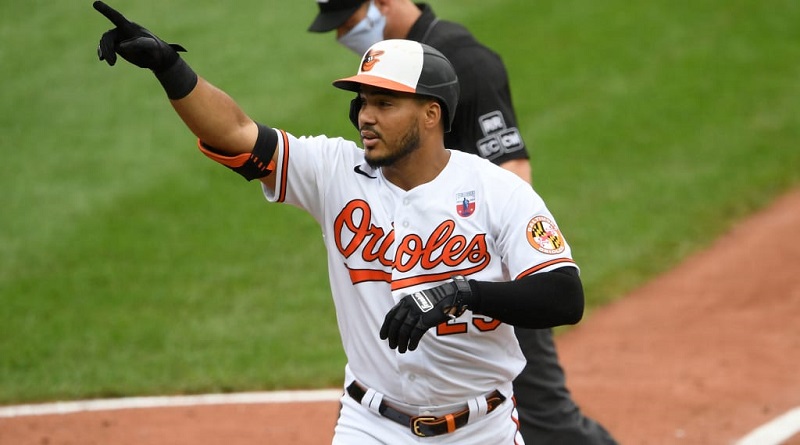 Sam Haggerty had an inside-the-park home run for the Mariners as they picked up their 11th consecutive win. Seattle rallied from four runs down with two in the 7th and three more in the 8th to complete the comeback. It is the second longest streak in franchise history behind the 15-game run in 2001. The Mariners moved ahead of the Red Sox and Jays in the American League wild-card with the victory.

The Royals were without 10 unvaccinated players who did not make the road trip to Canada yet still stunned the Blue Jays. The Royals were forced to call up several players from the minor league for this road trip just to fill out the roster. Included in these call-ups was Nate Eaton who homered for the Royal in his major league debut. The Jays lost the game despite getting a strong outing from Kevin Gausman who was fresh off the IR.

It was a devastating trip to Tampa Bay for the Red Sox who were riding high after a series win against the Yankees only to see their lead in the American League wild-card race completely disappear in a matter of days. The Rays scored five times in the seventh to complete the comeback in a game that Boston seemed to have control over. The Red Sox now have to regroup with a crucial weekend trip to Yankee stadium.

Mckenzie shuts down the Tigers

Triston Mckenzie continued his recent dominant form striking out 12 Tigers in eight scoreless innings. Josh Naylor and Andres Gimenez homered for the Guardians in the victory.

Luis Robert smashed a massive grand slam leaving the Twins with no response in a 12-2 victory for the White Sox. Chicago tallied 17 hits in total and Johnny Cueto picked up his 4th win in six strong innings of work.

Jose Altuve left this game in the 1st inning after taking a pitch squarely on the left knee. Astros needed a 10th inning single by Jeremy Pena to pull ahead in this game and take the series 2-1.

The Yankees now have just 4 wins in their last 10 games after losing 2 of 3 to the last-place Reds. New York is no longer on pace to win the most games in MLB history with their recent slide, but still holds a massive 13-game lead over Tampa Bat in the American League East.

It was an utterly demoralizing loss for the Blue Jays last night against a short-handed Royals club. The Royals sent essentially a AAA team to Toronto and they go in and take the game against one of Jay’s best starters. Their effort does not look good for them for the rest of the season. I was embarrassed to be on the wrong side of that game. The Guardians pulled out an easy win bailing me out to get a split on the day.

Hopefully, all my readers are taking advantage of the free picks I am offering for the month of July as an introductory Substack offer. My newsletter is set to begin its paid service in August. Unpaid subscribers will still be able to enjoy my daily recaps but to get my daily best bets you will need a paid subscription.

I am going to go against recent trends for my daily picks today taking advantage of some value being offered by the line makers.

The price for this game is just too short for me to pass up. There should be no doubt as to who is the better team in this matchup, despite the Oriole’s amazing 10-game winning streak. The Rays are coming off an impressive 4 game sweep of the Red Sox and have taken over the lead in the American League wild-card race.

Tyler Wells has been a reliable starter for the Orioles this season, consistently getting into the 5th or 6th innings. Luis Patino comes off the IR today making just his second start of the season. He had a decent season last year and he is expected to make a significant contribution to the Rays in the second half of the season. Do not let his 13.50 ERA deter you from this pick as this was from just one outing and less than 1 inning of work.

The two teams match up quite closely at the plate. But the biggest advantage for the Rays is in the bullpen and home field today. The Orioles will be hard-pressed to get another win today to continue their streak.

This is another example of the line makers over-adjusting to recent trends. There is no debating the high quality of play from the Mariners recently, but I doubt they can win more than 60% of their road games against good teams.

The Rangers aren’t exactly a playoff team, but they can mash the ball pretty well. They actually score more runs than the Mariners. Their biggest problems are in their pitching. There are mixed reports as to who will start tonight for the Rangers, but Dane Dunning should get the ball. He has not exactly been reliable this year with just a 1-6 record, but if he can get into the 5th inning, it should give the Rangers a chance to win.

Texas really should have won the game last night allowing Seattle to come back from four runs down. I expect them to regroup and put an end to this streak tonight. At the very least, they should win this game more than 40% of the time to make it a profitable play.