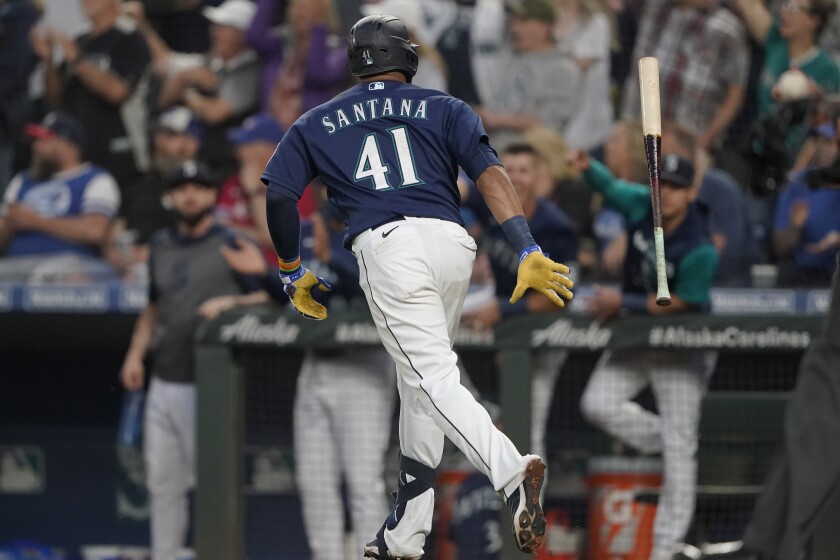 The Mariners and Orioles continue with their winning streak with each team picking up their 7th win in a row. The Tigers were unable to continue their streak dropping their first game in a week to Chicago.

Mariner’s starter Robbie Ray pitched 6 strong innings against his former team in a no-decision. Carlos ‘Smooth’ Santana provided all the offence that the fanatical Seattle crowd would need on the night to keep the streak alive. Meanwhile, the Blue Jay bats remain quiet as their lead in the American League wild-card race could be completely wiped out with another loss to the Mariners this afternoon.

Don’t look now but the Baltimore Orioles are just two more wins away from reaching the .500 mark and are only 3 games back of a playoff spot as we near the halfway mark of the season. Dean Kramer and four relievers combined for the 1-0 shut of the Angels. The Angels are slowly sliding into irrelevance, 18 games back of the Astros in the American League Central.

The Tiger’s win streak came to an abrupt end last night in an 8-0 blowout in Chicago. Johnny Cueto pitched 8 scoreless innings while Gavin Sheets hit a three-run bomb in the first inning providing all the offence the White Sox would need.

Red Sox slayer Josh Donaldson finally showed some mortality by briefly fumbling a hot shot double-play ball that would have sealed another win for the Yankees. Donaldson still got one out at first but the next batter up, Alex Verdugo, hit a single to left scoring the winning runs. The Red Sox get one game back from the Yankees in the American League with a chance to win their home series today.

Texas and Minnesota played a wild shoot-out game with the Rangers ultimately prevailing 9-7. Marcus Semien had 2 hits and 4 RBI including the game-winning triple in the 8th inning.

The Astros dropped a 3-2 decision despite holding the A’s to just 4 hits. Framber Valdez pitched well but still picked up his 4th loss of the season.

The Twins dropped the first two games of this series despite being the better of the two teams. They should be locked in today looking to avoid the sweep.

The Rangers have lost 9 consecutive games with Dane Dunning starting. That is a startling stat but the biggest problem was the lack of run support during that stretch. Dunning has been average to bad for the Rangers this year. Dylan Bundy has been consistent for the Twins this season, but I give him the edge in the pitching matchup today.

The Twins also have the edge in the batting matchup over the Rangers. The intangibles lean towards the Twins as well. The Rangers are often guilty of bad base running and fielding miscues which tend to cost them some close games. I have a hard time seeing why the Rangers should be favoured in this spot even at home.

I am hard-pressed to make an argument in favour of the Blue Jays in this matchup. The emotional win yesterday alone should be enough to give them an edge today in front of a loud home crowd. These are two teams currently moving in opposite directions in the American League standings. The Mariners look to extend their winning streak and climb even in the playoff standings while the Jays are mired in a batting slump that is more than a week-long already.

Yusei Kikuchi was named as the surprise starter for the Blue Jays today. He comes off the 15-day-IR earlier than expected to face his former team. Yusei has not pitched up to expectations thus far this season after being acquired from the Mariners in the off-season. If he is not yet fully healthy, he could be vulnerable to giving up some early runs.

Logan Gilbert has been a stud workhorse in his second season in the Mariner starting rotation. He certainly gets the pitching edge in this matchup. Everything points towards Seattle getting another win today.

I picked Cleveland and Tampa Bay yesterday. The Guardians got an easy 13-1 blowout win in KC with Tristan ‘Stretch’ McKenzie pitching 6 scoreless innings. The Rays relievers could not hold down a four-run lead in the 8th inning. The Rays get walked-off for the second consecutive night but still hang on to an American League wild-card spot sandwiched between the Red Sox and Blue Jays.

Subscribe to my SubStack to get all my daily Rundowns and Best Bets for MLB American League, NCAAF, NBA, & UFC delivered directly to your inbox by Noon EST daily.