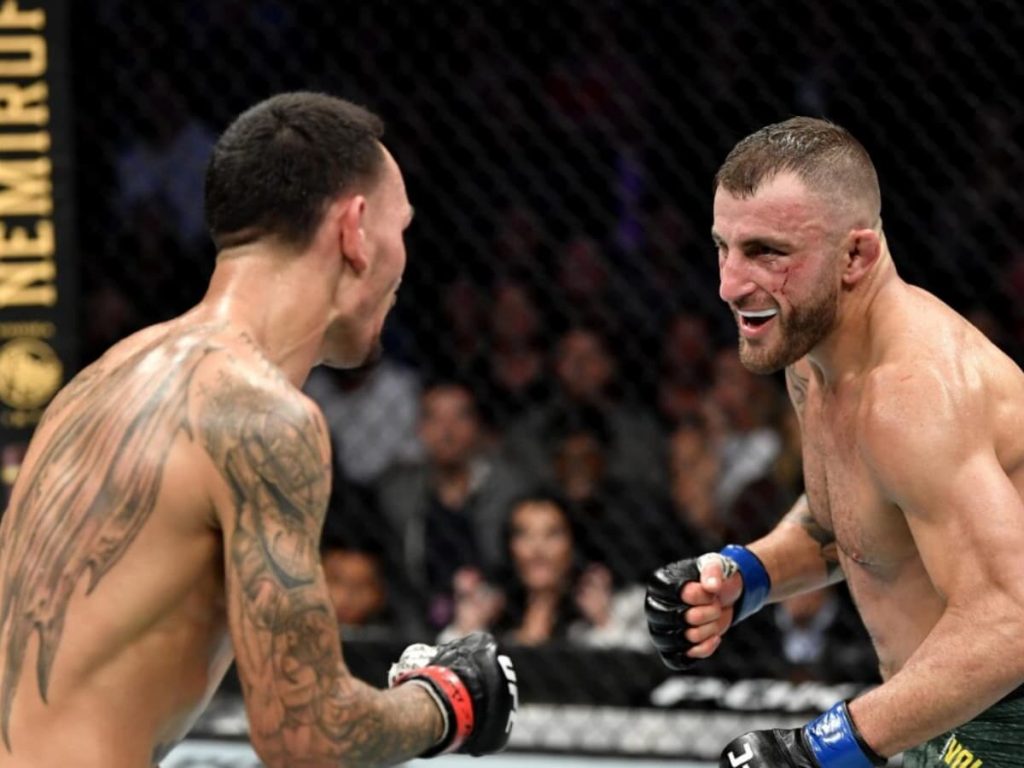 UFC 276 is a fully stacked card that I have been eagerly anticipating for some time. I see several good betting opportunities that I can share. As always, I focus on the fights with closer odds and appear more competitive.

This is the UFC 276 co-main event and is the third edition of this trilogy. Volkanovski won both of the first fights in closely contested decisions. Max himself has come out saying that he thinks he actually did enough to win both fights. That may or may not be true, but the point remains that they were both close enough to make an argument for either side.

So the question then becomes, who is the better fighter right now? I am leaning towards Volkanovski. I get the sense that Alex is the one with more upset side potential right now.

It is believed by many that Hollaway won the first two rounds of the second fight with Volkanovski winning the last three. The shift in that fight came when Volkanovski started pressuring more for grappling and takedowns. This seemed to make Hollaway more uncomfortable and I expect to see more of this in this matchup. Even just the threat of a takedown should be enough to throw Holloway off his game just a little, which may be all it takes.

There is another question mark that must be brought up when discussing Max Holloway. By some accounts, Max has taken more damage in the octagon than any other fighter in the history of the UFC. There is a finite limit to the amount of punishment any one man can take without being compromised. I cannot say whether Max has reached that limit, but still, the question needs to be asked. Each of his last six fights has gone the full five rounds. That is 30 rounds or 2.5 hours of fighting time in the octagon. How much more can Max endure before he too becomes compromised?

Holloway has not been stopped in a fight since Dustin Porrier, and that was over 10 years ago. But I can see a scenario where Volkanovski gets a knockdown in a letter round and follows that up with ground and pound or a choke to get the finish. A finish at UFC 276 for Volkanovski would be a definitive ending to this classic trilogy.

Sean Strickland is a mad man. The things that come out of this man’s mouth are shocking, sometimes distasteful, but always entertaining. Honestly, I kind of like him. But there is a fine line between confidence and crazy. Sean is straddling that line and it isn’t always clear which side he is on.

Sean Strickland’s best chance of winning this fight is to get this fight to the ground. It is not clear yet whether Strickland has the ability to even get this fight to the ground. Let’s we can assume he can if only with limited success. But I get the sense that Sean wants to prove his striking ability with the best in the division. While Strickland is tough as nails and has a hammer for a lead jab, standing in front of Alex Periera for 15 minutes is likely to end with him getting knocked out. In the best-case scenario, I think he loses a close decision.

Alex Periera has one of the most devastating left hooks the fight world has ever seen. If you combine that with his deadly knees and kicks, he is a difficult day at the office for even the champion Adesanya. In fact, he already has two knockout wins over the champ in kickboxing before they were ever in the UFC. That is the fight everyone is eager to watch and I expect it will happen in the not-so-distant future.

Robbie Lawler won his last fight against Nick Diaz, but honestly, I wasn’t terribly impressed with that matchup or Robbie’s performance. Nick hadn’t fought in several years and appeared like he was only there for the paycheck. Lawler looked a little too passive in that fight and he no longer appears to be the past champion we remember.

Bryan Barberena is seven years younger than Lawler and currently riding a two-fight win streak. His 8-6 UFC record isn’t terribly impressive, but he is an aggressive fighter always looking for the finish. I see him taking advantage of the aging and less aggressive Lawler. A loss at UFC 276 may be the last fight for the former UFC champion.

Sign up for my Newsletter to get all my daily Best Bets in the NBA playoffs, MLB & UFC 275 delivered directly to your inbox.

I also coach live poker players, helping them win more often.  Of course, you can follow more of my NBA writings here at Last Word on Sports or find me on Twitter to stay up to date on all my latest blogs and helpful tips to grow your bankroll. NBA Playoffs Odds are provided by CloudBet as of writing time.