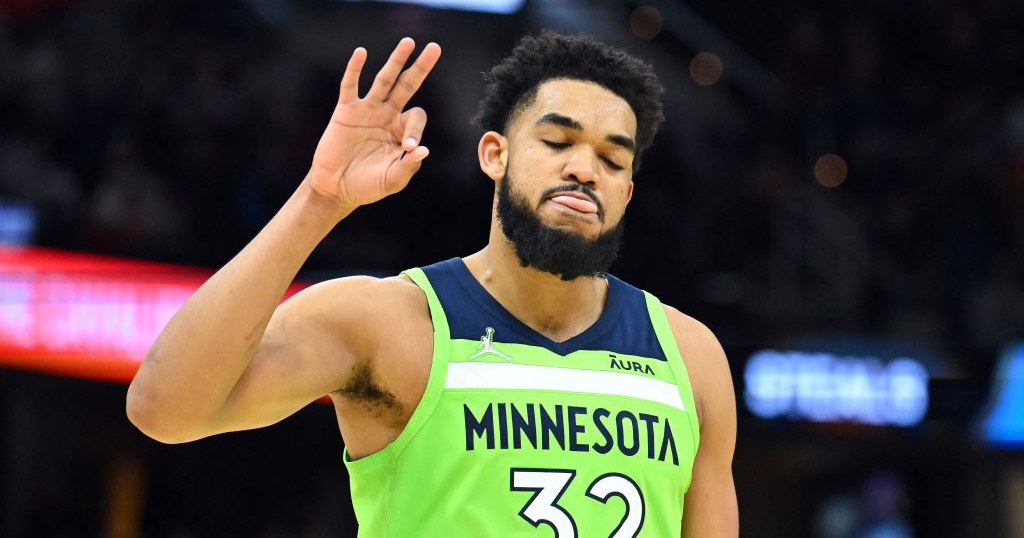 The Pistons pulled out another win for me yesterday in Miami improving my NBA Best Bet record to 20-9 (69.0%) for the season. Sign up to my Newsletter to get all my Best Bets in the NBA, NFL & UFC delivered directly to your inbox by 1 pm EST daily for just $20 per month with new subscribers getting their first two weeks free. Unsubscribed readers can still enjoy my free picks released regularly during the season or the Best Bets released one hour prior to tip-off.

I currently have the Wizards as my lowest-rated team in the eastern conference. I do not like the trades and moves Wizards management has made in the last few weeks. Kristaps Porzingis made his debut for Washington recently but I am not convinced he is going to be a good fit. There are reports now coming out of Dallas that he was a disruptive influence on the Maverick’s locker room and this may in part explain the recent surge the Mavericks have made.

The Nuggets are a difficult team to understand and I haven’t been successful betting them this year. The trend I am seeing on Denver is they tend to dominate weaker teams, but cannot seem to break through against quality opposition. They did pick a nice win in Philadelphia in their last game so opposing big men don’t seem a big concern matching against Nikola Jokic. However, the smaller and faster Raptors made them look bad. I don’t see anything in the Wizard’s lineup that should be a major problem for the Nuggets in this matchup. Denver should pick up this win and cover the (-5.5) a good amount of the time.

The Lakers are a bad basketball team and are steadily getting worse as the season progresses. I currently have them rated higher than only the Thunder in the western conference. Monday night they hit another season-low by trailing the Raptors by 24 points after just one quarter. You could argue that starts like that will occasionally happen in the NBA. But this was the second game in a row they came out like this after doing the same thing in Phoenix a couple of nights prior.

Frankly, if Lebron James isn’t scoring 40+ points a night, the Lakers are not even competitive. LeBron did manage 30 points in this contest, but honestly much of it was in garbage time and shouldn’t even count. James is actually listed as questionable for this matchup, but he is often on this list and usually plays anyway. The (+8.5) points may be a reasonable line on the Lakers… for the first quarter, but this is a full game line.

Meanwhile, Karl Anthony Towns is now dropping 60 spots on teams. Towns had a ridiculous 60 points and 17 rebounds on 7/11 shooting from deep in the Wolves win in San Antonio on Monday. The Wolves are 10 games over (.500) for the first time in several years and have their targets set clearly on running down the Nuggets for 6th and the final guaranteed playoff spot. There should be little doubt who I like in this matchup.

As I just mentioned, the Spurs are just two nights removed from concerning 149 points to the Wolves at home and 60 to Towns alone. Is anyone playing defence in San Antonio right now or should we just expect these All-Star game-like scores from the Spurs for the rest of the season? The way I see it, the Spurs should not be 14 point favourites against any NBA team right now.

The reason this line is posted so high is the lengthy injury report the Thunder are currently sporting. The list of missing talent for the Thunder is long and extensive. But this is exactly the type of spot the Thunder have excelled in all season. While they do have the fourth-worst record in the NBA, they have a 22-11 record ATS on the road. The Thunder does seem to have enough talent to lose slowly and keep games close. Teams like this often create good value for betters.

Any lineup of NBA professionals should be able to score 110 points or more on the Spurs right now. That plus the bonus (+14), and I’ll take my chances with the Thunder.

The Raptors have won four consecutive road games including successful trips to Phoenix and Denver. They dominated their game against the Nuggets on the offensive glass and turnover differential. Of course, I have already discussed their dismantling of the Lakers. The talent Toronto possesses in their starting line-up is now undeniable and better teams should be taking notes. The key to success for the Raptors is of course remaining healthy as their bench depth is not nearly as strong as their core starters. Fred VanVleet is still battling a knee injury, but it did not prevent him from playing 40 minutes against the Lakers so I expect him in the lineup again against the Clippers.

The Clippers injury list currently looks like a triage unit. It is difficult to keep track of who is playing for the Clippers recently. The fact the Clippers are still above (.500) and hanging on to the 8th spot in the west is a statement to the coaching staff and the grit of this team. But the undermanned Clippers are not going to outwork or out coach Nick Nurse and the Raptors. This is a good spot for Toronto to continue its successful road trip.

I also coach live poker players, helping them win more often.  Of course, you can follow more of my NBA writings on my Daily Picks page, or find me on Twitter to stay up to date on all my latest blogs and helpful tips to grow your bankroll.