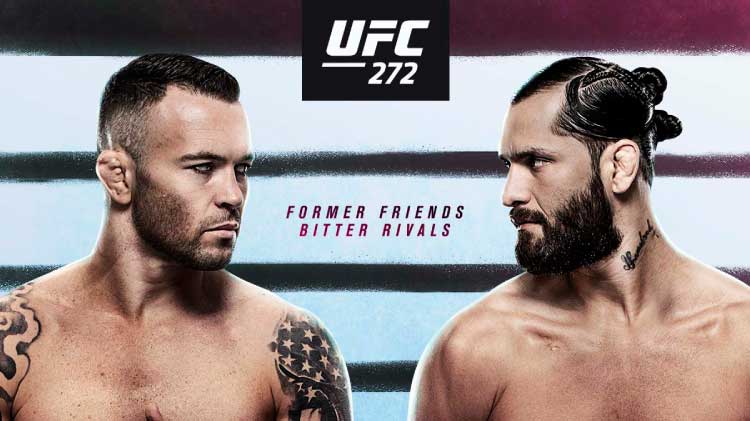 This fight at UFC 272 is going to be a war and I expect both men to take a beating.

A typical breakdown of this fight would suggest that Colby is the better wrestler while Jorge is the better striker. This fight cannot be simplified down to just these basic facts. This will be an emotional war as it has been well documented how badly these two guys hate each other. I suggest that the man who is best able to control his ego and emotions in this fight will be more likely to have his hand raised.

“When you’re in a fight camp, you’re physically training your body. … But when it comes down to fight week, it’s 90% mental. You have to prepare your mind to be able to go in there and just use all of the physical attributes you’ve trained to be able to get the job done. So I believe whoever can keep their ego in check is going to have the slight edge” – Kamaru Usman on UFC 272 Covington Vs Masvidal

I am siding with the current champ who beat both of these men, twice. Jorge Masvidal should have the advantage in mental preparation and game planning.

Colby Covington is a world-class douchebag. The disrespectful things that come out of his mouth are astonishing and laughable. I fully understand fighters will often say such things just for shock value or to gain a psychological advantage over their opponents. Uttering such trash is also very effective for ratings and PPV buys. There is a point of no return for a fighter, however, if and when he starts believing the shit coming out of his mouth.

No one in the history of the UFC is better at this than Connor McGregor. I accurately predicted his current downward trajectory when I felt he crossed this line. Past this point, fighters lose respect for their opponents and honestly feel there is no way they could lose. Or even worse, they know they cannot win and begin projecting and making excuses.

While Jorge is also prone to violent verbal attacks against his current opponent, he appears a Zen monk when compared to Colby. This is where his true advantage lies.

If this fight goes the distance, the likely result will be a Covington win. Masvidal will struggle to defend the pace, pressure and volume that he is likely to experience in this fight. Masvidal’s best chance for victory will be getting a mid or late-round stoppage. I see Colby getting overconfident at some point in this fight and getting caught and blindsided by some a shot he doesn’t see coming. It would be a classic ending to a bitter rivalry.

When I first saw this fight posted it immediately struck me as a bad matchup for Barbosa. Bryce “Thug Nasty” Mitchell is an up and coming UFC fighter well known for his high level submissions. He pulled off the rare ‘twister’ against Matt Sayles. 9 of his total 14 victories have come by way of submission.

Barbosa is best known for his devastating kicks that can buckle your knees or clean knock your block off. I do not see how he will find success throwing such kicks at a guy like Mitchell who will pounce on a take-down opportunity and dominate on the ground. Barbosa will either refrain from throwing the kicks or be punished by the counter.

I foresee Mitchell getting another submission win at UFC 272 against a quality opponent who is perhaps past his prime.

Follow my Daily Picks page for all my professional sports picks in the NBA, NFL and UFC 272.  I also coach live poker players, helping them win more often.  Of course, you can follow more of my writings right here at Last Word on Sports or find me on Twitter to stay up to date on all my latest blogs and helpful tips to grow your bankroll.