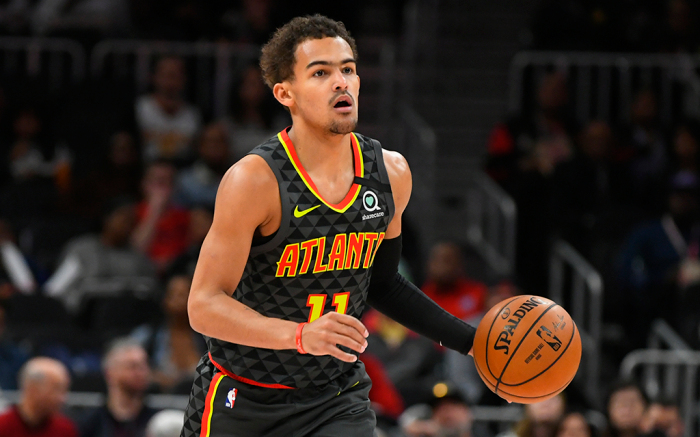 Atlanta Hawks – No injuries to report. That is the current injury report for the Hawks. I cannot express how rare a report like that is, particularly this season. I am a firm believer that teams need to be healthy in order to build chemistry and play to their full potential.

If you remember last season, the Hawks didn’t hit their stride until the second half of the season when the team got healthy. Perhaps this season will play out similarly for them.

The Celtics are also healthy at the moment. However, I feel the ceiling for Boston is far lower than that of the Hawks. They have consistently underperformed their potential for several years now. While this is just one game it is indicative of a larger problem, a problem that likely has management at its source.

The Hawks are showing signs of improvement and I like them to get a home win tonight.

The Nuggets are not a good enough team to be laying 5 points on the road anywhere other than perhaps ORL or DET. Denver simply has suffered too many serious injuries to be considered serious contenders. They still rely too heavily on Jokic for pretty much everything.

While I would not rate the Pelicans as a good team, but they aren’t the worst in the NBA either. I like NO to at least keep this game close.

The Grizzlies are the best team in the NBA right now, period. I do not reasonably expect to be betting against them for the remainder of the regular season. Ja Morant is a stud and by now everyone pretty much knows as much. The real value of this team is their bench which is the deepest in the league.

To prove that point you need to look no further than 20-year rookie Zaire Williams. His offensive numbers are not yet where they should be they are improving and he has shown an ability to hit three-pointers. It is actually on the defensive end where he is showing the most promise. He has recently won the starting position and has on several occasions been tasked to cover the opposition’s primary shooting threats, including Steph Curry. That is all very impressive for a 20-year-old.

The Jazz are suffering right now as well with their two best players currently on the shelf. Donovan Mitchell is out concussion protocols while Rudy Gobert is has a calf injury. Few other players in the NBA have a bigger impact on their team than Gobert. His dominance is felt at both ends of the court and once again is leading the NBA in rebounds.

The Jazz will be hard-pressed to keep this game close tonight in Memphis.

Be sure to follow my Daily Picks regularly to get all my latest NBA Picks and game analysis. You can follow me on Twitter to stay up to date on all my blog updates and helpful tips to grow your bankroll. Or you can catch my latest article on Last Word on Sports.