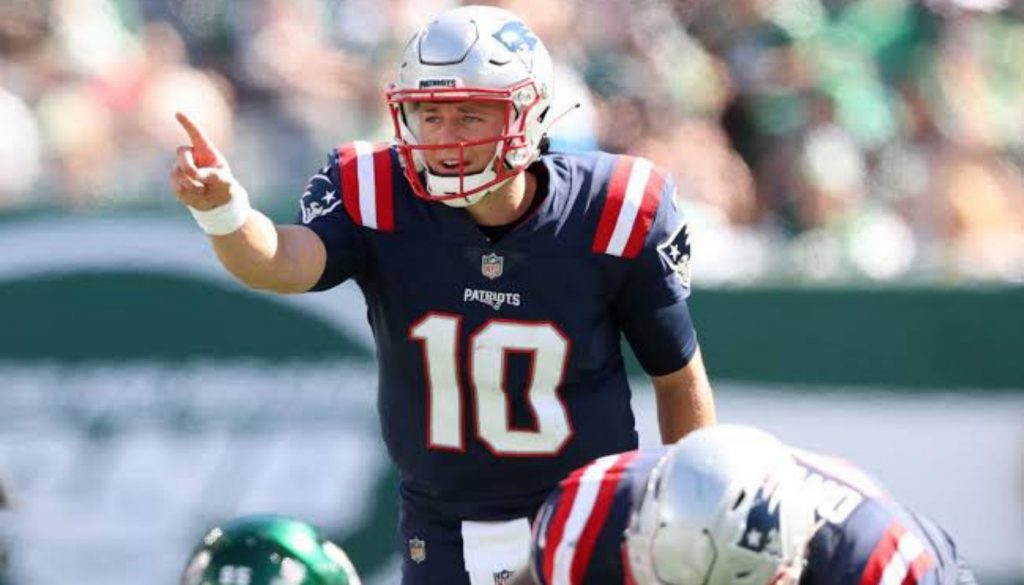 Bill Belichick played a Jedi mind trick when these two teams played two weeks ago in Buffalo. Mac Jones threw the ball only three times in that game and the Bills defence still could not stop stuff the run. What an enormous emotional edge that game will be for the Patriots in the rematch knowing they do not even need to play their best football in order to beat the rivals from Buffalo. Mac will throw the ball more than three times in this matchup so that should create even more opportunities for the Pats to run the ball off of play action.

The Bills have just been too inconsistent for me this year to consider them serious contenders. If you look more closely at their list of 8 games for the season, only one came against a team with a winning record (Chiefs). They have primarily feasted off of bad teams this season and it remains to be seen if if they can get a tough road win against a divisional rival. My money is on not.

This is the battle for the number one pick in next year’s draft. Both teams picked highly ranked QBs last year and may actually be in a position to do the same again next year. Neither Trevor Lawrence or Zach Wilson have worked out the ways the teams have hoped and both teams are still in the cellar of the NFL.

I am really disappointed with the Jaguars this year and I thought they would be better. At this point in the season it appears they have given up hope as their current losing streak stretches to 6 games after a home loss to Houston last week.

I would rate the the Jets as slightly less bad right now with a bit more up side than Jags. The (-2) spread seems to be on the wrong side of 3 points so I will back the Jets in this matchup.

Teddy Bridgewater is out for this matchup after suffering a bad concussion last week in Cincinnati, so Drew Lock is in for the Broncos. Lock has not been impressive for the Broncos but I still like them to get the win here. The betting public does frequently overestimate the impact of backup QBs in the NFL. Frankly Teddy wasn’t really the team is still hanging in the playoff race anyway.

The Raiders have been terrible for two months now going just 2-5 over that span. Really, their two wins against the Cowboys and Browns really should been losses so their recent bad poor is even understated.

The Broncos are just the better team so I will take them to get the win even on the road with a back up QB.

This should be a good Sunday Night divisional game between two rivals and the Cowboys can wrap up the NCF East. title with a win. I like this Cowboy team and they may even win a playoff game or two. But really they still have a propensity for doing stupid things and losing games they should win. This is not a gimme game for them either with a bitter rival coming into town.

The Redskins have been playing tough football and a healthy rushing yard differential over their most recent games. They are getting good pressure from their defensive line and creating holes for running backs. If they can get to Dak early in the game, an upset here is not entirely out of the question.

The Cowboys should get a one score victory here most of the time, but I certainly think 10 points is too much to be offering a tough Washington Team.

Week 16 is shaping up to be a huge week for my picks as I am already 6-0 heading into Sunday action after hitting two games yesterday including my premium pick on the Colts. I also have started my daily NBA picks last week and am 7-2 to start the season. Be sure to check my Daily Picks page every day for all my free NFL & NBA selections.