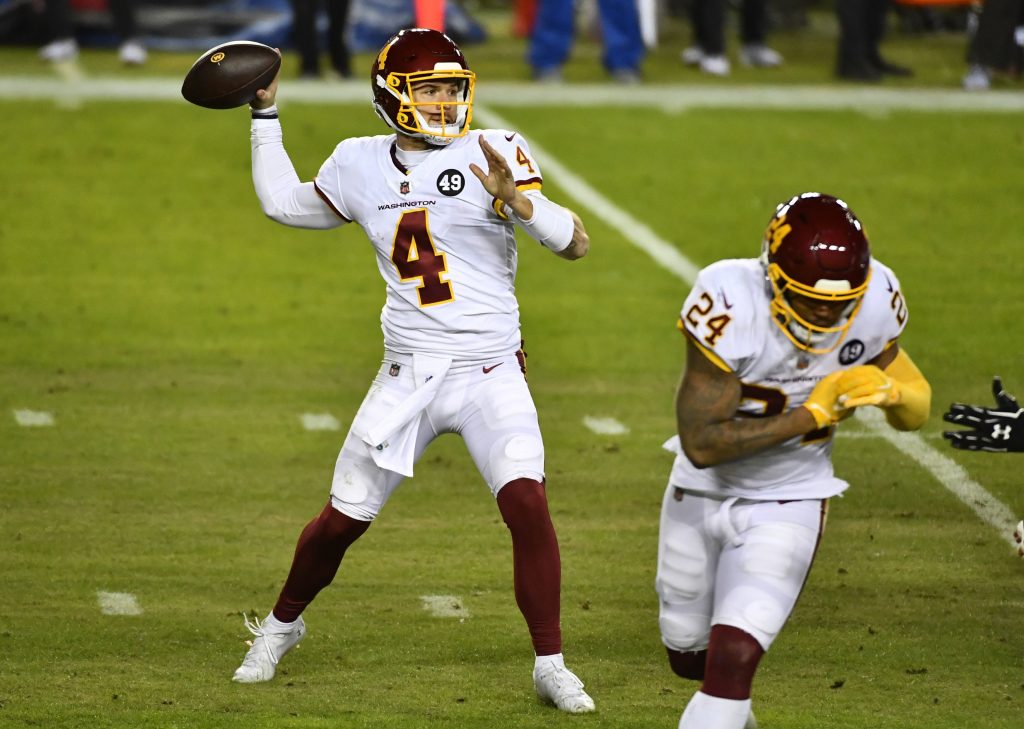 This is my favourite game of the week that pits two teams moving in different directions.

The ‘team’ pounded the Seahawks last week and the 17-15 score did not fairly represent how lopsided that game was. Washington controlled the line of scrimmage on both sides of the ball with a 152-34 edge in rushing yards. I’m also cautiously optimistic about the play of Taylor Heinicke who was an accurate 27/35.

The Raiders were absolutely gifted a win last week in Dallas they had absolutely no business winning. They benefited from 7 pass interference penalties including the one that set up the game winning field goal in OT. It seemed that Derick Carr’s entire strategy was to just toss the ball up down field and hope for a penalty, and it worked.

The Raiders cannot run the ball either and the Redskins D should be able to play deep drops to defend this pass heavy attack. That is a recipe for turnovers and a Washington win.

13 point spreads in the NFL should be reserved for quality playoff teams playing bottom league feeders.

Firstly, I am not yet convinced the Rams fit the bill for a quality playoff team. Yes they are 7-4, but their play has not been that impressive. They are still far too dependant on the passing game and are far too predictable. Really good defences should shut them down. This team looks destined to losing a Wild Card game this year.

At 2-9 the Jaguars do look like a bottom feeding team, but the numbers I track still say they are better than their record. Their defence is quite average and they can run the ball a little. Trevor Lawrence is still the weak link here, but he should be improving. I have been riding JAX for several weeks now and they have disappointed me nearly every time. I am willing to back once more before abandoning ship on the Jags. I don’t see them winning this game, but the cover seems a good bet.

Who stood up and and anointed the Eagles as a quality playoff team? The Eagles are 7 point road favourites? Really?

I know it’s the Jets and they suck, but they aren’t the worst team in the NFL. I know Jalen Hurts has been playing well and the Eagles are better recently. But my thoughts on Hurts is he is a poor man’s Lamar Jackson and his ceiling is still limited. At best the Eagles are an average team that shouldn’t be laying big numbers on the road.

Also as the season progresses, I expect the Jets to improve and even pick up 2-3 more wins and this game could be one of them. So 7 points just seems too high to me.

As NCAAF wraps up its conference championship games today, I will be transitioning into NBA over the next few week. Be sure to check my Daily Picks page for all your NBA action this season.