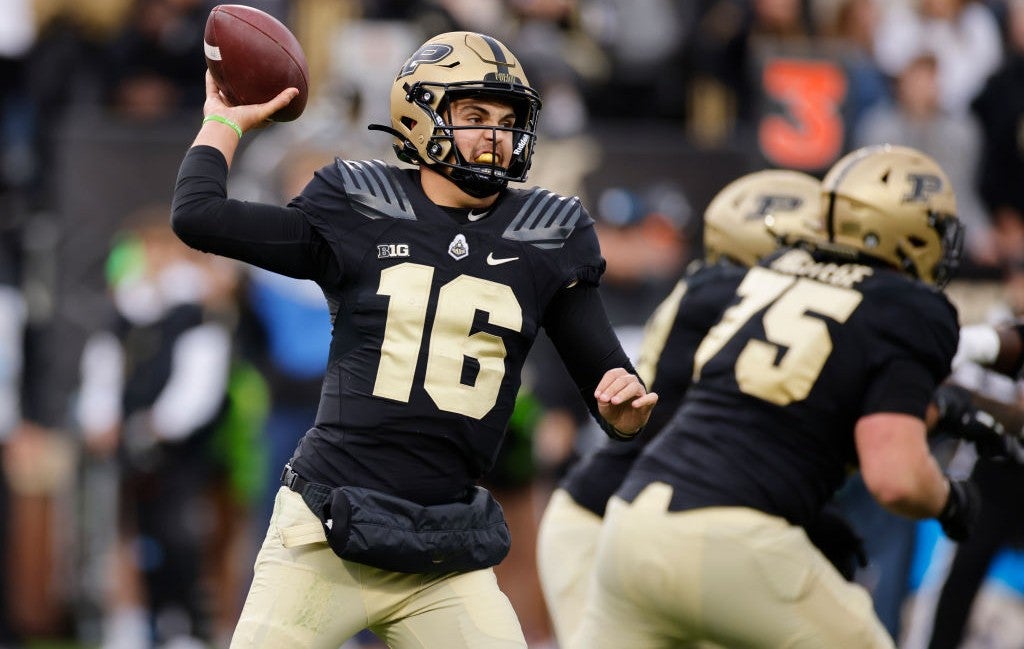 The Hoosiers have lost 7 games in a row and frankly have not even been competitive in several of them. This will be my fifth time betting against Indiana this season and they are perfect in all of them including 2 premium plays. They are by far the worst team in the Big 10, yes even worse than North Western (see below). Their QB situation is an absolute disaster and they cannot run the ball either.

I was surprised to see this is the fifth consecutive week I have bet on the Boilermakers and they are 7-3 for me in total units wagered. This team was, and continues to be under-rated. Aidan O’Connell is having a wonderful season under center for Purdue and he should have another quality game this week against weaker foe. He is not flashy, but accurate and consistently good.

Everything about this matchup screams blowout and I do not think the high point spread is going to matter by the second half.

The Wildcats are the second worst team in the Big 10 thanks to the previously mentioned Hoosier collapse. They are on a 5 game slide that included some tough competition, but really they were only able to stay close in one game against Iowa. Their best win of the season came against Rutgers, which isn’t really that impressive.

Illinois has three quality wins this season against Nebraska, Penn St, and Minnesota. But they have also played poorly in several other matchups so they are kind of a box of chocolates. Still, this is a very winnable game for the Illini and I expect them to do so. In a low scoring game (total is 43.5), the point spread is a bit concerning. But I think they get the cover by holding the Wildcats to 14 points or less.

I have been screaming over-rated about the Spartans all season to anyone who would listen. The glass slipper finally fell of this team in Columbus last as they were completely annihilated by the Buckeyes. What does that loss do to the confidence and motivation of this team with their lofty goals now extinguished? I don’t for sure but it really cannot be good for this team.

The Spartans had a tremendous run of over performance and lucky breaks all season. In retrospect they will be very proud of what they accomplished this season, regardless the result in this final conference game. I expect them to lose focus this week and let this one slip away against a Penn St that I actually have rated much higher. Spartans can still look forward to a decent Bowl game following this and get props for attempting a miracle season.

The line for this matchup seems a bit bloated to me. It is a clear rivalry game pitting two fairly close teams. In fact my numbers have the Hookies slightly higher which would suggest some value to be had on the underdogs.

The Cavaliers have lost three straight but have already locked up their bowl eligibility while the Hookies still need this game to do the same. They may have a slight motivational edge as a result. Regardless, I see no reason why this spread should be more than 3 or 4 points.

Big point spreads never get more than a single star rating from me because in blow out type games funny things happen at the end that are often just random noise. Understanding coaching motives at end of game is so unpredictable and difficult.

But I have been saying for several weeks now that the Arizona Wildcats simply are not as bad their record or public opinion would suggest. I think they keep this rivalry game under 3 TDs more than half the time and am willing to put a small wager on it.

I had another massive week in NCAAF going 20-9 last week including 3-0 on my premium picks which are 12-3 now for the season, including the Miss St loss last night. I am now 119-73 (62.0%), +36.2 units. Make sure to check my Daily Picks page regularly to get the rest free NCAAF & NFL picks for the week as I have other premium plays set to go off this weekend.