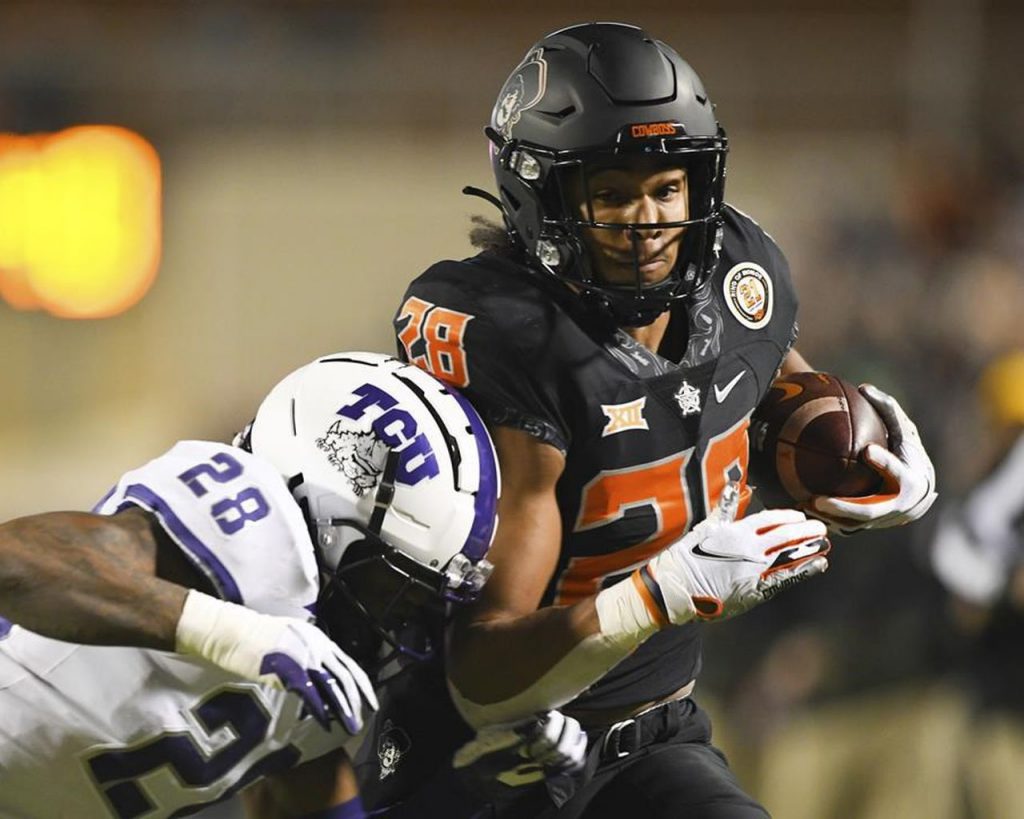 No team is surging right now in NCAAF play more than Oklahoma St. They absolutely destroyed TCU last week 63-17 and the game was not even as close as the score would suggest. They have won their last three games by a total score of 142-23 ad they should pick up another easy 20+ point victory against a below average Texas Tech team.

The Cowboys are scoring points in bunches lead by by RB Jaylen Warren with over 1,000 yards rushing and 10 TDs. But even more impressive than that is the defensive squad that I would rate second only behind Georgia. Oklahoma St still needs to beat Oklahoma and likely Baylor in the conference final to make the playoff, but I think they will do just that. At that point, there will be no team in NCAFF that will want to play the Cowboys.

The Red Raiders played well last week knocking off Iowa St at home, but I don’t expect that kind of effort from them two weeks in a row as they will not be able to score as easily against the Cowboys. They will be truly overmatched in this game and it may get away from them early.

I am making this my third premium play of the week as I think this point spread will be merely an afterthought by the fourth quarter.

The Cal Bears are sleepy team that are quietly better than their 3-6 record. They had a surprise bye week after their scheduled game against USC was postponed due to of a flu outbreak. I do not expect that to be a factor in this matchup as most, if not all players, should be cleared to play for Saturday. All the controversy and adversity this team has faced over the last couple weeks may even serve to unit the team for a more focused effort.

Stanford has been on a massive 5 game slide since their big upset win over Oregon. They really have not been competitive since that game as if that win alone made their season a success, and perhaps it did. Such is the nature of college football. Needless to say however, that is not the type of team I want to be betting money on. This CAL game can even be considered a look ahead for Stanford as they have the opportunity to knock off another highly ranked team next week at home against Notre Dame.

Both these teams are 5-5 and I have them rated very closely. I may even give a slight edge to the Hokies, but the Hurricanes have the edge in recent performances with a couple nice victories in PITT and against NC St. But with the teams being so close, I do no t feel the 8 point spread is justified. This should be a close game in the fourth quarter and I like VaTech to stay within this number.

This is mostly a gut feel type of game pick. I think the Utes may be the better team and I certainly think they will be the more motivated of the too teams, especially playing at home. A win by the Utes would eliminate Oregon (and the Pac 12) from playoff contention, so there is a lot on the line. This should be the best game to watch on Saturday night and I will be pulling for Utah.

I had another hugely profitable week in NCAAF going 17-8 last weekend including nailing both of my premium plays on PITT and Miss St. This is another loaded ticket so check my Daily Picks page for my early and afternoon picks as well as my NFL selections for Sunday.