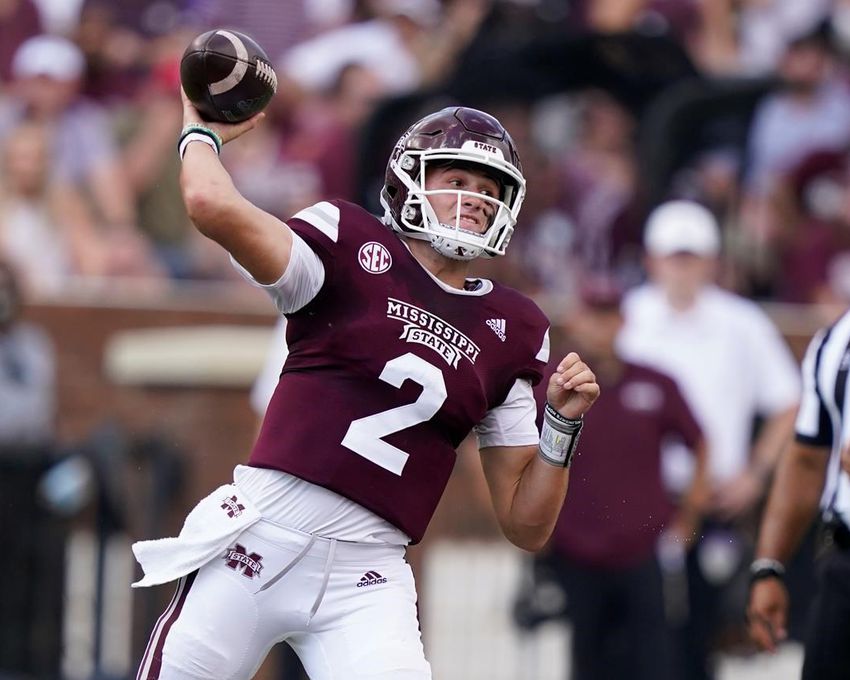 Mississippi St is another team I like much more than their record would indicate. They are 4-3, but are really unlucky not to be be 5-2 or even 6-1. They lost the inevitable game against Bama, but thoroughly dominated LSU and Memphis yet somehow managed to lose each of those games. Will Rogers is having an exceptional year and it is unfortunate he is not getting more recognition for his efforts. He is averaging 363 passing yards a game and has a 73.5% completion rate which puts him in the upper echelon of NCAAF QBs.

Kentucky is a solid team team but have benefited with a fairly soft schedule. They of course lost to Georgia, but picked a quality win against Florida. The game analysis boils down essentially to will Kentucky be able to get pressure on Rogers and forcing turnovers and sacks. The short answer is probably not.

The Bulldogs are clearly the better team in this matchup and I see no reason why they should be getting points at home to any team outside the top 5 teams. I see them getting a solid two score victory like 34-21 and I’ll make this a premium play of the week.

I have been high on the Gophers all year and I will keep backing them until the line makers adjust accordingly. They have a dominant offensive line that allows them to rush seemingly at will on most opponents. After the injury to their RB1 Trey Potts early in the season, there were concerns their rushing game would suffer but really it has not even missed a beat. It only goes to prove that a good offensive line is more important than a stud RB.

This week the Gophers travel Evanston to take on the Wildcats who haven’t showed any real signs they have a big upset in them this year. The matchup is especially bad since the Wildcats’s biggest weakness is their rushing defence. The Gophers should have a huge day rushing the ball, likely 300+ yards. This will allow them to win the game a high percentage of the time without taking a lot of risk throwing downfield.

I will make a premium play selection on Minnesota for the second week in a row, after easily taking care of Maryland.

The fighting Irish just keep on rolling and look as if they are getting stronger as the season progresses. The defence in particular has been exceptional and really should be considered in the top 5 of NCAAF.

UNC has been terribly inconsistent and really failed to live up to their expectations. They missed a tremendous opportunity for winning the ACC title in a year where Clemson already has three loses. Their best win of the season thus far was a home win against Virginia. It was a nice win, but honestly not that memorable. They possess a high octane offence that is going to have difficulties this weekend against a top rated defence.

Sacks and turnovers should be the story of the game as Notre Dame rolls to an easy win. The UNC defence will be generous to give up some easy points to seal the deal. This will be my third premium play of the card and fourth of the weekend.

Virginia has an excellent passing game lead by QB Brennan Armstrong, but I think they are going to struggle this week travelling across the country to Utah. The BYU pass rush is physically strong and likely to be the toughest they have encountered all season.

I do not feel Virginia is the better team in this matchup as the Cougars have excelled despite their difficult schedule. Virginia still lacks real quality win and the meat of schedule is still ahead of them. I can very reasonably see them losing three of their final four games, including this matchup.

I like both of these teams but the Cornhuskers have not shown a propensity to win competitive games this season, so I see this large point spread as too high. The Boilermakers have a quality passing attack so if they do find themselves down two scores late, I feel good they can get cheap points to finish the game and get the back door cover.

This line is just too high. Also Arizona is not as bad as people think and USC is not as good people think. I’ll put a single bet down on this ugly dog.

This is the highest rated card I have released all season and I tremendously excited about the opportunity for a great weekend. Make sure you check my Daily Picks page for the rest of NCAAF & NFL picks for this week. Also do not forget about a great UFC 267 card that also goes Saturday afternoon and I will be releasing my predictions for those fights later this evening. Good luck and game on.