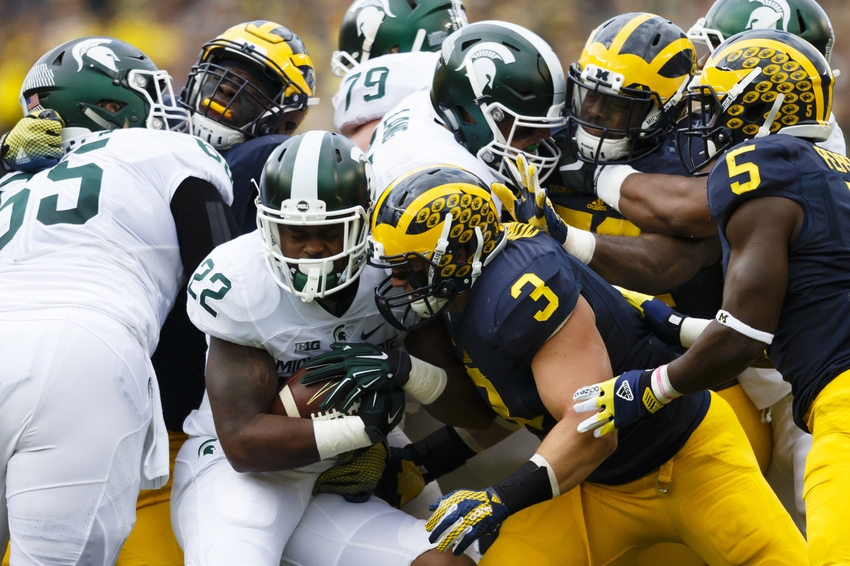 I will be going back to the well again this week with my pick for the most under rated team in the nation, Pitt Panthers lead by QB Kenny Pickett. I nailed their easy win last week against Clemson with my first premium play of the season. This week they host a bad Miami Hurricanes who do not look to be a serious threat to the Panther’s ACC championship aspirations.

Clemson did manage to hold the Panthers to a season low 27 points keeping the game within two scores. As bad as Clemson has been this year, the Hurricane’s are much worse. They had their only quality win of the season last week at home against NC St pulling off a narrow 31-30 victory in a game they were very fortunate to win.

Miami is likely to be badly outmatched in this game and I would have put this point spread at 21 points or even more. I’ll go ahead and make premium play on PITT the second week in a row.

Iowa lost two games this year already that in the box score they really should have won. Both their losses against Iowa and Baylor, where spoiled by untimely turnovers and penalties that cost them the victories. If the bounced had gone in their favour only slightly, they would still be undefeated and still in the hunt for a national playoff birth.

This is a classic example of the difference between a NCAAF ranking, and a power rating. Because of their two loses, they are rightly ranked 20th in the nation. But are there 20 NCAAF teams better than Iowa St? Absolutely not.

The Cyclones are a powerhouse on both sides of the ball. While they may not be able to compete with the best teams in the SEC or even the Big 10, I do feel think they are the best team in the Big 12. Their showdown with Oklahoma in a couple of week should tell us if this is correct or not. They do seem to still have difficulties pulling out clutch victories so it remains to be seen if they have a big upset in them this year.

But Iowa St isn’t playing Oklahoma this week but instead the lowly Mountaineers. West Virginia has a couple of nice wins on their resume this year but are still mostly a third tier team in the Big 12. This is exactly the type of game the Cyclones should be able to dominate even on the road. I like them to cruise to an easy double digit victory this week.

This is the premier matchup of the weekend pitting two undefeated Big 10 teams both ranked in the top 10 with playoff aspirations in their sights.

The analysis of this matchup lies heavily on the Spartans who are currently 8th in the country. Despite their high ranking, I could easily make a list of 30 or so teams I would rate higher than the Spartans. This is the second example of ranking vs rating in this post alone as the Spartans are not nearly as good as their record and ranking would falsely indicate.

Mich St have been the beneficiaries of an extremely soft schedule getting off to their 7-0 start. Their only quality win came against Nebraska where they were very fortunate to get a close OT victory. The Spartans are about to hit the meat of the schedule starting with this game and I think they will be exposed for the average to bad team they actually are.

Michigan has been dominant this season in particular running the ball and at the line of scrimmage. I expect them to have another good game running and shouldn’t have to take too many chances to get the job done. They need to keep care of the ball and prevent the big plays down the field that Mich St likes and the victory should be theirs for the taking.

I was hopeful this line would have been a bit shorter than 4 points as it could be a close game late, but the Wolverines should get the SU victory in this matchup a high percentage of the time.

Bijon Robinson is the number one running back in NCAAF right now. He will make some NFL team and fans very happy next year so I hate betting against him, but I will regardless. The Longhorns just cannot hang on to double digit leads, which seems like it should be the strength of a team with such a RB stud as Robinson. I would prefer seeing the Longhorns slow down the pace of their play and dominate the line of scrimmage with their rushing attack. Instead, the coaching staff seems insistent on getting into high scoring gun fights which I feel cost them a couple of games including the one against Oklahoma.

Baylor is a very talented team which I actually have rated higher than Texas so this line does seem a bit short. I see the Bears executing the very game plan I hoped to see the Longhorns would utilize, a dominant rushing attack combined very few team errors. Football is an easy game when you boil it down, rush for 200 yards and don’t turn the ball over. It is an easy path to victory most weeks.

The Missouri defence has been absolutely terrible so far this year, possibly the worst in NCAAF. Even Kansas put 300 rushing yards against this defensive line, which should absolutely never happen. With this type of defence, what business do they have laying 16 points on the road in a conference game?

I know Vandy isn’t very good, but even they could put up 20 points against this Tiger defence. Add another 16 on the point spread and Missouri may need to score 40 just to cover this game and I just do not think they can do it. It is also a lookahead game with Georgia on deck for the Tigers.