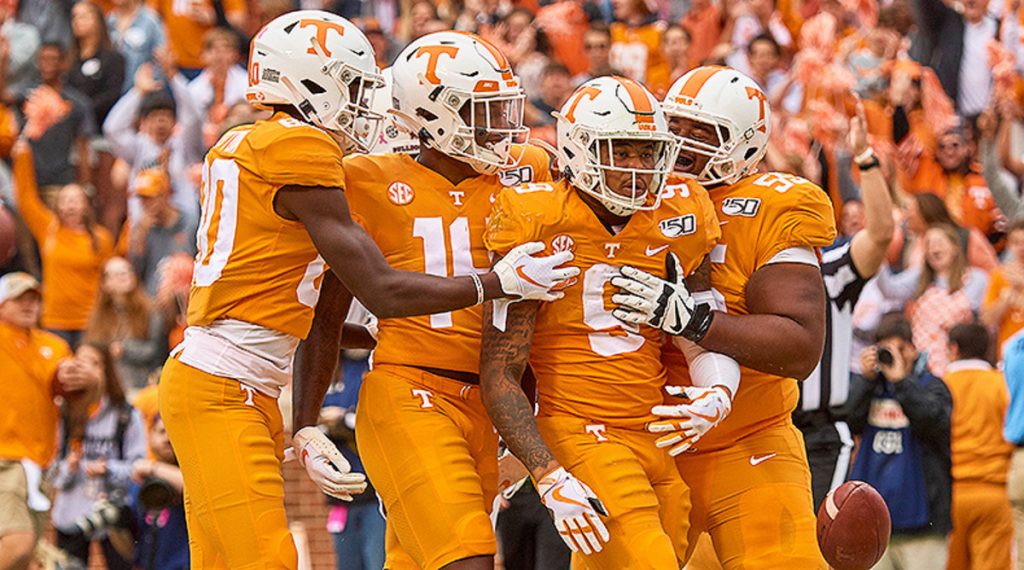 The Volunteers are a team that have been surging up my NCAAF power rating the last few weeks. This team opened their 2021 season against two really tough teams in PITT and Florida, losing both. Since then, they dominated two weaker opponents MIZZ and S Carolina looking very impressive in each rushing for 257 and 458 yards respectively.

The total for this game is a crazy 82 points with tells us to expect a crazy shoot out and it may take 49 points to win. The key to victory is likely to come down to something small such as ill timed penalty, a fumble, or a fourth down red zone stuff.

It is in these types of games that I want to be on the home team. Home field advantage is most significant in these types of battles where crowd noise and referee bias can virtually be the difference in the game.

Ole Miss is a quality team, but we haven’t seen enough from them yet this season to see if they will be a dominant team. There argument could be made that TENN is actually the better team in this matchup and should be the favourites. I will be taking the home team with the free field goal to start. Give me one unit on the points (most books will make you pay the juice at -120) and give me another on the money line (+120).

The Cyclones are a team that simply have not lived up to their own expectations so far this season. They have two loses already and really should have won both of them. Against Iowa they gave up 3 INTs and a fumble from which the could not recover. At Baylor they had another red zone tipped pass INT, a special team TD allowed, and missed the 2-point conversion on the final play of the game to force OT.

Sometimes quality teams simply cannot find ways to win close high pressure games and it seems that the Cyclones are one such team. Fortunately this week they face an inferior opponent in Kansas St and I expect them to get an easy victory when there is no pressure to win. My power ratings still really like the Cyclones so I am willing to back them down the stretch now that their perceived value is lower.

Jayhawks played Oklahoma tough last week and they may have a bit of a let down after losing their biggest game of the year. At first glance Iowa St may seem an easier game than Oklahoma, but they may find out quickly that it won’t be. The Sooners were laying (-10.5) in K-State but the Cyclones are only putting up (-6.5) so I think there is a bit of value there.

I feel strongly that NC St is the better team in this matchup. Both teams are have a common opponent in Clemson in the past three weeks so I went to back to watch parts of those games. The Wolf Pack really dominated Clemson in their matchup and should have won the game by multiple scores instead the needing OT to get the job done. In contrast the Eagles offence looked bad against Clemson and they were fortunate that the Tigers didn’t capitalize on more of their opportunities and get a blowout.

I like the NC St defensive line and I think the will get a lot of pressure on Boston College who will struggle to run the ball. The Wolf Pack offence is just efficient enough to score enough points in this game and cover the low point spread in what should be a low scoring game.

Make sure you check out my Daily Picks for all my NCAAF picks and my late release NFL selections will be released Saturday night.