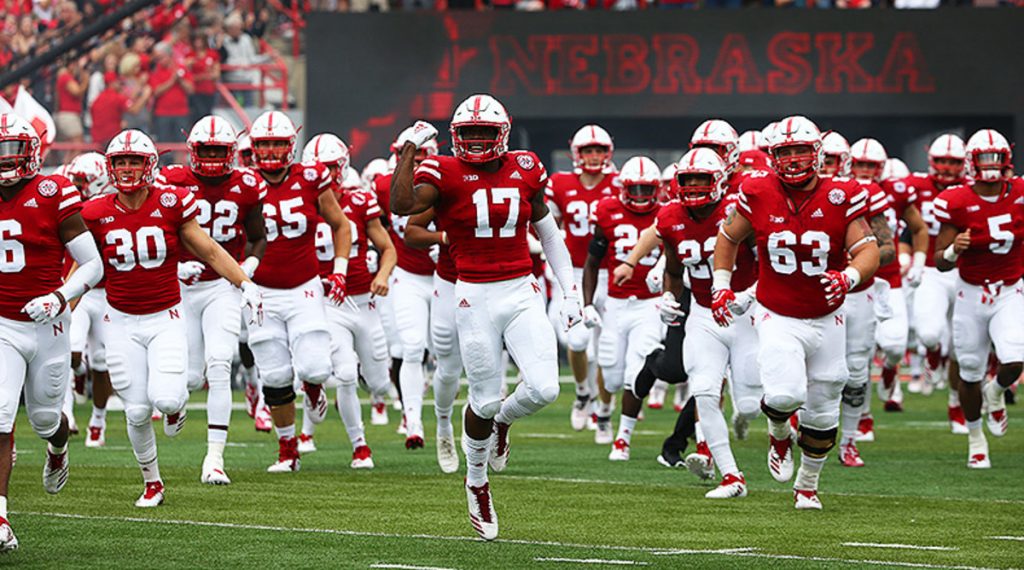 The Corn Huskers were upset in week 0 against Illinois and at that point of the season, Nebraska fans were calling for the head of coach Scott Frost. Since that game, the Corn Huskers have been steadily improving and have now covered 5 consecutive games. I feel it is time for me to jump on this train.

Nebraska has a well balanced offence averaging over 200 yards per game in each category. This is obviously important as it make it far more difficult for opposing coaches to scheme defensive options against you. The Michigan offence in contrast is far more weighted towards the run and they struggle passing the ball.

I worry about the Wolverines soft schedule so far. Sure they beat down Wisconsin, but everyone does that now so they really do not have a quality win to date. The Corn Huskers will enjoy a huge emotional advantage playing before a crazy sold out crowd in Lincoln for a nationally televised game. An argument could be made the Nebraska is actually the better team in this matchup and should actually be favoured.

This line opened at (-3.5), but most places are offering only 3 points now. I’ll make this my NCAAF double play for the late game. Give me one unit one the point spread and another on the money line.

Both of these teams have losses this year against Bijon Robinson and Texas. The Horned Frogs dropped a 32-27 decision last week but the Red Raiders however, were simply embarrassed 70-35 while allowing 303 yards passing and 336 yards rushing. This gives me some serious concerns about Tech’s defence, in particular their ability to stop the run. Their three wins to open the season were all out of conference games against weak opposition and have to be discounted, but they rebound nicely last week against W Virginia.

So despite the Red Raider’s 4-1 record, I have the Frogs as clearly the better team in this matchup. It it difficult to guess which Texas Tech is likely to show up on Saturday, but I’m not in the business of guessing. I’ll take the better team that has the biggest chance of getting the victory.

There has been a lot talk this past week about the fate of LSU head coach Ed Orgeron. The calls Orgeron’s firing have been loud this past week after their embarrassing loss at home to their rival of Auburn and their poor performances so far this year. The cries are deemed premature by many since he is just 2 years removed from a National Championship team. Regardless of which side of this debate you stand on, this is a problem for the Tigers.

If any of the rumours are true about the head coach losing the confidence of his team, it could spell disaster for the remainder of this season. This is a team that simply looks like they have lost confidence. This Kentucky game will be the second of six consecutive games against currently ranked opponents for LSU and it is not completely inconceivable they could lose all six.

In most seasons, a trip to Kentucky for the Tigers would be an easy win, but not this year. If you look strictly at the power numbers for this season, Kentucky is the far superior team and should be favoured by as many as 14 points. The true line isn’t likely that high, but I feel it should certainly be more than just (-2.5).

If LSU does go into tank mode, I will be there ready to profit.

This is mostly a strength of schedule play as I still do not feel the Irish have a quality win yet this season. Sure they beat Wisconsin, but the Badgers really gave that game away more than anything. Their best win was against Purdue, but they really should have lost the game to Toledo on top. Last week their hopes of a National playoff slot were destroyed by Cincinnati and I expect a major letdown this week as a result.

Notre Dame is emotionally ripe for their second loss of the season as they travel to Virginia to play a tough Hokies team.

My NCAAF Early Kickoff Games were already released earlier this week and the afternoon games came out Friday so make sure you are on my Daily Picks page frequently to get all you football picks for free. It’s a huge weekend of sporting action as I also released a best bet on Saturday’s UFC Fight Night card.