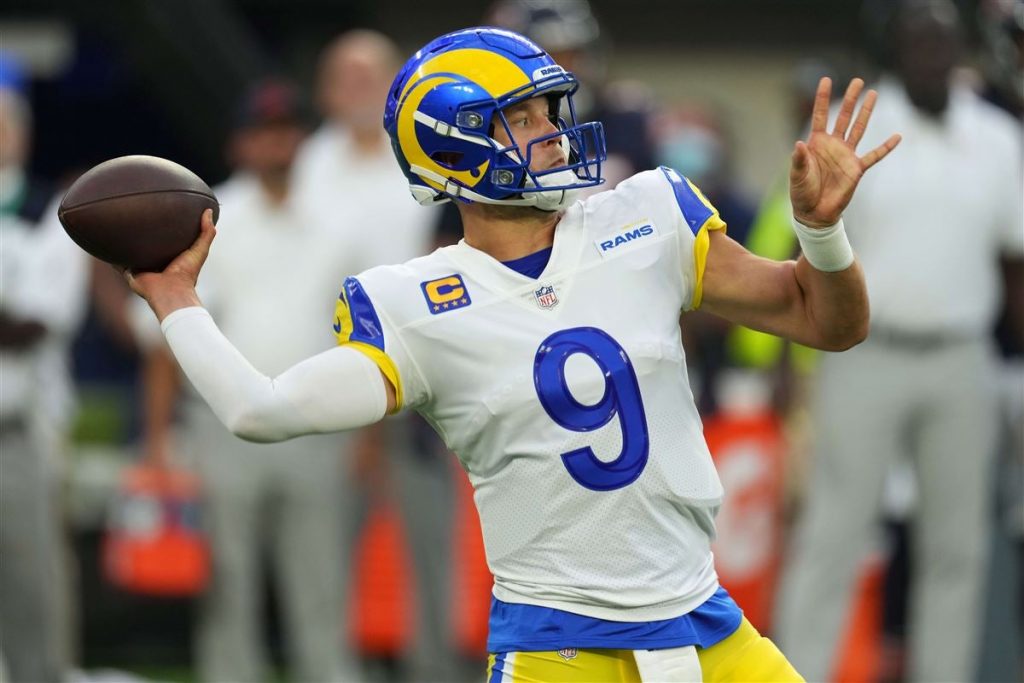 This should be the best game of the week and pits the two favourites right now to reach the NFC Championship game.

I must to admit to getting crushed by Brady & Co last year in their Super Bowl run. This Bucs on paper, should not be as good as their record indicates. Brady does seem to be an outlier to most statistical analysis as he just seems to always win close games. Many people would go as far as saying that Brady gets too many favourable calls by the referees and I would be hard pressed to argue against that.

It seems that I am somehow a gluten for punishment though as I just do not see how the Bucs should be road favourites in LA against the Rams. The Rams are a well balanced and well coached team with high aspirations for this season. This is a far more important game for the Rams who look to make a statement in this matchup by beating the champs.

There is almost no chance that the Bucs go undefeated this season and this game likely represents their toughest matchup of the regular season. I’ll just go with my gut on this one and make it my double play of the day.

I’ll take the Rams to get a quality win here or possibly lose 31-30.

The Patriots have been solid and consistent so far this season. They are a red zone fumble away from being 2-0 and I have them rated in the top 5 so far this season. Mac Jones has stayed within his system and has been mostly effective so far while not taking too many chances.

The Saints are the definition of inconsistency. They looked like champs week 1 crushing GB, but then laid an egg against CAR the following week. I don’t like betting teams like that as there is always a higher than normal chance of them getting blown out. Even if they do play a good game, they may still lose in NE.

Patriots defence picked off Zach Wilson 4 times last week and Jameis Winston is well known for being generous with INTs, so that may prove to be a problem in this matchup.

The Dolphins were humiliated last week in Buffalo 35-0. This is one of the few system plays that I will actually put money on as teams who lose by 30+ points SU in the NFL cover at a rate of around 60% the next week.

This eye-popping stat results from a combination of linemakers over adjusting and the NFL teams being full of professional athletes who generally have pride in their craft and wanting to avenge the previous week’s poor performance. This system does not work as well in NCAAF were you are dealing with student athletes.

The Raiders won both their first two games with great passing performances by Derrick Carr. LV was unable to run the ball in either of these two games however, which is sure to catch up with them eventually. Dolphins still have an above average defence and could shut down this one dimensional offence.

Tua Tagovailoa is hurt and the Dolphins will be starting Jacoby Brissett at QB. I’m not sure how effective Jacoby will be, but honestly Tua was not playing well anyway so I don’t see this as much of a downgrade.

This line opened at (-5.5) for the Raiders but has seen a lot of action for MIA and it has dropped significantly. I got this bet in at (+4), but you should still be good if you have to take (+3.5) where it sits most places right now.

Make sure you check back here regularly on my Daily Picks for all your football picks for free. I have a big double play lined up for MNF selection so make sure you don’t miss out.